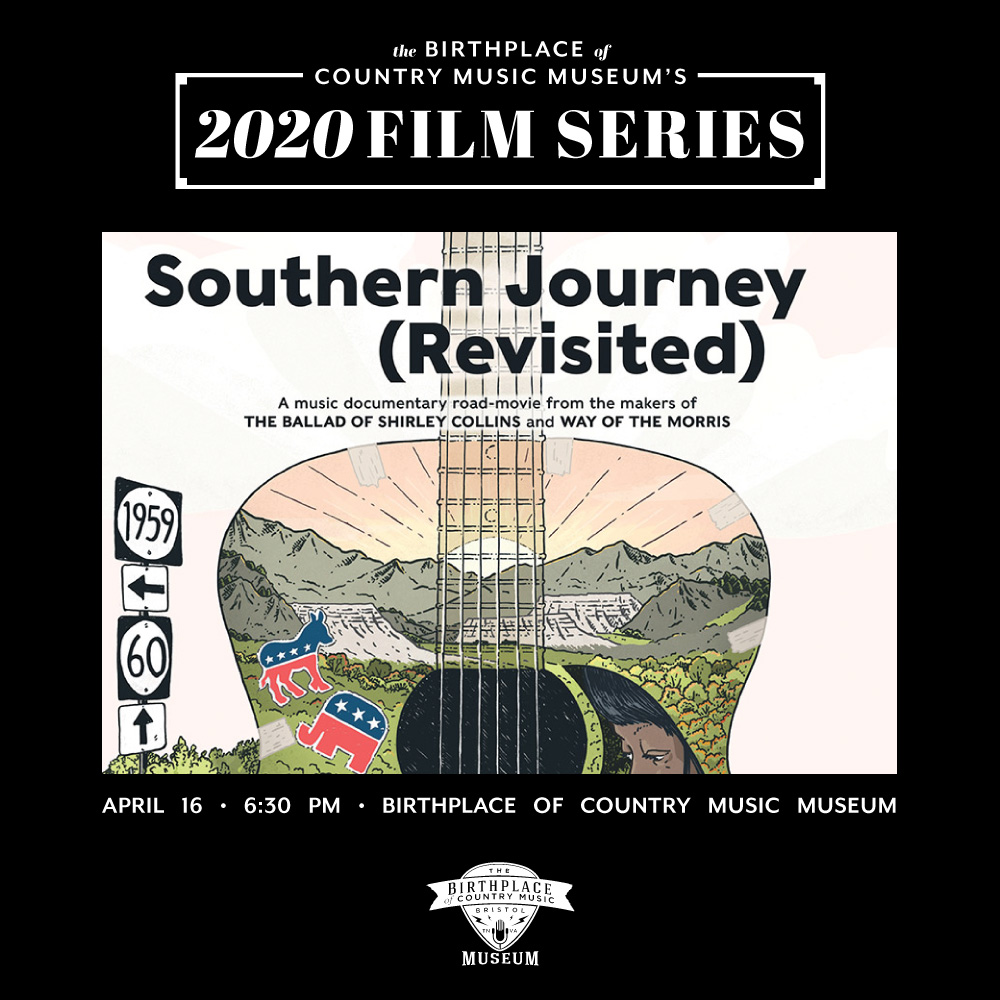 In 1959 the noted ethnomusicologist Alan Lomax embarked on a road trip through the Southern States, armed with a pioneering stereo tape-recorder. This was a world on the cusp of monumental change, and the recordings that Lomax made on that trip serve as both a definitive collection of traditional roots music and a unique social document of the times. 60 years later, filmmakers Rob Curry and Tim Plester retrace Lomax’s “Southern Journey” in search of echoes of the recordings that he left behind. Both a music documentary and a freewheeling travelogue, the film also takes the pulse of the nation – exploring how these regions have changed and illuminating what remains. Introduction and musical performance by The Robey Family Band, discussion with co-director Rob Curry, moderated by Emily Robey Morrison (The Front Porch).

Exploring the sounds and history of the Southern States, Southern Journey (Revisited) is both a music documentary and a road movie. Set against the incendiary backdrop of the 2018 mid-term elections, and accompanied by a glorious soundtrack of blues and bluegrass, hollers and spirituals, the film retraces the route of an iconic song collecting trip from the late 1950s – Alan Lomax’s so-called “Southern Journey” – seeking out echoes of the past and clues to the future.

The film’s haphazard and colorful cast of characters help provide a much-needed riposte to certain widely held and enduring beliefs about the South. Made at a time when the hard-won victories of the Civil Rights movement (which served as the backdrop to the original Southern Journey) are being challenged, the film travels beyond reductive stereotypes to explore instead the diversity and complexity of an area steeped in a fertile musical heritage.