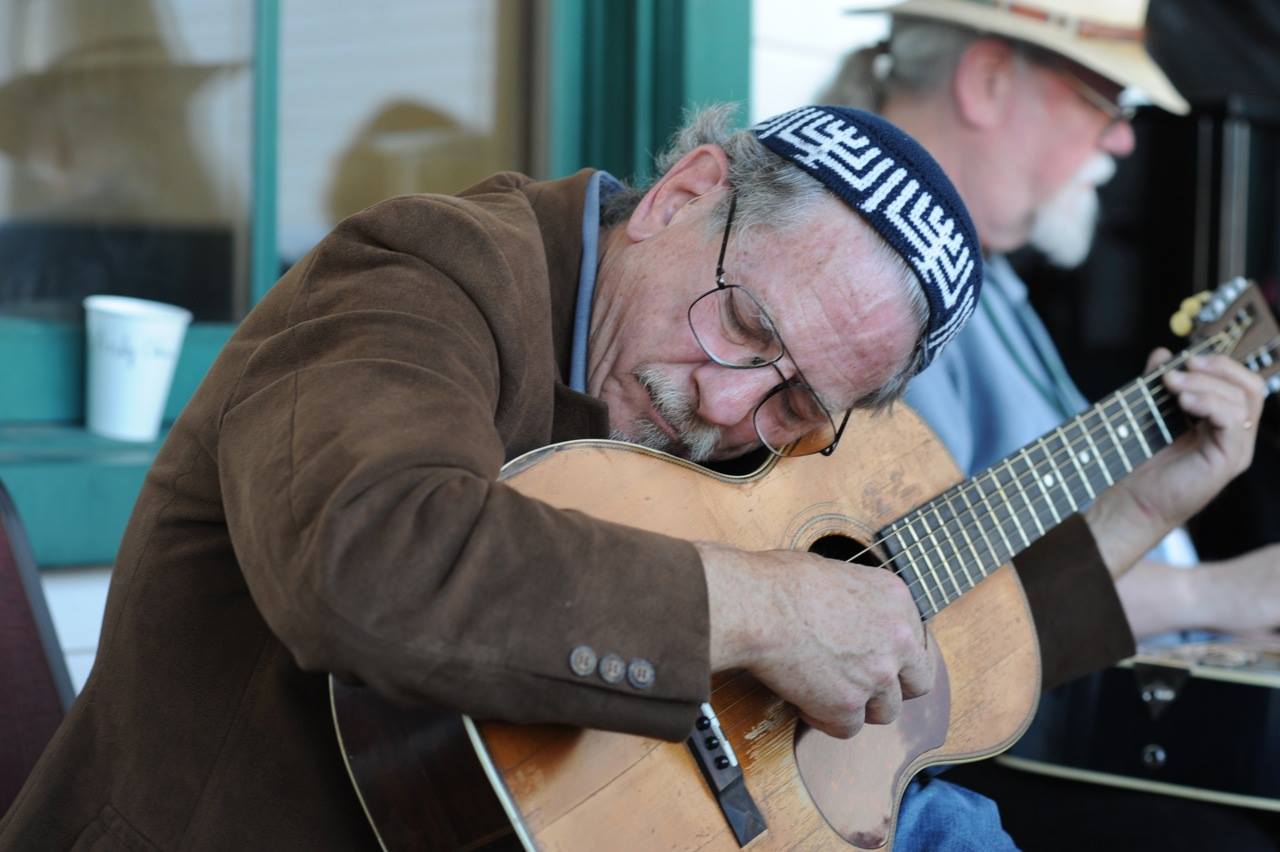 Memphis blues musician Andy Cohen returns to Cowan to offer a guitar workshop May 24, 2018 at the Cowan Center for the Arts as he heads west after a busy week of performances and presentations at the 11th annual conference of SERFA, the Southeast Regional Folk Alliance, in Montreat, North Carolina.

Cohen’s deep knowledge and understanding of the folk, blues, and roots musical traditions and his virtuoso finger-style guitar performances have won him acclaim in acoustic music circles. Over the years, Cohen has toured or worked with many of the blues greats including Rev. Gary Davis and Son Thomas, and has helped to support a number of his mentors and promising younger musicians by organizing festivals and other performances. He has also worked to spread his knowledge through classes, workshops, and, he says, “anywhere people are making music.” He has received the prestigious Eisteddford Award from the Folk Music Society of NY for “his outstanding contributions to the field of traditional music, as performer, collector, and advocate”, and a Lifetime Achievement Award from the California Autoharp Gathering.

Cohen’s guitar workshop will be held on May 24 from 5 – 7 p.m. at Cowan Center for the Arts. The workshop will focus on Piedmont Blues fingerstyle guitar. Cohen says “What’s called Piedmont Blues is awfully similar to what’s called Travis Picking. Pickers who play a melody against a constant alternating bass line done with the thumb, and all the complications that arise from that interaction, distributed all over the South but more thickly in the eastern regions. The technique which probably arose in Africa, is common in both Black and White playing. Most early players used just the thumb and index finger to accomplish it.

“This workshop is designed to highlight the several secrets of one of those master players, Rev. Gary Davis, who was a school of music unto himself. If you can do even a little of his music, it illuminates all the rest of it and makes it accessible.” The workshop is limited to 15 participants, and costs $20 per person. The long running weekly Cowan Acoustic Jam will follow from 7 p.m. until 9:30 p.m., moving to the Center for the Arts this week from its usual location at the Franklin County Arts Guild’s Artisan Depot Gallery.

Cowan Center for the Arts at Cowan Community School