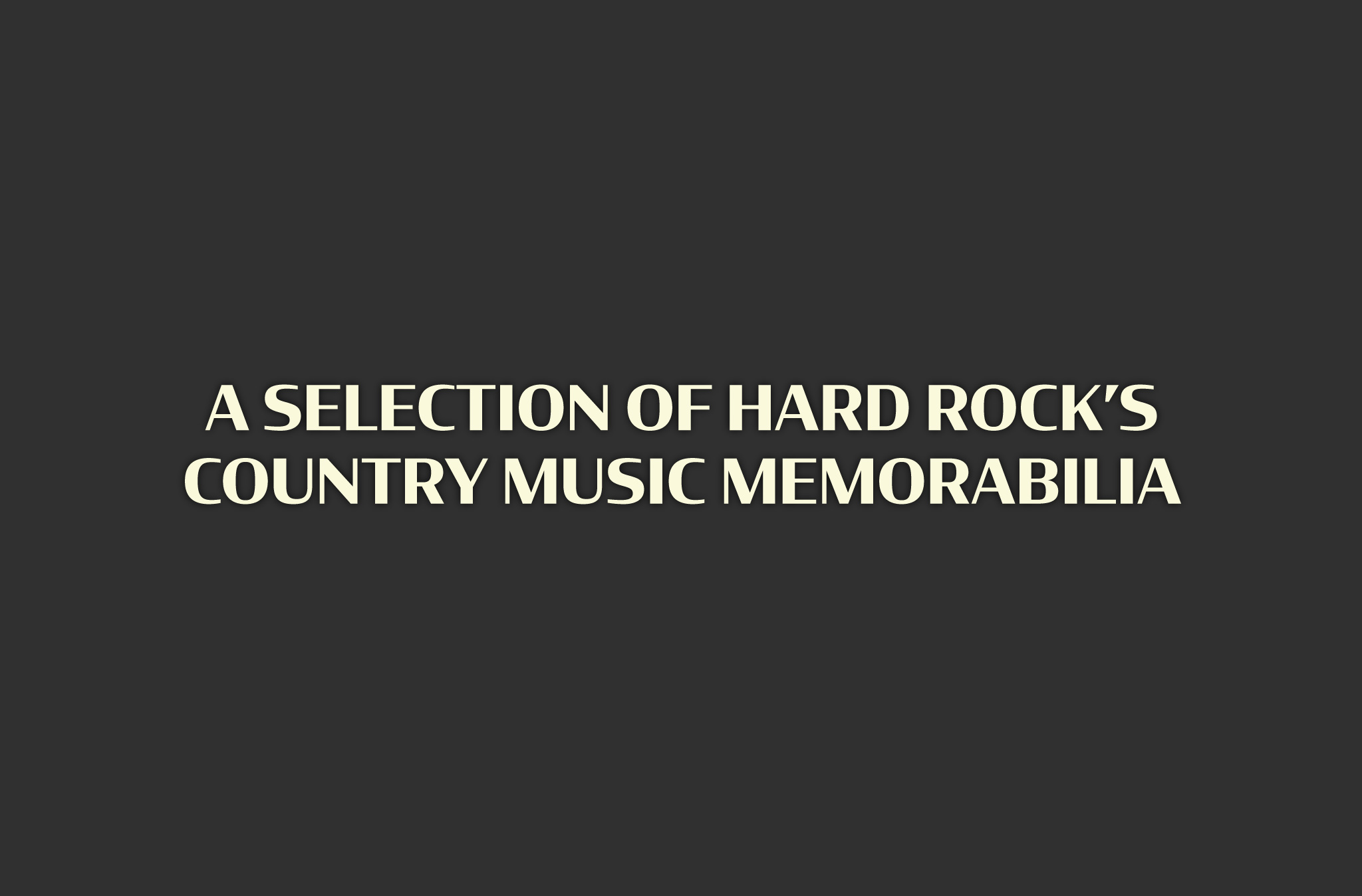 The Birthplace of Country Music Museum and Hard Rock International have partnered up to bring priceless items from Hard Rock’s vast collection of country music memorabilia to Historic Downtown Bristol for exhibition. Hard Rock items featured in the museum’s new Honky Tonk special exhibit include costume pieces worn by Loretta Lynn and the Queen of Appalachia herself, Dolly Parton, and well-loved instruments owned by the likes of Hank Williams and Waylon Jennings, and the iconic red-white-and-blue acoustic guitar belonging to Buck Owens.

Several other Hard Rock items are on display in the main part of the museum. As a tip of the hat to the region, Kenny Chesney’s Takamine G501s acoustic guitar is included in the collection; Chesney is among the first alumni of East Tennessee State University’s Bluegrass, Old-Time, and Country Music Studies program to achieve fame. He also recorded his first demo at Classic Recording Studio in Downtown Bristol. One of Garth Brooks’ guitars, a Roy Acuff guitar, and an outfit worn by Carrie Underwood are also on display.