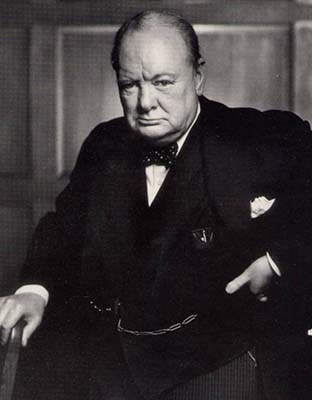 Randolph Churchill, Sir Winston Churchill’s great grandson and president of the International Churchill Society, will speak at the first conference hosted by the Churchill Society of Tennessee in March. The conference is March 23-24, 2018, and will be held in Nashville and Franklin, Tennessee.  Registration is at https://churchillsocietytn.org/regional-conference.

The local society formed in 2016 as a chapter of the international society which promotes the legacy of Sir Winston Churchill, Britain’s prime minister during World War II. Churchill Society of Tennessee president, Dr. John Mather, said the society members “enjoy convivial conversation while gaining a greater appreciation for THE MAN of the 20th Century.” The conference is a chance to explore the man and his words, interests and life.

Churchill’s great grandson is the featured speaker and will kick-off the Schermerhorn Symphony Hall Friday evening concert of the Nashville Symphony Orchestra. He will be reading two of Sir Winston Churchill’s speeches to the accompaniment of a string quartet with music composed by Belmont’s Don Cusic.

As it is Music City, many conference sessions are devoted to the various aspects of Sir Winston Churchill’s great appreciation for all kinds of music. Nashville Symphony Conductor Giancarlo Guerrero will be delivering the keynote address: “Churchill Did Not Have a Tin Ear” on Friday morning. Sessions will continue throughout the day at the Schermerhorn. Saturday, the conferences moves to Franklin, where the local chapter was founded, for a review of Churchill’s insights into the Civil War in the US, including a focus on the Battle of Franklin in 1865.

More information on the full program of activities, registration and the hotel (including early bird info) can be found at  www.churchillsocietytn.org.