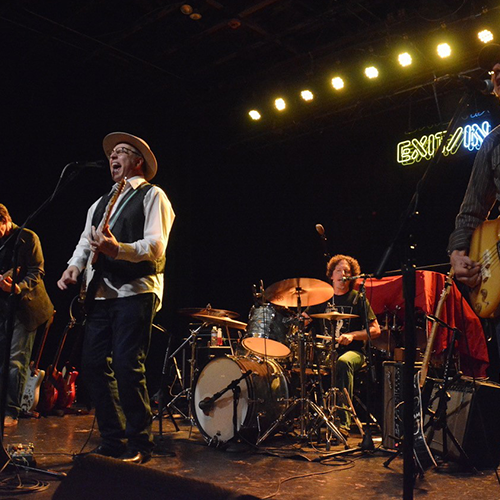 Owsley Manier and Brugh Reynolds opened the Nashville club Exit/In—named so because the door to the place was in the back—in September 1971. Located at 2208 Elliston Place, on what is now known as the Rock Block, and selected for its proximity to Vanderbilt University, the venue has hosted a wide range of notable acts through the years: Jimmy Buffett, Chuck Berry, Guy Clark, Rodney Crowell, Charlie Daniels, John Hiatt, Waylon Jennings, Billy Joel, Steve Martin, Bill Monroe, John Prine, the Ramones, Red Hot Chili Peppers and R.E.M. have all performed there. In honor of the Exit/In’s recent 50th anniversary, the museum’s Peter Cooper will lead this conversation with regular Exit/In performers Dianne Davidson, Jason Ringenberg and Webb Wilder. Dianne Davidson, one of the first acts to perform at Exit/In, has recorded five albums, toured as a member of Linda Ronstadt’s band and provided backing vocals for Jimmy Buffett, B.B. King, Barry Manilow, Leon Russell and Tammy Wynette. Jason Ringenberg is a singer-songwriter and guitarist, and the lead singer for the alternative country band Jason & the Scorchers, who earned the Americana Music Association’s Lifetime Achievement Award for Performance in 2008. He released a solo album, Rhinestoned, in 2021. Like Ringenberg, Webb Wilder is a leading light of Nashville rock. Beginning in the 1980s, he proved himself to be, as advertised, “The Last of the Full-Grown Men.” Wilder released his 11th album, Night Without Love, in 2020. Presented in support of the exhibition Outlaws & Armadillos: Country’s Roaring ’70s.