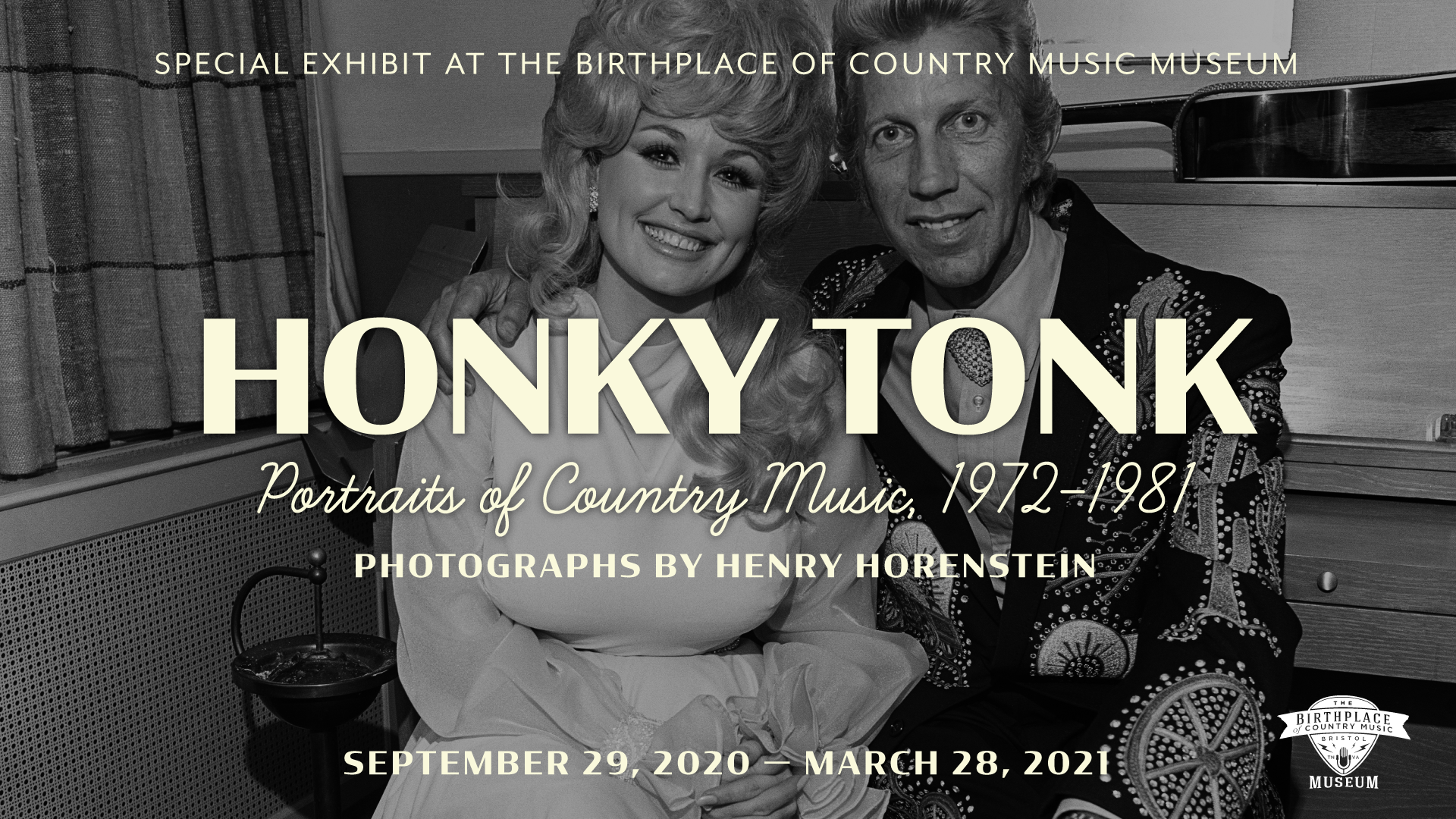 In the 1970s, photographer Henry Horenstein shot album covers for upstart bluegrass label Rounder Records. But in his off-hours, he soon became unofficial photographer to the culture of country musicians great and small, and their dedicated fans. It’s a world that looks quite a bit like country songs sound: full of hard-working operators and lonely dreamers, half-full glasses and scorpion belt buckles, and a few tall hats, boots, and bottles as well. It’s the world of the honky tonk.

A candid, affectionate glimpse into the real country music scene as it was performed and lived, Honky Tonk: Portraits of Country Music, 1972—1981 is a parade through the early years of future great performers like Dolly Parton and Del McCoury, and already established legends like Mother Maybelle Carter and Don Stover. It is a time capsule of an important era in country music set within family music parks and music festivals, the Grand Ole Opry, and Nashville’s Tootsies and other well-loved honky tonks. Horenstein’s lively portraits of the community preserve the scene where musicians and fans, cowboys and townies, converged to step out, strum, and strut their stuff.

The museum will be offering a variety of educational and engaging public programming to accompany the Honky Tonk exhibit. Keep an eye on our website or subscribe to our eNewsletter to learn more!

Special thanks to the Massengill-DeFriece Foundation for their support of the exhibit at the Birthplace of Country Music Museum.

Henry Horenstein has been a professional photographer, filmmaker, teacher, and author since the 1970s. He studied history at the University of Chicago and earned his BFA and MFA at Rhode Island School of Design (RISD), where he studied with Harry Callahan and Aaron Siskind.

Henry’s work is collected and exhibited internationally, and he has published over 30 books, including several monographs of his own work such as Histories, Show, Honky Tonk, Animalia, Humans, Racing Days, Close Relations, and many others. He has also authored Black & White Photography, Digital Photography, and Beyond Basic Photography, used by hundreds of thousands of college, university, high-school, and art school students as their introduction to photography. His Shoot What You Love serves both as a memoir and a personal history of photography over the past 50 years.

In recent years, Henry has been making films: Preacher, Murray, Spoke, Partners, and Blitto Underground, which will premier this fall (2021). Henry is professor of photography at RISD and lives in Boston.