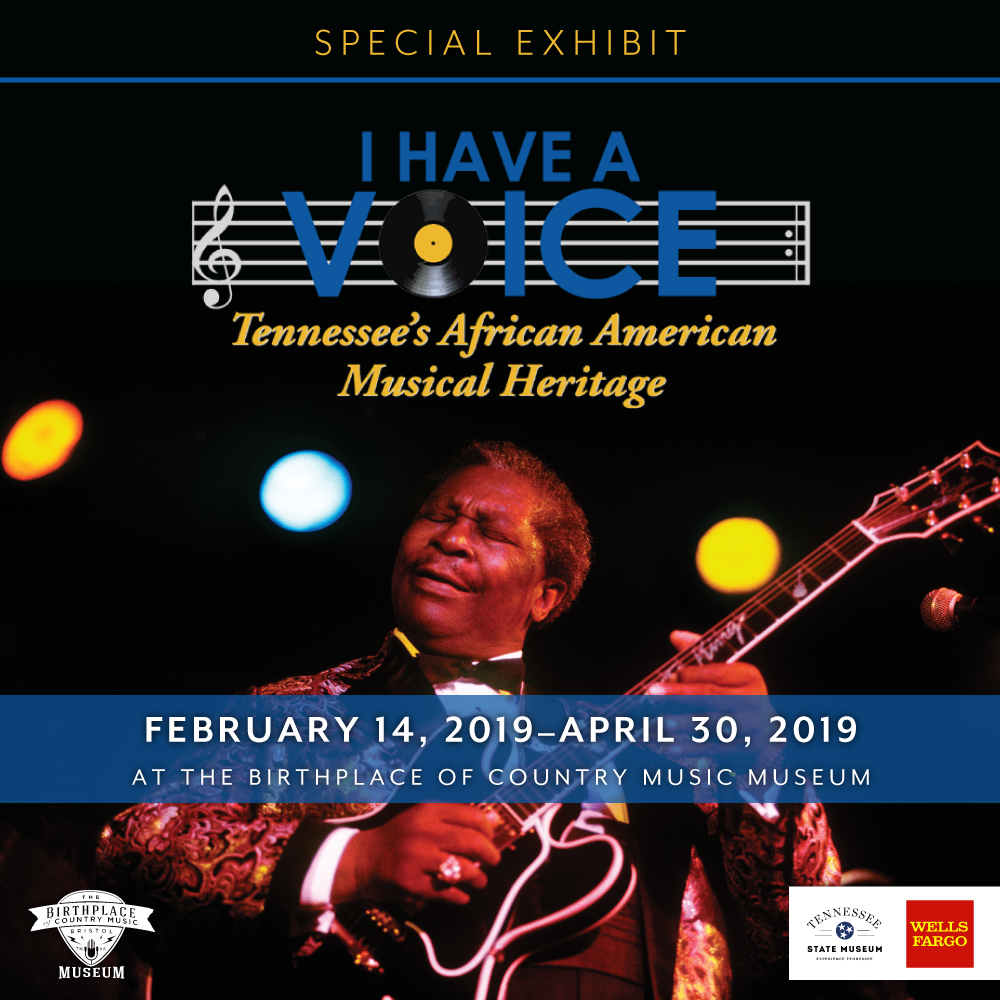 Special Exhibit: “I Have a Voice: Tennessee’s African-American Musical Heritage”

The Volunteer State has been the birthplace of some of the most influential music in the world, illustrated by the Beale Street blues clubs in Memphis, the R&B scene on Nashville’s Jefferson Street and Knoxville’s Gem Theater. “I Have a Voice” gives a snapshot of African-American Tennesseans’ important contributions to American music, including spirituals, blues, ragtime, jazz, gospel, rhythm and blues, rock and roll and soul music. In turn, their music has influenced and enriched music around the world. From the early blues legends of W.C. Handy and Bessie Smith to the soul hits of STAX Records in Memphis, visitors can learn about various performers, getting the chance to hear the voices and the stories of many of the African-American musicians from Tennessee who made their mark on American music and beyond.