What You Need to Know About TVA’s Fuel Cost Adjustment 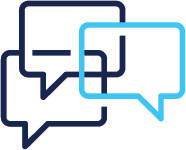 As discussed on page 4 in this month’s “Between the Lines” column by MTE President/CEO Chris Jones, members can expect to see a slight increase in their bills due to TVA’s fuel cost adjustment. Learn more about the FCA and what it means for members.

What is the TVA fuel cost adjustment?

The Tennessee Valley Authority generates electricity for nearly 10 million consumers in the seven-state Tennessee Valley. TVA sells its power to local power companies (like MTE) that, in turn, distribute and sell the power to homes and businesses in their service territories. TVA uses the fuel cost adjustment (FCA) to help recover fuel and purchased power costs. In this case, fuel refers to what generates electricity — nuclear, natural gas and coal — rather than gasoline. Various factors affect these costs, including weather and global supply and demand issues.

How is FCA calculated?

The FCA is calculated monthly as generation fuel costs and the cost of power TVA purchases from other suppliers rise and fall. It is based on TVA’s forecast fuel and purchased power costs for the month, adjusted for any over- or under-collections in previous months.

Why does TVA need an FCA?

TVA began using the FCA in October 2006 after a spike in fuel costs caused by hurricanes Katrina and Rita the previous year. The FCA ensures TVA recovers costs as they occur, helping TVA better match its revenues to expenses. Many utilities across the country use similar mechanisms to adjust their rates. Often, it is called the PCA, standing for “purchased cost adjustment,” to cover variabilities in fuel costs for power generation and the impact of peak demand on the electricity markets.

Why do consumers pay for fuel?

When the costs for these fuels change, TVA’s costs to make electricity also change. The FCA is the mechanism TVA uses to pass along quarterly increases and decreases in fuel costs to customers. Market costs for the fuels used to generate electricity — natural gas, coal, nuclear and others — are influenced mainly by temperature and supply-and-demand conditions.