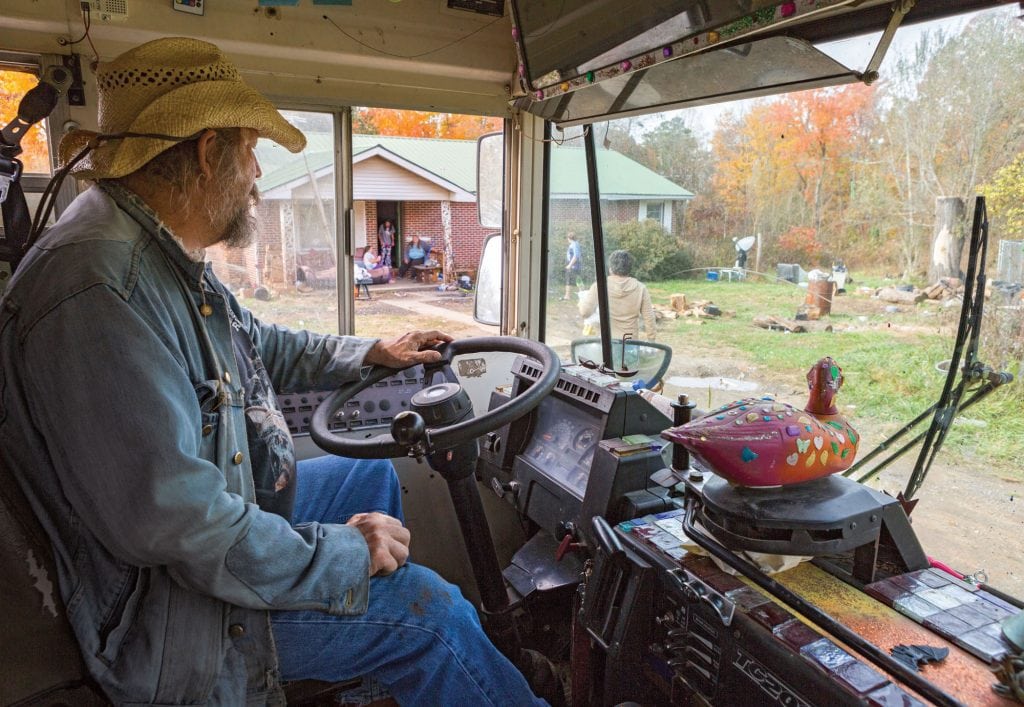 Blowing the horn upon arrival, Jack Stoddart stops at Alice Vaughn’s home in Honey Springs to drop off food, staples and clothing to help the family make ends meet. The bus was donated by Steve and Cindy Cooper of Cooper Recycling in Livingston to help make the Stoddarts’ mission to help a little easier to accomplish.
Features

A Drive Against Poverty

‘Hippie Jack’ Stoddart and wife Lynne distribute money, food and clothing to their neighbors in need

Your cell phone won’t likely work in Crawford. The nearest Wi-Fi connection is in the county seat of Livingston or in Monterey, the town you drive through when you get off the highway. Fifteen miles north of Interstate 40 off exit 301, Crawford has a population of about 2,500.

With road names like Muddy Pond, Dripping Springs and Burnt Tree, you know this is old Appalachia. In the right hollow, in just the right light, you can imagine what it must have been like for those first handful of settlers some 300 years ago. And not a lot has changed along some bends in these roads. Local folks are steady and stoic, their genealogy stretching back through these mountains for centuries. s The land is beautiful. The mountains get in your blood thicker than anything, and you’ll stay because it’s your home, it was your grandparents’ home. It’s all you know, and for some, -what little bit they’ve poked their head out into the world to see is all they care to know. They like it here, and it’s easy to see why.

I didn’t start all this with a business plan. I saw folks in need and started gathering up whatever I could, and friends just started helping out.
And it’s easy to see why a young man from Miami with a keen eye for the lush, rugged beauty of mountain life came to Crawford with his wife-to-be, a couple of 35 mm cameras and a few hundred dollars in his pocket. Jack and Lynne Stoddart made Crawford their forever home in 1972. They were married that same year in the shadow of a place they called Nobody’s Mountain, just a few miles from where they now live.

With his long hair, beard and casual clothes, Jack stuck out from the quiet mountain folk of Overton County in the 1970s. He was quickly nicknamed “Hippie,” and the moniker eventually became a term of endearment among his neighbors. His solid work ethic, easy smile and willingness to lend a hand began to strengthen his bond with his community. And that bond runs deeper today than ever before.

He came as an artist but had to be much more to make ends meet as his family grew. He worked at various jobs to keep food on the table while keeping his creative dreams alive in a makeshift darkroom in their humble cabin home.

After 30 years as a fine-art photographer — with his work appearing in the Smithsonian’s National Museum of American History as well as countless galleries across the country — his interests in the region and its people didn’t stop there. “Hippie Jack” Stod-dart, a member of Upper Cumberland Electric Membership Corporation, started a music festival. Word spread quickly, and folks now come from all over the country to the Stoddart farm in Crawford to hear music that’s as far off the beaten path as the town in which the performers play. The festival happens once a year on Memorial Day weekend, and “Jammin’ at Hippie Jacks” is filmed for public television, airing on 160 stations across the country.

But it’s another endeavor of passion that brings us here: outreach to neighbors in need. Hippie Jack Stod-dart and wife Lynne, along with hardworking volunteers Judy Boles and Patricia Murphy, raise thousands of dollars and gather truckloads of food and clothing annually for the people of Overton County who live under the radar of mainstream outreach organizations.

It’s not hard to imagine that if Wi-Fi can’t get to them, outreach may have a hard time, too. The people are stoic and resourceful. Some would much rather do without than ask for help.

“There is no welfare here,” says Stoddart. “It doesn’t exist, not really. So it’s up to us to help each other. I just talked with an elderly woman up the road who gets $18 a month in food stamps and a $600 check every month from Social Security. Imagine trying to live on that. People don’t believe it when I tell them the level of poverty we’re dealing with, but I see it every day. And despite what some want us to believe, nobody chooses to be poor.”

With so many of Crawford’s population living well below the poverty line (around $30,000 for a family of four), Jack Stoddart saw an opportunity to do something — in his own backyard.

Outreach is one of those things we hear a lot about during the holidays. Our hearts are softened, our ears are pricked by the stories of need we see in newspapers, on television and, well, in magazines like this one. Most outreach organizations expect their donations to triple during this time of year.

It’s easy for us to watch the news and feel overwhelmed by the enormity of need in the world. Recent hurricanes and fires have caused billions of dollars in damage, leaving thousands homeless, and that’s just here in the United States. Aside from pushing buttons on our cell phones to donate a few dollars or giving our change to the bell-ringing volunteers outside our neighborhood grocery stores, what else can we do? We feel powerless when watching these disasters on television, hundreds of miles away, happening to people we’ll never know. 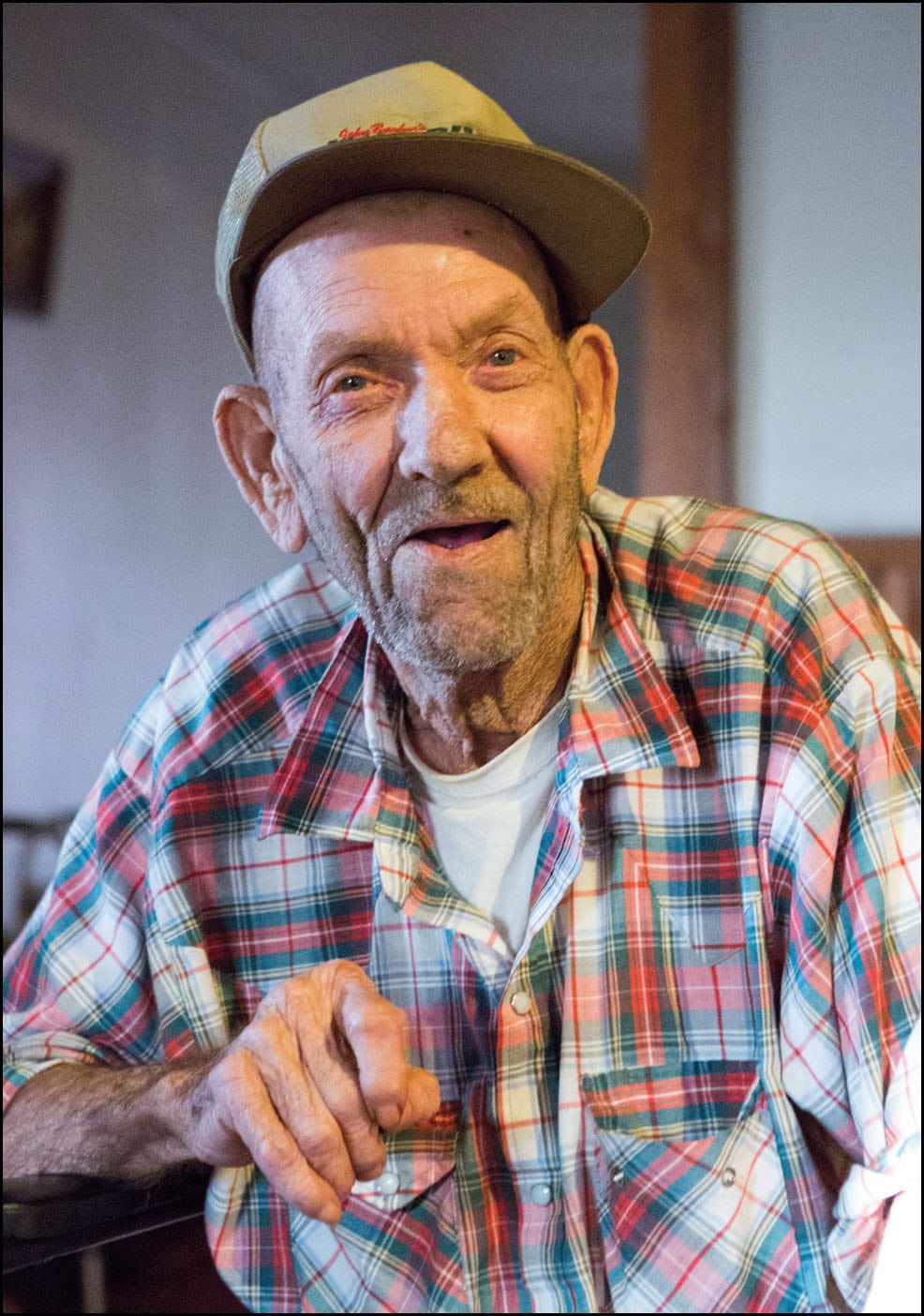 Folks like Jack and Lynne Stoddart tell us there is need in our own backyards, often just a stone’s throw from our own comfortable homes where the bills are paid and tummies are full. A very different world can exist for someone just a mile down the road. Someone in your neighborhood has lost his or her job, become ill, spent everything in savings when the car broke down or experienced any number of things that can take someone from solvency to dependency in a matter of days.

“I didn’t start all this with a business plan,” says Stoddart. “I saw folks in need and started gathering up whatever I could, and friends just started helping out.”

“When we first started doing this, nobody showed up to take the food,” Stoddart adds. “It took them a while to come around.” He began to realize why local folks were reluctant to accept help: “We hear about welfare recipients being lazy or entitled, but I have never met a harder working bunch of people in my life than the folks who live in these mountains. And nobody wants to be attached to those negative labels.”

Stoddart has seen other things that might have kept needy recipients away. Many are too elderly to drive to a food pantry, or they may not have a working vehicle to get them to town. Stoddart is trying to fill the gaps to get the sources of help to those off the grid, the stragglers.

“A billion pounds of food ends up in our landfills in this country every three days,” Stoddart says. “We have the resources to feed our poor. We do. But the key to outreach on every single level is distribution. When outreach is local, it’s much more manageable.”

“You can write us a $100 check,” says Stoddart, “and that’s great, we’ll take it. But when you donate 40 children’s coats to a local fund drive and later see a child walking to school in one of those coats, there’s a personal connection. You know you’ve made a difference because you’ve seen it for yourself. It’ll change your heart.”

“If 20 people read this article and get inspired to do what we do, imagine the impact that could have. That’s why I do these interviews. It’s not about drawing any attention to me. But if this could catch on, I’m happy to talk about it ’til I can’t talk anymore.”

To learn more about the charitable endeavors of Hippie Jack and Lynne Stoddart, visit the website jamminathippiejacks.com or Facebook page facebook.com/JamminAtHippieJacks. At either you can follow the Stoddarts’ efforts, donate or view the schedule for their events and festivals, some of which are aired on PBS. Better yet, Jack and Lynne encourage you to start your own heart-changing drive where you live. 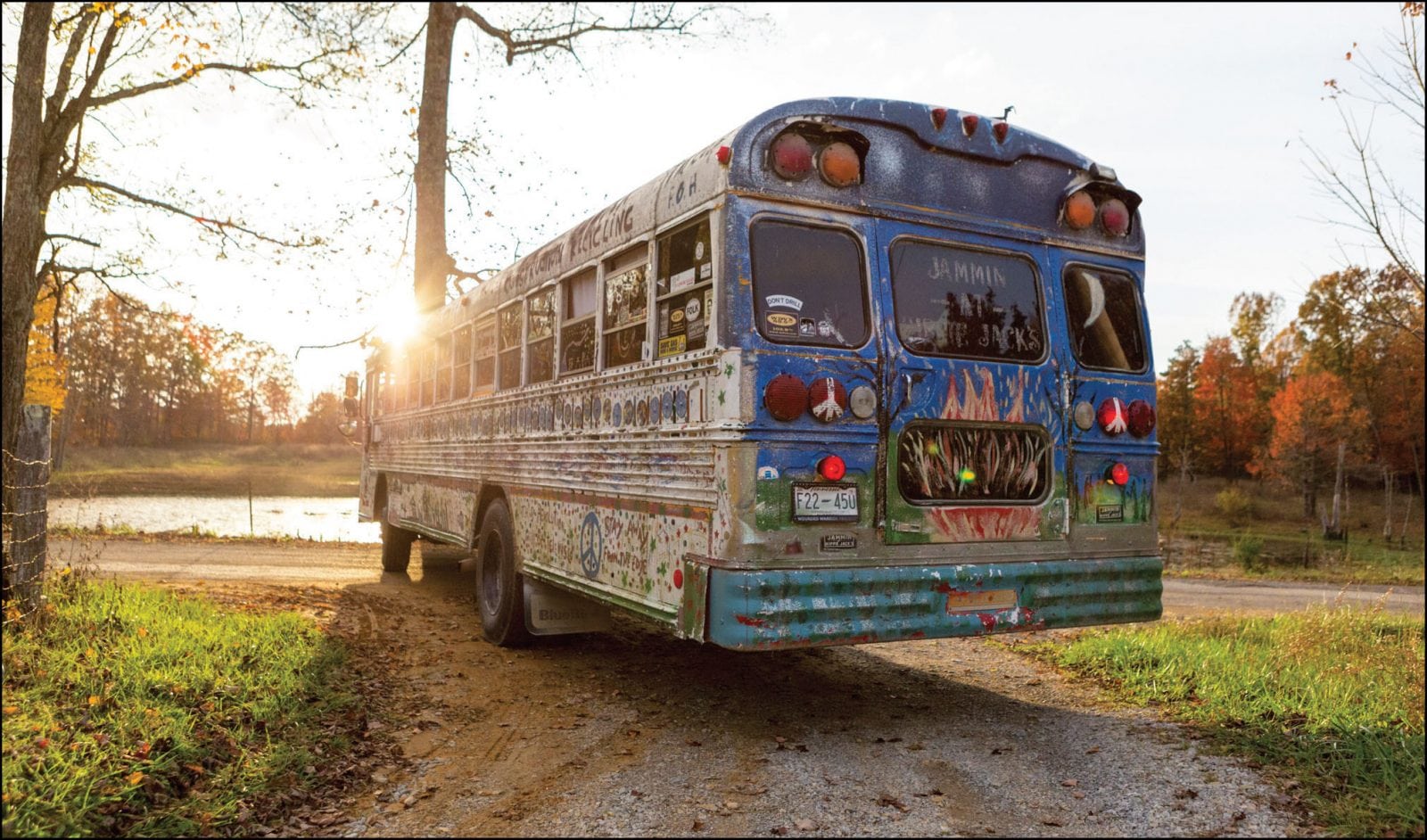