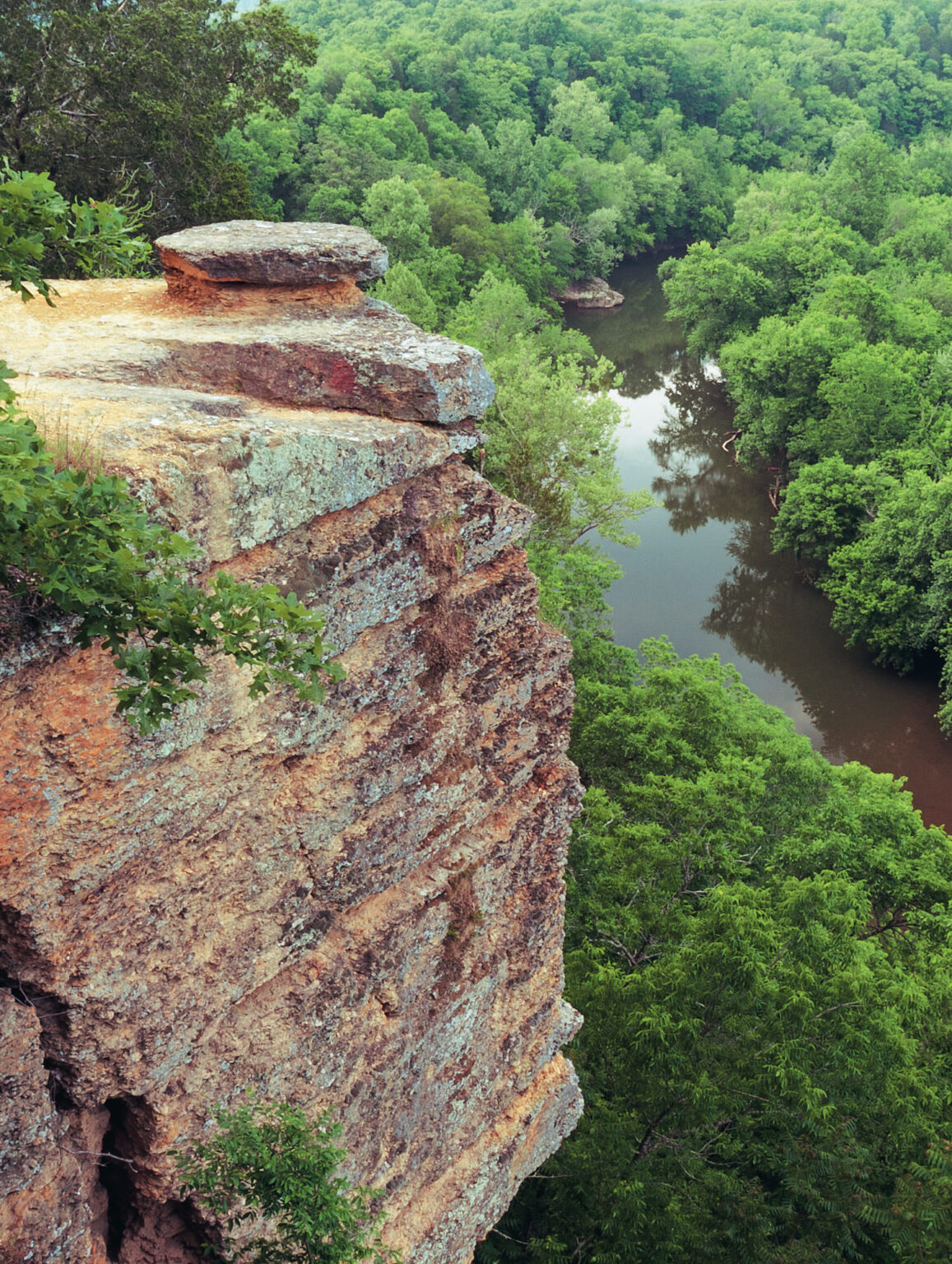 Best of Both Worlds

When early residents of what became Middle Tennessee utilized the Harpeth River to help settle and grow the area, they had no clue that someday hundreds of thousands of people would visit the river each year just for fun. But that’s exactly what has happened. An average of between 500,000 and 700,000 people flock to the Harpeth annually to kayak, canoe, fish, hike trails and learn about the area’s rich history.

While many parks have a focus on either some aspect of the state’s history or outdoor recreation, Harpeth River State Park in Kingston Springs has both.

“We’re a historic park that has a tremendous amount of hiking and river recreation visitation,” says Gary Patterson, who has been the park’s manager since 2009.

Patterson says that river recreational visitors might not realize the park is home to some historical gems and lots of hiking trails, and those who come to learn about the history may not know about all the peaceful, day-on-the-river opportunities.

A slideshow of history

Parks throughout Tennessee are dedicated to specific time periods and what those eras and their people contributed to the development of the state. A visit to Harpeth River State Park, however, is like walking through an immersive slideshow of the past. In fact, three sites in the park are listed on the National Register of Historic Places.

One of those preserved moments is actually prehistoric. Mound Bottom, a Mississippian prehistoric site, contains 14 Native American mounds that were likely used for political and ceremonial purposes. Based on the age of artifacts recovered from the area, it’s believed Mound Bottom was founded in the early part of the 11th century. This area is preserved and protected as Mound Bottom State Archaeological Area. Visits to the mound complex require reservations.

Leaping ahead to the early 18th century, the park also preserves the former site of Pattinson Forge that was operated by Montgomery Bell, the iron industrialist and namesake of nearby Montgomery Bell State Park. The only visible remaining evidence of this iron mill operation is the Montgomery Bell Tunnel, the 200-plus-yard diversion tunnel that was cut out of solid rock to power the mill. Built in the early 1800s, this tunnel is now listed as a Historical Civil Engineering Landmark. The tunnel and mill area are located at the Narrows of the Harpeth unit of the park.

The ruins of a different type of mill can be visited via a short walk at Newsom’s Mill, a gristmill dating back to the early 1860s.

Moving into the first half of the 20th century, the lovely Hidden Lake unit of the park contains what little remains of a 1930s-1940s family resort. As you visit the remnants of the old marble dance floor, you can almost hear the laughter, dancing feet and big band music of that era.

Patterson says the time span the park preserves is noteworthy. “We have sites all the way from before Columbus was even born until the 1920s and 1930s,” he says.

During the first year of the pandemic, state parks all across the state experienced record levels of visitation. Patterson says that not only did Harpeth River State Park see an increase, but it was also unmanageable at times. The park’s proximity to Nashville made it a popular destination for people needing to safely get out of their houses.

“Our visitation was probably four to eight times higher than the year before,” he says. “Even on weekdays, when we used to only have a car or two in the parking lots, they were overflowing.”

Those visiting to enjoy Mother Nature have their pick of kayaking or canoeing the river, which is designated Class I in parts and Class II in others. There are nine river access points managed by the park, and the distances between these points range from around 2 miles to 9 miles. The river is attractive because everyone from beginners to advanced paddlers can enjoy an outing. Visitors can bring their own canoes and kayaks or rent from one of the area outfitters.

It’s important for river users to know that the park access points are day-use only, much of the land along the river is private property, and camping and overnight parking are not allowed. From April to September, the park is open 7 a.m. to 7 p.m.

While it’s obvious that canoeing, kayaking and fishing would be popular in a park with “river” in its name, you won’t want to miss out on the hiking to be found at Harpeth River. Several miles of trails exist throughout the park, ones that will give you views of the Harpeth Valley, the river and Hidden Lake, the mound complex, the Montgomery Bell Tunnel, forested land and meadows full of wildflowers. Lengths of these trails range from 0.2 mile for the Newsom Mill Fisherman Trail and Mace Bluff Trail to the 3 mile Hidden Lake Trail.

The park’s combination of river, forest and meadow means that birders can spy a diverse collection of species such as goldfinches, great blue herons and everything in between.

The wide variety of offerings at Harpeth River State Park is precisely the reason Patterson likes his position so much and why he thinks it’s a great place for people to visit. Unlike many other parks, Harpeth River doesn’t currently have an office or visitor center, though both are hopefully on the horizon.

To find out more about the park, visit tnstateparks.com/parks/harpeth-river or call 615-952-2099.