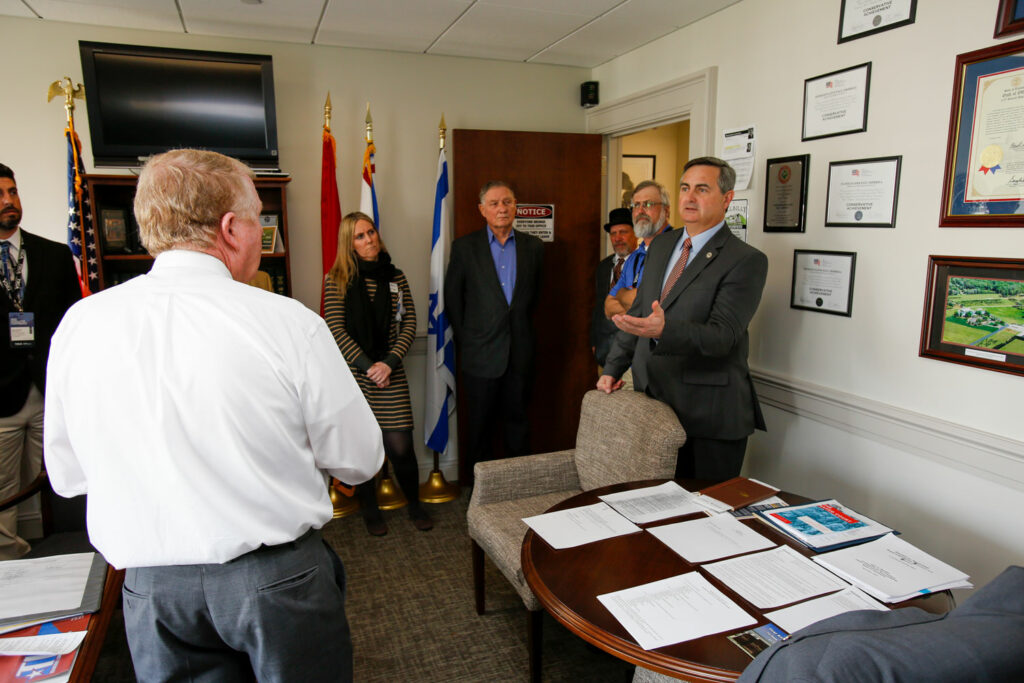 Congress created the Rural Electric Administration in 1935. At that time, there was no certainty that it would be successful. And you would have to be a true visionary to predict the transformation it would bring to rural America. It is difficult to imagine, but at that time, most rural residents were still living as their parents and grandparents lived in the 1800s. The idea that rural residents deserved the same “luxuries” as urban residents took hold, and change began. By the 1940s, rural America was well on its way to parity.

It didn’t happen overnight, and it took a lot of planning. Design and construction of the new electric grid were only the beginning. Engineering of the work was possibly the easiest part of it — the organization and financing were far more complex.

The groundwork for that began years before. Long before the REA (today’s Rural Utilities Service) ignited the transformation, it started as a dream by rural residents. It took dedication and commitment from small groups of farmers and neighbors to make their voices heard. They took their case to their local, state and national elected officials. I’ll remind you of the quote from Margaret Mead: “Never doubt that a small group of thoughtful, committed citizens can change the world. Indeed, it is the only thing that ever has.”

The very reason your co-op exists today is because small groups of men and women were dedicated to bringing electricity to rural areas. Many of those early “activists” — that’s an accurate term — served as the first directors of newly formed electric cooperatives. They could accurately be called lobbyists as they worked to establish their co-ops. Lobbying often gets a bad connotation, but that’s what they were doing as they worked to convince legislators to make changes. As someone who has been involved in lobbying for more than two decades, it is rarely the way it is negatively portrayed. Rural residents were advocating for a cause. Changes in the laws had to be made for cooperatives to come into existence, and these leaders had to convince state legislators — and, in the case of the REA, Congress — to make those changes. They were driven by dedication to improving lives in their communities. Nothing more.

Today’s electric cooperative board members have that same spirit of dedication. Serving on the board requires sacrifices of time and can be challenging, but the co-op members who serve are driven by a desire to improve communities — much like those early pioneers. Much of what they do is involved in setting policies and handling oversight of co-op operations. But quite a bit of their time is spent meeting with elected officials in Nashville, Washington, D.C., and dozens of towns in between.

At the Tennessee Electric Cooperative Association, we are proud to assist in that effort. We provide leadership and advocacy help to the co-ops, their employees and these board members as they work to support their communities. We’ve worked hard over the past few years to get funding to help expand broadband coverage, invest in economic opportunities, and strengthen and modernize the power grid.

Along with your local power provider, we’ll keep you updated on the efforts we take on your behalf. From time to time, we might even ask you to talk directly to your elected representatives.

Today, 87 years after the REA was created, there are a lot more of us involved in the effort. But we still believe that a “group of thoughtful, committed citizens can change the world.” We’ve proven that before, and we’ll keeping doing it.