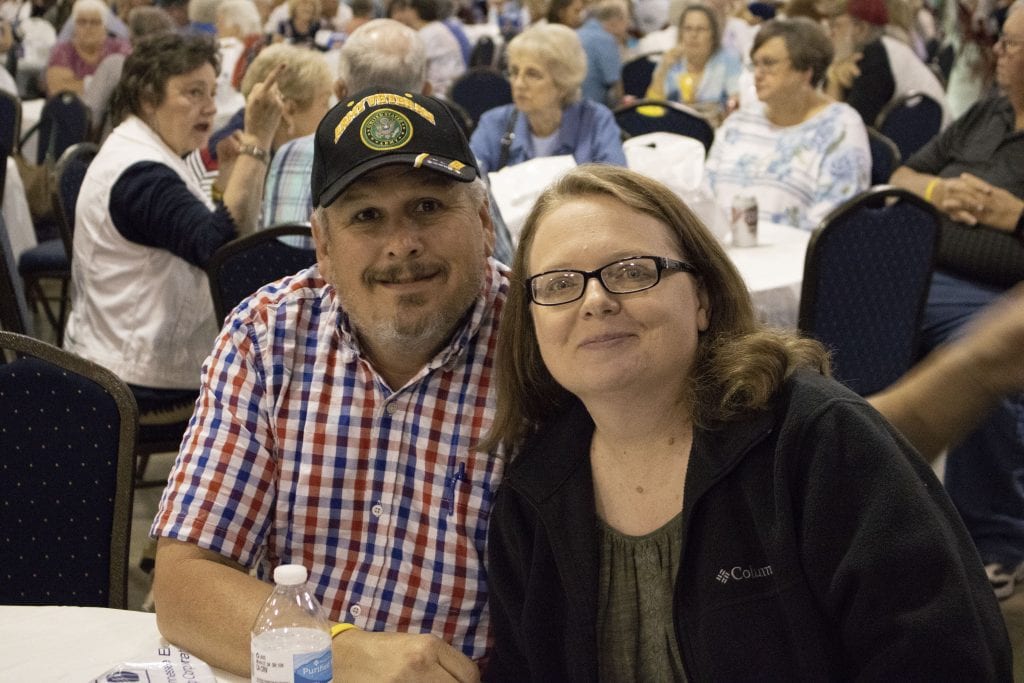 Since not all of our members were able to attend the annual meeting at the Jackson Fairgrounds Park on Aug. 9, Southwest Tennessee EMC wants to make sure everyone is aware of the latest news from your electric cooperative. Following is a summary of the address given at the 2019 Southwest Tennessee Electric Membership Corporation Annual Meeting by President Kevin Murphy.

Murphy began by thanking members for attending their electric cooperative’s annual meeting. “The co-op started on July 1, 1936,” he said. “Over the last 83 years, the co-op has installed over 86,000 poles to serve over 50,000 members. Now it is time that we must make some investments and strengthen your electric grid. We will be doing this by changing out poles and transformers and keeping the rights-of-way trimmed. Right now, we have one of our 23 substations — our Beech Bluff substation — that is in need of a second substation transformer.”

Next, he spoke to members about construction that needs to be done to improve the cooperative’s infrastructure: “Pole inspection and replacement is a necessity. The cooperative has just begun testing the 86,000 poles on the system. This will take approximately 10 years to test 9,000 poles per year and replace the bad poles. Just to show you how important this investment is, in January, we had a lineman climb a security light pole to the top. The pole broke off at the bottom and fell with him strapped to it. He just returned to full duty a couple of days ago.”

“If I had finished this speech two days earlier, I would be discussing with you a rate increase. However, negotiations with TVA were finished Thursday morning, and I am proud to announce that there will be a zero percent increase in the rates for 2019,” said Murphy.

Next, Murphy addressed a recent transformer incident: “A garbage truck backed over 300 feet of line, broke two poles and caused transformers to fall and spill. The clean-up cost was over $300,000, which has not yet been paid.”

“We are also continuing our ground-to-sky clearance of the rights-of-way,” he said. “This is helping a great deal to lower our outages.”

“If I had finished this speech two days earlier, I would be discussing with you a rate increase,” he said. “However, negotiations with TVA were finished Thursday morning, and I am proud to announce that there will be a zero percent increase in the rates for 2019.”

“As part of the cooperative business model, one of our core principles is ‘Concern of Community,’” Murphy explained. “On Sept. 1, your co-op will be starting an initiative called Southwest Members Care Inc. (SMC) to collect voluntary donations from STEMC members to benefit organizations in the cooperative’s service area like fire departments, senior citizen centers and youth programs, just to mention a few.”

Donations will not be given to individuals, he added.

“If you choose to participate, the co-op will round up your electric bill to the next whole dollar,” Murphy continued. “Contributions will range from 12 cents to $11.88 each year. This could add up to more than $150,000 per year that will go back into your community. If you feel this program is not the place for you to make a difference, then you can go to our website or call your local office to opt out. The SMC board will be responsible for dispersing 100 percent of all funds collected. The funds will benefit community projects in the 11 counties STEMC serves. Please check The Tennessee Magazine or our website for more information and results as we start this project.”

“At our last board meeting on July 30, your management team brought to the board our largest and most expensive economic development project in the entire history of the co-op: fiber to the home,” said Murphy.

“We have teamed up with a consultant right here in Jackson — Stuart C. Irby, just down the road on the 45 bypass,” he said. “A complete business plan is being built with projected completion of the plan in an October/November timeframe. This fiber to the home project has been long debated and researched by your board of directors and management team. Billy Gordon, our vice president of engineering, will be leading this project. He will be in charge of our consultant and installation contractors.”

STEMC is determined to lead the way in bringing broadband to rural America, starting with you, our members. But as we start this project, I must ask for patience. Kevin Murphy, Southwest TN EMC President

“It will not be a ‘turn-the-switch-on’ project. Construction will take five to six full years. STEMC has 4,000 miles of distribution circuits built over a period of 80 years. So, as we start this project, I must ask for patience. The project must be implemented according to the business plan to ensure success for our membership. STEMC is determined to lead the way in bringing broadband to rural America — starting with you, our members. Please stay tuned for further announcements.”