Co-ops Meet Legislators, Gov. Lee During 2019 Day on the Hill 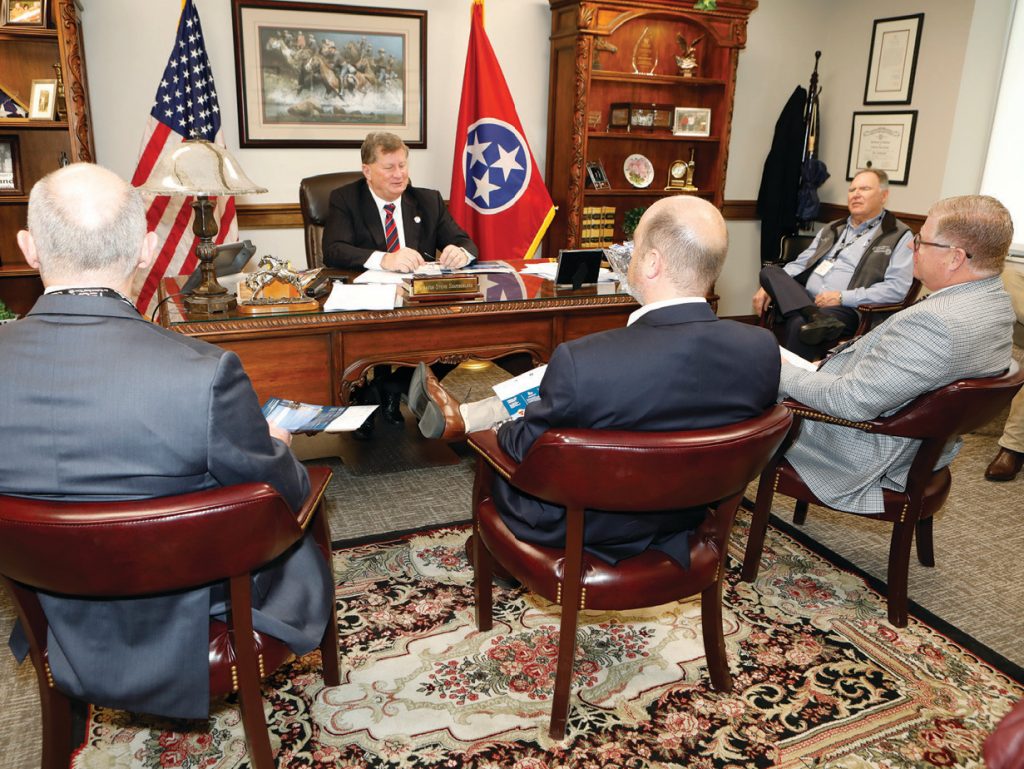 More than 150 electric co-op members from across the state were in Nashville Feb. 11 and 12 for the 2019 Legislative Conference to deliver an important message to lawmakers: Electric co-ops are important to Tennessee.

The 2018 election brought seven new senators and 26 new representatives to this year’s General Assembly. Co-op members, directors and staff met with familiar faces and with many new ones during 100 separate meetings with lawmakers on Feb. 12.

“While many of these freshman legislators know about co-ops, some do not,” says Sandlin, HEC general manager. “It is important for us to tell the story of electric co-ops, and we went to Nashville to deliver a powerful message: Rural and suburban Tennessee matter, and electric co-ops are a big part of their growth and prosperity.”

“State lawmakers are often asked to make tough decisions that can impact electric co-ops and the lives of the 2.5 million consumers they serve,” says Mike Knotts, vice president of government affairs for TECA. “Electric co-ops maintain a presence in Nashville and Washington, D.C., to help lawmakers understand how legislation will impact the people back home.”

During visits, co-op members spoke to legislators about local governance, tax issues, broadband and other regulatory concerns that affect the ability of electric co-ops to provide affordable and reliable energy and other services that matter to rural and suburban communities.

The evening after the visits, Gov. Bill Lee stressed the importance of rural Tennessee while speaking with electric co-op leaders.

“I grew up in rural Tennessee, so rural issues matter a lot,” said Lee, a resident of Fernvale and member of Middle Tennessee Electric Membership Corporation.

“I think what happens in rural Tennessee should matter to every Tennessean. That’s why our first executive order was, in fact, to strengthen our rural communities and to require every department of state government to give an impact statement on how they impact rural communities.”

Lee spent nearly an hour with co-op members and staff discussing the administration’s plans and policy positions and the role that co-ops play in the communities they serve. Broadband was a popular topic of discussion.

“In my own home, we don’t have broadband,” said Lee. “I have firsthand experience what a challenge that can be. I don’t run my business out of my home, and I am not educating children there, but I have a taste of how difficult that would be. It is really important that we continue to expand broadband service so that Tennesseans all across the state have access to it.”

Electric co-ops are best known for energy, but they have far-reaching impacts on rural and suburban areas of the state. From economic development to youth programs to broadband expansion, electric co-ops enable many Tennessee communities to grow and prosper. Learn more at tnelectric.org/cooportunity.

The Commitment of an Electric Lineworker

A Life on the Line