‘Electric Cooperatives: The Power to Be’ 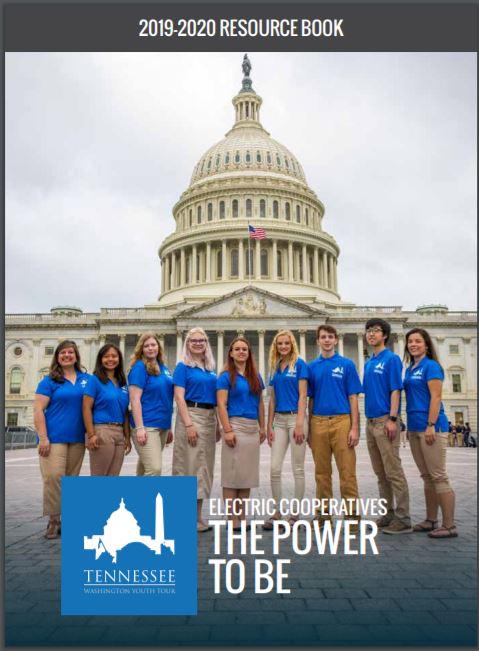 As Ella walked across the school parking lot toward her friends, it was easy to see that she was not having a good day. “That does not look like the face of someone ready for some Spring Break fun,” observed Ben as she reached the group.

Ella shook her head and explained disgustedly, “No fun for me! My teacher just assigned a stupid paper that is due the day we come back. I’ll be doing research all week.”

“I hope it’s a fun subject,” her friend Abby said.

‘Those folks are heroes!” exclaimed Ben.

“Yea. My sister lives on the Gulf Coast. When they had a hurricane, folks from the local cooperative went down to help get the power back on. She was very grateful.”

Abby concurred. “I heard that last winter during the ice storm in Kentucky, crews went up and helped there as well. Want to go grab something to eat?”

“No, I promised Grandpa that I would stop by, so I better get going,” Ella replied.

As Ella’s car navigated the country roads, she couldn’t stop feeling annoyed at all of the fun she would not be having. She turned down the gravel road leading to her grandfather’s house. She loved spending time with him on the family farm. At 93, he was still active, and she loved hearing his stories.

“Why are you looking so glum?” Grandpa asked as she walked through the front door. She explained her situation, and to her surprise, he did not seem to understand her frustration. In fact, he seemed to find the subject of electric co-ops fascinating. With a twinkle in his eye, he began to explain the impact electric cooperatives had on his life. When he was a little boy growing up on the family farm, they did not have any electricity at all. Homes were lit by oil lamps, meals were cooked on wood stoves and clothes were washed by hand. Even though larger cities had electricity, power companies did not believe it was worth the money to run power lines into the rural areas. Rural co-ops changed that by bringing electricity to the farming areas.

“Things sure are different today.” Ella hadn’t noticed her Uncle Jim enter the room until that point. After Grandpa retired from farming, Jim took over the daily operations. He had been listening to their conversation and seemed just as anxious as her grandfather had been to share his thoughts on electric cooperatives. He explained that co-ops no longer simply provide electricity. Today they are involved in educating farmers about farm electrification as a means of improving operations and reducing the reliance on fossil fuels. He described the effect the co-ops’ smart grid had on the reliability of service. Because of the two-way communication it provides, a smart meter makes it easier to prevent, detect and correct outages. Tennessee cooperatives invested more than $107 million in the distribution grid in the past year. The result was a 99.96 percent reliability rating. He informed her that electric cooperatives are also utilizing new technology such as battery energy storage systems to reduce energy purchases during peak times. These innovations will lead to cost savings for the cooperative.

Ella didn’t know much about cooperatives, but as she heard the statistics her uncle shared, it sure seemed like they must make a lot of money. When he said that Tennessee co-ops manage $2.8 billion in assets, serve over 2.5 million units and maintain 86,000 miles of lines, she suggested, “Maybe we should buy some stock in a co-op.”

Her uncle laughed. “You already have an interest in our electric co-op. It is owned and controlled by the members it serves. These are not-for-profit entities, which means they sell energy to the members at cost and reinvest any excess revenue back into the system.”

Ella had a lot to think about as she headed home that night.

The next morning, she made her way to the county library. “Good morning, Ella. What brings you in so early on a Saturday?” the librarian asked her.

“I’m working on a research project for school, and you know how bad our internet service is out in the country,” Ella explained.

“It might not be that way for long,” Ms. Smith offered. “I just read where Tennessee electric cooperatives have invested $187 million to expand broadband access to 790,000 potential locations in rural areas.”

Pondering what Ms. Smith had said, Ella made her way to a table and settled in to begin her research. She discovered that co-ops provide power to one out of every three homes in Tennessee and serve 71 percent of the state’s landmass. She found that the cooperatives paid $63 million in taxes and $171 million in payroll and benefits for their nearly 2,500 employees. She was shocked to learn how invested electric co-ops are in their communities.

The week passed quickly, and Ella headed back to school, anxious to tell her friends what she had learned. They were surprised to hear her say, “Electric cooperatives are so interesting! Did you know they have several youth programs? There is a leadership summit, an electric camp and an amazing Washington Youth Tour. In fact, writing a story for that is going to be my very next project.”