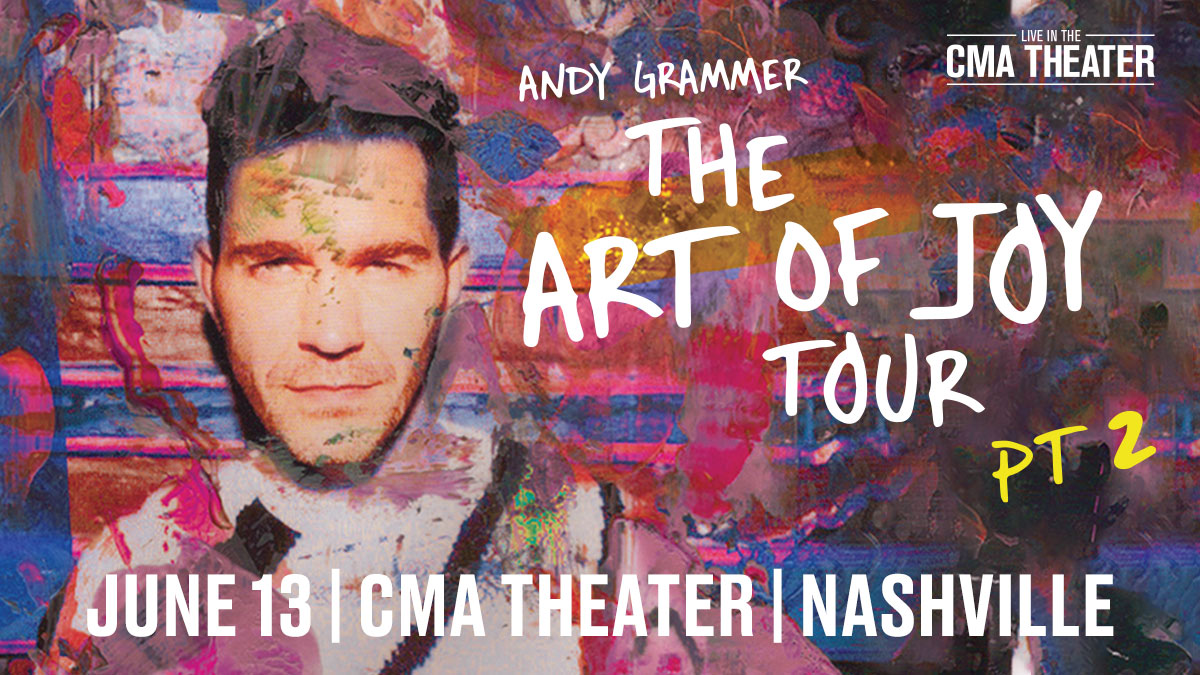 Multi-platinum troubadour Andy Grammer will bring his Art of Joy Tour to the Country Music Hall of Fame and Museum’s CMA Theater stage. Grammer’s catalog consists of numerous hits, including “Honey, I’m Good,” “Keep Your Head Up,” “Fine by Me,” “Don’t Give Up on Me,” “Fresh Eyes” and “Good to be Alive (Hallelujah),” as well as albums Andy Grammer and Magazines or Novels. He has also lent his music to films, such as “Five Feet Apart.” When “Don’t Give Up on Me” was included in the soundtrack for ESPN’s 13th Annual V Week for Cancer Research, he garnered a Sports Emmy for Outstanding Music Direction and a Clio Award. Grammer will be gearing up for the tour ahead of releasing his fifth album, which will feature recent singles “Damn it Feels Good to be Me” and “Lease on Life.”