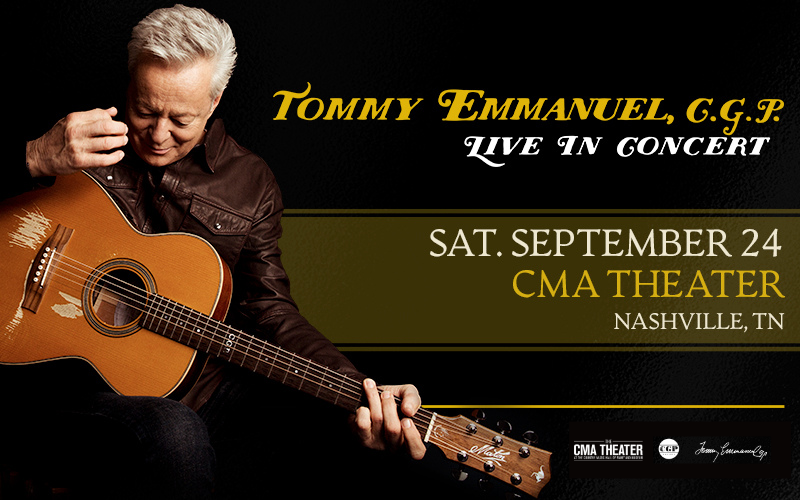 Australian-born Tommy Emmanuel is a Grammy-nominated guitar player with a picking style influenced by his musical hero, Country Music Hall of Fame member Chet Atkins. During his four-decade career, Emmanuel has won awards from the Country Music Association of Australia, Australian Recording Industry Association and the Australasian Performing Right Association. In May 2020, he released his Best of Tommysongs album, which collects 24 of his original works, including “Lewis & Clark” and his ode to his daughter, “Angelina.” Atkins welcomed Emmanuel into guitarist nobility by bestowing upon him the title of “CGP,” or Certified Guitar Player, an honor awarded to only four others in history.