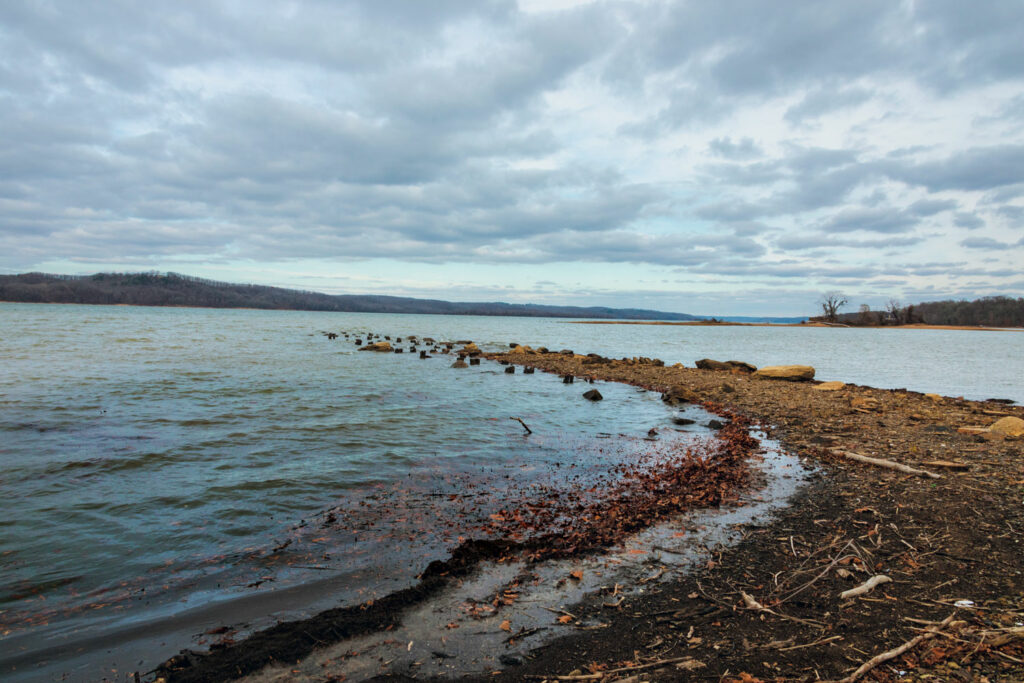 Though many Tennesseans flock to state parks during the warmer months, the frostier winter months are actually a great time to visit Johnsonville State Historic Park in New Johnsonville. Why? Because that’s when Kentucky Lake is at winter pool, several feet lower than the summer pool. The lower water level in the winter reveals a part of this area’s rich history, remnants of the old town of Johnsonville that was inundated when Kentucky Lake was formed.

Most people associate the park with the area’s ties to the Civil War — the Johnsonville Depot as well as the 1864 Battle of Johnsonville. The town’s location on the Tennessee River made it convenient for steamboats to deliver Union supplies to the depot. From there they were transferred to trains and transported to Nashville and on to Sherman’s Army in Georgia.

On Nov. 4, 1864, Confederate troops under Nathan Bedford Forrest attacked and destroyed a number of boats and millions of dollars worth of supplies. This battle only lasted two days, but it disrupted the supply chain for Union troops in Nashville and beyond.

Today, visitors can see echoes of that battle, including earthen fortifications, rifle pits, reproductions of soldiers’ huts, a rail bed and a railroad turntable. There are also a number of wayside exhibits, and each year, the battle is commemorated with a living history event the first Saturday in November. Additionally, on the actual anniversary of the battle, Nov. 4, a park ranger leads a walking tour detailing the battle and how that history is preserved by the park. 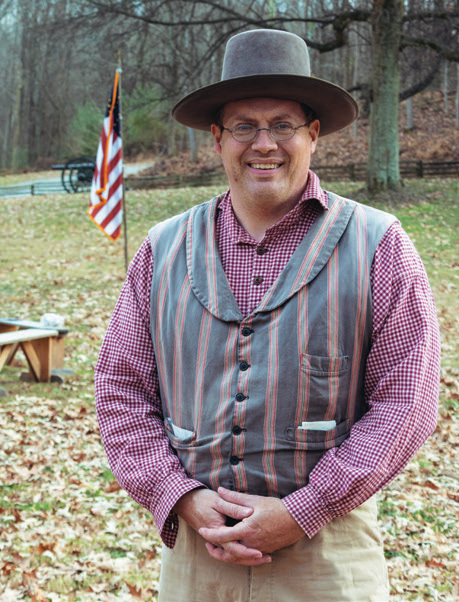 “For years, the emphasis was on the Civil War. But there is a wide variety of other stories that connect to our park such as this area being a water route for the Trail of Tears.”
— Bob Holliday, Park Manager

The arrival of TVA

Like many towns along rivers that were dammed by the Tennessee Valley Authority, the old town of Johnsonville lies underwater now. The town grew up around what remained of the depot and thrived in the age of railroad transportation.

When TVA undertook its dam-building projects for flood control, hydroelectric power and lakes for recreation, the original Johnsonville gave way to the waters of Kentucky Lake in 1944. Residents moved to what was to become, appropriately named, New Johnsonville, which was incorporated as an official town five years later.

“For years, the emphasis was on the Civil War,” Holliday says. “But there is a wide variety of other stories that connect to our park such as this area being a water route for the Trail of Tears. We have also recently discovered significant research related to a Freedmen’s Bureau school that was located in Johnsonville after the Civil War.”

Tennessee State Parks are in the midst of working toward being able to tell fuller, richer, more complete stories of the past regarding the land they occupy and the people who lived there before the parks were established. This includes not only White settlers but also the Native Americans who were here before the settlers as well as African-American residents, both during slavery and afterward. Being able to tell these additional stories makes a park experience more vibrant, multidimensional and true, and having those stories available also creates a welcoming environment for more people. Seeing your own people’s history preserved and shared is a powerful thing and, in some cases, too long overlooked or ignored.

Part of that history involves the contributions of former slaves freed by the Emancipation Proclamation. They were part of the workforce that built the Nashville and Northwestern Military Railroad that connected Johnsonville to Nashville. Later on, some of them joined the 100th Regiment of the United States Colored Infantry to help defend the railroad they had built.

Holliday recalls a conversation he had with an African-American woman from Humphreys County when he was still a park ranger at Johnsonville.

“She asked me why the White cemeteries in the park were well maintained while the Black cemeteries were overgrown and forgotten,” he says. “I didn’t have an answer for her.”

After he became park manager, it was one of the areas he focused on. About 160 gravesites have been identified in the African Methodist Cemetery, dating back to the 1860s, a cemetery that was completely overgrown with thick brush and sawbriars when he became a ranger in 2013. Some research suggests that a portion of the graves belong to some of the troops who served with the U.S. Colored Infantry, but the research is ongoing to confirm that.

Holliday says that lots of volunteers have helped clean up and preserve the cemetery with significant support coming from Friends of Johnsonville State Historic Park and Friends of Tennessee State Parks. One of the first workdays on this project was held in 2015 as part of a Martin Luther King Jr. Day of Service.

The cemetery has since become one of the most popular areas of the park for visitors, and many are amazed that it’s there at all. Of the 160 gravesites, only 28 have names attached to them. However, research efforts continue to seek out additional information so that those interred there can be identified and given appropriate markers.

For the efforts to clean up this cemetery and mark graves, the park received an award of excellence in 2021 from Tennessee State Parks.

Through TVA maps and oral histories, the park has also identified an area near the cemetery where an African Methodist church once stood. One of the oral histories stated that the music coming from the church during services was so beautiful that White residents of Johnsonville would come and sit on the opposite hillside to listen.

Research is also ongoing regarding the site of the Freedmen’s Bureau school that once sat where a current park ranger’s residence is located. The education arm of the Freedman’s Bureau was aimed at helping former slaves receive a public education — to learn to read and write.

Beyond the park’s fascinating history, there are also many opportunities to enjoy the natural world.

If you want to stretch your legs while taking in the sights, there are three trails to choose from ranging in length from half a mile to 8 miles. Each of these trails focuses on an aspect of the park’s history, but you’ll also be able to enjoy the fresh air and perhaps spot some of the critters native to the area.

The park’s location on the Tennessee River makes it excellent for fishing — particularly by boat, even though you can have a good day fishing from the bank as well.

Birders can spot a variety of both woodland birds and waterfowl because of the park’s riverside location. And this time of year, you may even be able to spot some bald eagles.

Begin your park experience at the visitor center with a museum and theater. Visitors can learn about the area’s history as well as what it offers today’s guests — abundant flora, fauna and recreational opportunities. There’s also a gift shop that allows you to take a piece of your park experience home with you.

Visit the park’s website at tnstateparks.com/parks/Johnsonville or call the park office at 931-535-2789.