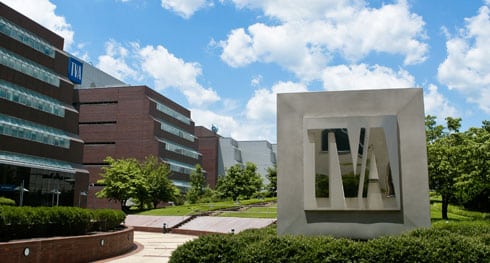 With around $12 billion of annual revenue, the Tennessee Valley Authority ranks as one of the largest electric utilities in the U.S. More importantly for you, those dollars come from you and businesses located in the Tennessee Valley. The percentage varies a bit for each local utility, but in 2012 about 77 cents of each dollar of your electric bill went directly to TVA.

The remaining 23 cents of your dollar pays for the electric distribution operations of your local co-op — the substations, lines, poles and men and women who operate them. When you break those numbers down, it means that even though we may operate as efficiently as possible, we can only control about a fourth of the cost of your electric bill.

That underscores the importance of TVA being effectively managed. TVA’s board recently took the first step by selecting a new CEO. William D. Johnson, former chairman, president and CEO of Progress Energy Inc., will take the helm of the agency on Jan. 1.

Board Chair Bill Sansom made the announcement in a press conference in early November: “Bill is a seasoned CEO with deep experience leading a company with a diverse energy portfolio — from coal and gas to nuclear, hydro and renewables. TVA will benefit from his strong leadership skills, deep industry expertise and ability to drive employee engagement.”

In his comments, Johnson said he was “excited and honored to be selected to lead this organization in its mission of providing low-cost and ever-cleaner energy and promoting stewardship of the resources of the Tennessee Valley.”

The first question that arises is how an investor-owned utility executive will adjust to public power. Johnson pointed to his career at Progress and the great relationships established in working with its biggest customers, which were public power entities. The clearest indication that Johnson understands the critical need for strong leadership is some of his comments.

“TVA’s mission of affordable, reliable, cleaner power, stewardship of the resources and economic vitality of the region is as important today as it is historic. I really look forward to furthering that mission alongside the other employees of TVA. You know, it is a privilege serving electric customers in the Southeast, and I have learned a couple of things that I think are important:

“Second, how we conduct our business matters. Are we as effective and efficient as we can be? Are we spending our money wisely? Are we making the right choices? That matters.

“Third, safety matters. Safety really matters in this business. Are we honoring safety as a value every day in the things we do? In every task, every mile, every day? Safety is really important.”

Johnson closed with stressing the need for integrity.

It’s one thing to say you believe in those things; it’s another when people say those things about you.

From conversations I’ve had with colleagues who have worked with Johnson in the Carolinas, they do say those things about him. Some of the words used to describe him were “even-tempered” and “trustworthy.”

One South Carolina cooperative executive called me the morning of TVA’s announcement, and the first thing he said to me was, “You’ve got a good man in Bill Johnson. The board made a great choice.”

Those are good words to hear for our cooperatives, for Tennessee and for the entire Valley. We’re looking forward to working with him.