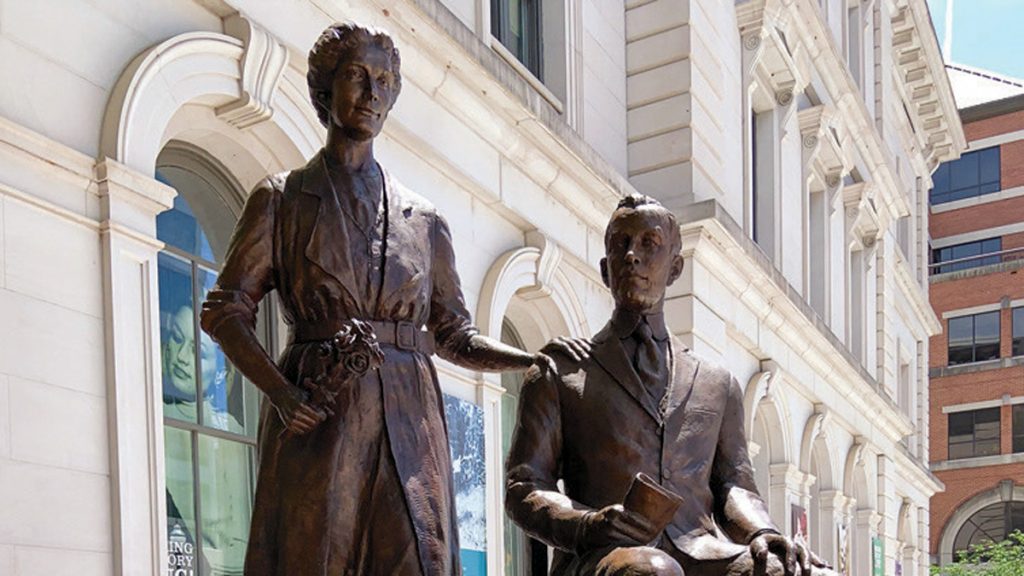 Many years ago, the band Alabama had a big hit called “Angels Among Us,” a song about those around us who stand out by doing good deeds. The inference is that they are actually angels, heavenly beings who walk among us, doing good works and making the world a better place.

I don’t know much about celestial beings; I don’t know that I’ve seen any, much less know how many can fit on the head of a pin. But, I do know that there are a lot of heroes among us — some highly visible and some who stay well under the radar.

Many of our Tennessee heroes are well known for their deeds over the years: Andrew Jackson, David Crockett, Sam Houston, Sgt. Alvin York and Cordell Hull.

Others are less well known but their impact just as profound, maybe moreso.

There is a good chance you’ve never heard of Sue Shelton White, Abby Crawford Milton, Anne Dallas Dudley, J. Frankie Pierce, Phoebe Ensminger Burn or her son, Harry. They were vital in the passage of the 19th Amendment, with Rep. Harry Burn casting the deciding vote. Elsewhere in this edition, we recount fully Tennessee’s pivotal role in cementing into the Constitution the right of women to vote.

The fight for women’s suffrage may have reached fruition here on Aug. 18, 1920, but the accomplishment had been years in the making. Efforts to gain the right for women to vote in the United States began as early as 1848. Sue Shelton White from Henderson and Anne Dallas Dudley from Nashville were pivotal in pushing the issue forward in Tennessee. Dudley joined the Nashville suffrage movement as early as 1911 and later served as the group’s leader.

Today, it seems unthinkable that there was a time when women didn’t have the right to vote, even though it was only 100 years ago.

Their accomplishment wasn’t as dramatic as fighting to their deaths in defense of the Alamo or capturing 132 enemy soldiers. Yet, this group of activists, which is what they were, changed forever every future election in the United States.

When we look back through the prism of history, it’s easy now to recognize the determination of Anne Dallas Dudley and the courage of Rep. Harry T. Burn. They are honored and respected today, but during their time, they were often ignored or even disparaged.

Heroes don’t always take actions that are immediately recognized as heroic. That term, “prism of history,” is at best misleading. The deeds of those long past don’t change over time. They acted as they did in their time because of deeply held convictions; the positions they championed and actions they took stand on their own. The only change is how we view their actions. The prism is ours.

Harry Burn later had this to say about his vote: “I had always believed that women had an inherent right to vote. It was a logical attitude from my standpoint.… On that roll call, confronted with the fact that I was going to go on record for time and eternity on the merits of the question, I had to vote for ratification.”

Heroes are among us for time and eternity.