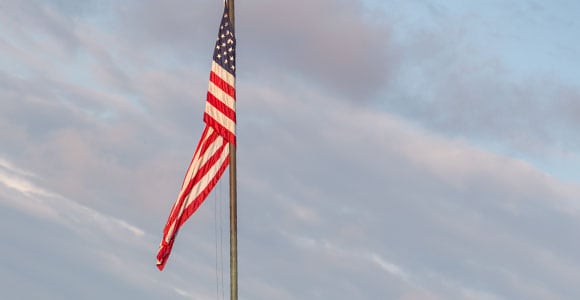 No man is an island
Entire of itself,
Every man is a piece of the continent,
A part of the main.
— John Donne

Though it wasn’t gift-wrapped and was 10 years late, “The Statue of Liberty Enlightening the World” is one of the best-known gifts in the world. Designed and constructed by France, Lady Liberty was a gift of friendship marking the centennial celebration of America’s Declaration of Independence.

The statue was dedicated in 1886. With Ellis Island Immigration Center opening in 1892, the statue quickly came to symbolize hope and freedom.

Over the next 50 years, more than 12 million immigrants came through Ellis Island’s gates. The words of Emma Lazarus’ “New Colossus” capture perfectly the daily scene:

“Give me your tired, your poor, Your huddled masses yearning to breathe free, The wretched refuse of your teeming shore. Send these, the homeless, tempest-tossed, to me: I lift my lamp beside the golden door.”

The “masses” came from Germany, Ireland, Britain, Italy, from all across Europe and beyond. They brought with them a few belongings and their traditions. Some kept the traditions; some shed them. The day they arrived in New York Harbor was very much their own Independence Day.

Removed from their country and families, they depended on each other. They began new lives in a new nation, establishing roots and raising families; they became uniquely American.

Even before the Statute of Liberty was erected, America was a welcoming place for immigrants. Our founding fathers, coming to the New World in search of freedom, welcomed others seeking the same. During the Revolutionary War, the French, German and Irish fought alongside American and British soldiers.

We are the nation we are because of them.

Trace your family tree, and you’ll discover this fact: We’re all immigrants. There is no escaping that truth. Unless your ancestors were from the Cherokee or other indigenous peoples, you came from someplace else. Not everyone came through Ellis Island, though some estimate that more than 40 million Americans can trace at least one ancestor who did.

As we celebrate our freedom from Great Britain this July, we’re celebrating our independence — the founding of a new country. But all we have accomplished isn’t about going it alone.

The truth is exactly the opposite. It’s more about interdependence. The influx of differing nationalities and traditions created tension and conflict, and we ultimately coalesced to create new traditions — American traditions.

This July 4, let’s celebrate our independence by celebrating our freedom — freedom to do mostly as we please. Freedom of religion and assembly aren’t the least of the rights that led our ancestors to come here.

All we have accomplished isn’t about going it alone. It’s more about interdependence.

But let’s also celebrate our interdependence — our dependence on each other, acknowledging that we didn’t get here on our own. Without those earliest settlers from the 1400s, there isn’t a battle for freedom in the 1700s or a nation to join in the 1800s.

Whether your family has been in the United States for 600 years or six months, we’re all immigrants.

As we move forward as a nation, let’s look less at our differences and more toward working together for solutions.