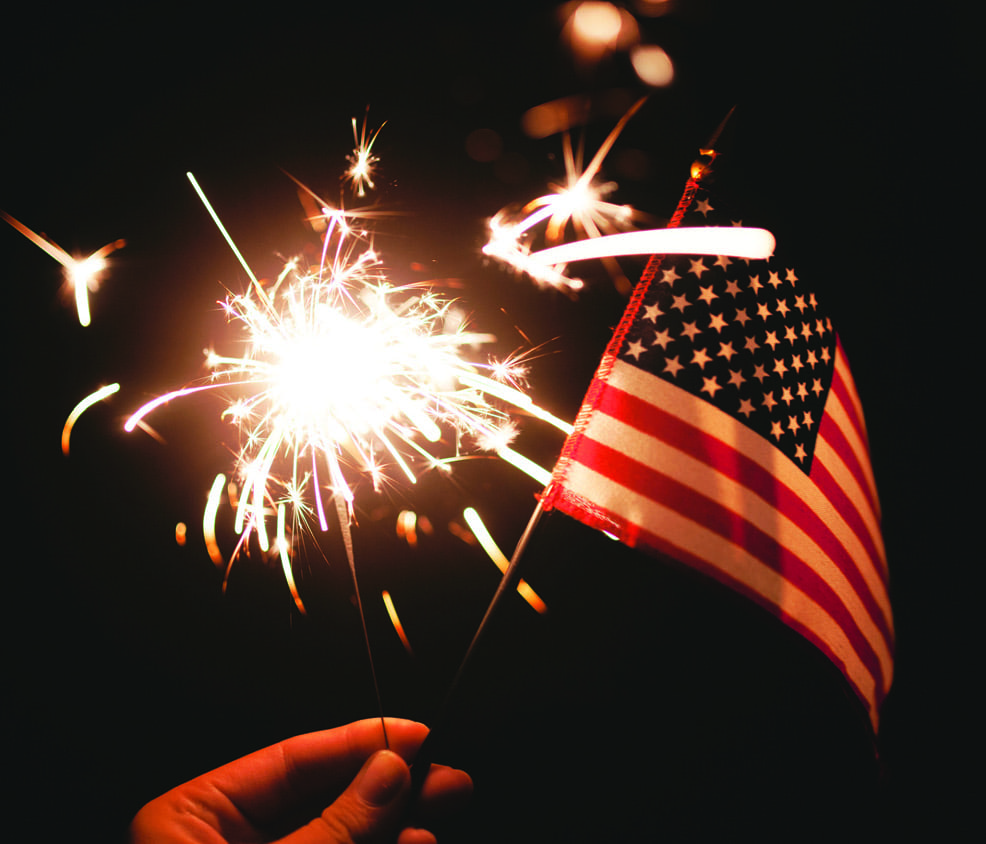 Independence Day — the Fourth of July — is celebrated in different ways across the United States: cookouts, family gatherings, fireworks, parades. Different traditions for different parts of the country. And in case it gets lost in the celebration, we’re recognizing the day we gained our independence from Great Britain in 1776. I’m certain that Fourth of July celebrations today are far different from those of the 1800s when the singleness of purpose (freedom) created a sense of togetherness.

As the nation has grown, we’ve become more diverse. We sometimes lose track of what we’re celebrating. A New York Times editorial from July 3, 2012, put it this way:

“Today we celebrate one Independence Day, though, with so many versions of America, it’s hard to know how to reconcile them all. All across the country, we differ, sometimes gently, often sharply, on what rights obtain, what liberty allows, what freedom permits. That tension is characteristically American.

“Even on our best days — and the Fourth of July is one of them — we seem more pluribus than unum, though your neighbor’s idea of who belongs to our pluribus may be radically different from yours.”

Electric cooperatives today are, in many ways, far different from electric cooperatives in the 1930s. Back then, rural America was primarily agrarian. In 1935, there were 6.8 million farms across the United States. Farming was not only the predominant way of life, but in many communities, it was the only way of life. It was easy to see the need for electricity on the farm, which helped speed the process of organizing the electric cooperative. If a group of farmers saw the need for a co-op, it was easier to convince other farmers to join the effort.

These farmers, by necessity self-reliant, saw the value in coming together to address a need. Electricity brought innovation. Farm living became easier, and farming operations also improved. Before long, farmers weren’t the only members of the electric cooperative.

Today’s electric cooperative members are different. Follow a few miles of co-op lines, and you’ll find factories, office buildings, shopping centers, warehouses and, yes, farms. In 2017, America had only 2.1 million farms, though our nation’s population has nearly tripled since 1935. Rural communities are now home to industries that didn’t exist 80 years ago. And with increased broadband coverage, those numbers will only grow.

When most co-op members were farmers, they had similar needs, and decisions regarding power supply were fairly simple. Electric cooperatives today have to balance the demands of different industries and businesses. Though most electric cooperative members are no longer farmers, they are still bound together by the power of cooperative membership. Cooperative principle number four is “Autonomy and Independence: Cooperatives are autonomous, self-help organizations controlled by their members.” Though tensions and differences exist, the members control the co-op. It’s up to members to reach a balance between self-reliance and shared responsibility.

It’s a unique balance not dissimilar to us as a nation. We’re different, yet we have a shared interest in staying together. This month, as you celebrate Independence Day, consider the interdependence you have with your neighbors, and remember the meaning of the motto written on the Great Seal of the United States: “E pluribus unum.” Out of many, one.