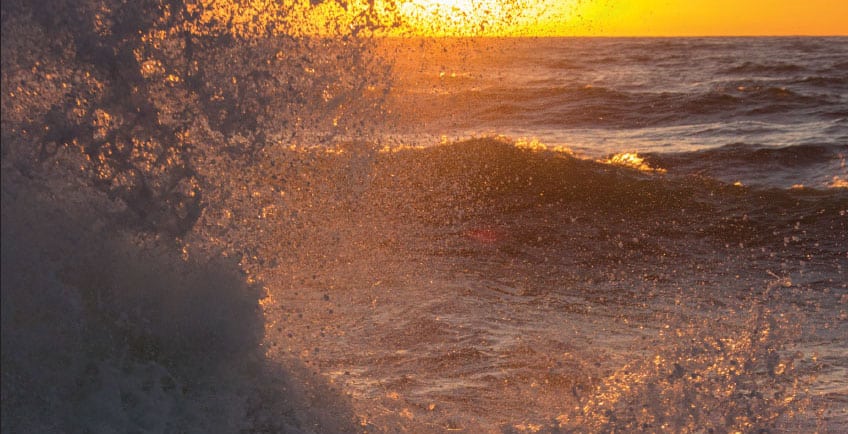 There are a few general rules in photography that become engrained in your mind as you learn the craft. Three of my favorites played a role in this image:

But, as we all know, once you understand them, rules are sometimes meant to be broken. Following two of these tennants and breaking the third led to this image.

I had observed a couple of cycles of waves crashing into these rocks along the Pacific Coast just north of San Diego and thought there might be a chance for an interesting image. Checking tidal and sunset times told me that high tide was going to coincide with sunset. The cloudless sky had me doubting that I could get a good sunset shot as the light would be very contrasty and probably blow out any detail in the waves.

I set up my tripod where I observed the highest splashes, hoping the waves would obscure the direct glare of the sun. Choosing an ISO of 1250 and a shutter speed of 1/500 of a second helped “freeze” the water as it arced toward the sun. An f-stop of 8 kept the depth of field relatively sharp from the foreground to the horizon.

With the cloudless sky, the harsh sunset light would have been much less interesting if I captured only the sun setting on rolling waves. It would have just been a ball of light in the sky and limited detail in the shadows. Filling the frame with the foreground rocks and the arcing wash of a crashing wave added interesting elements.

Take care when shooting into the sun. Protective solar eyewear is a must for your eyes, and making sure the sensor isn’t exposed to direct light for long exposures also helps prevent damage to your camera body. 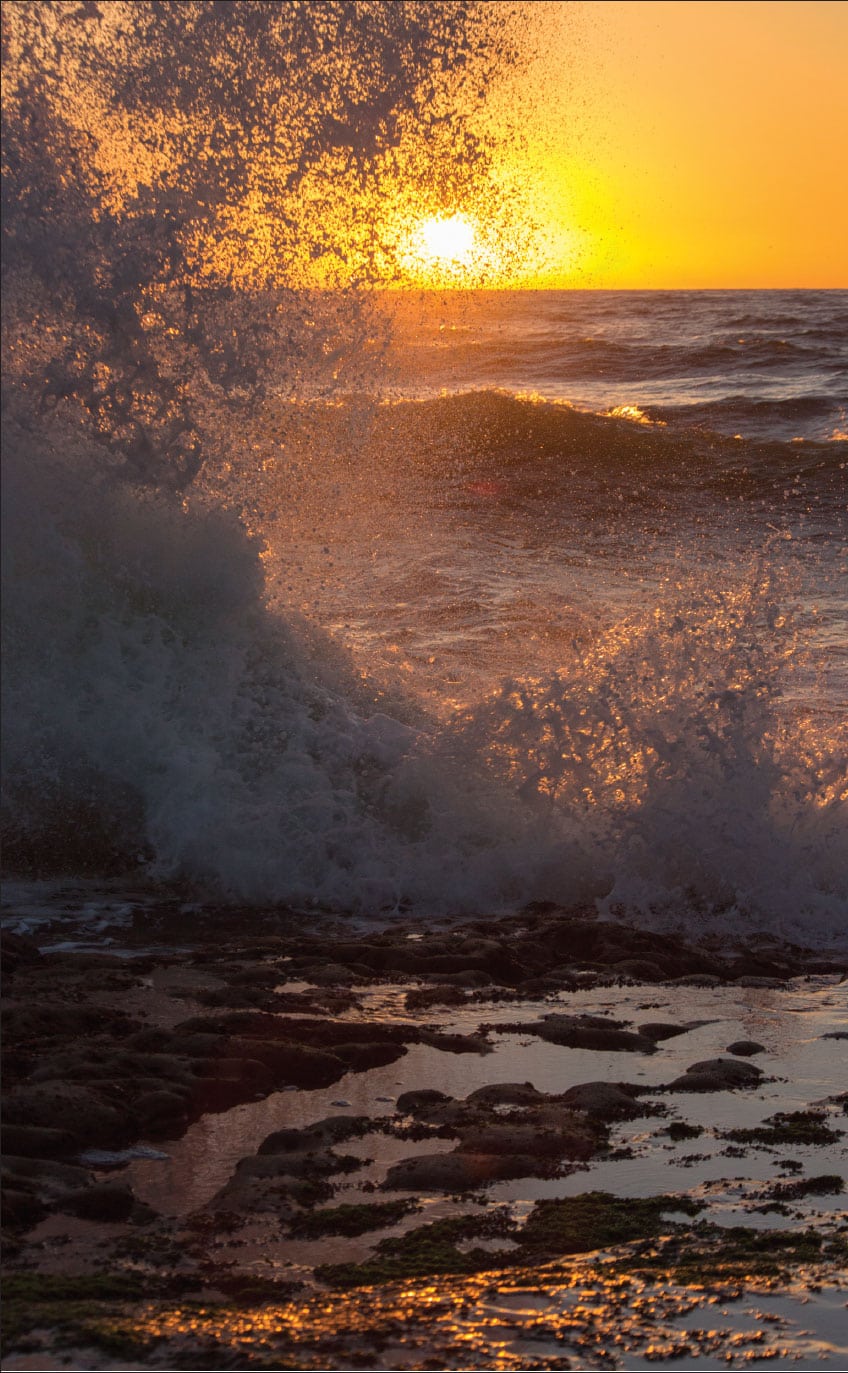