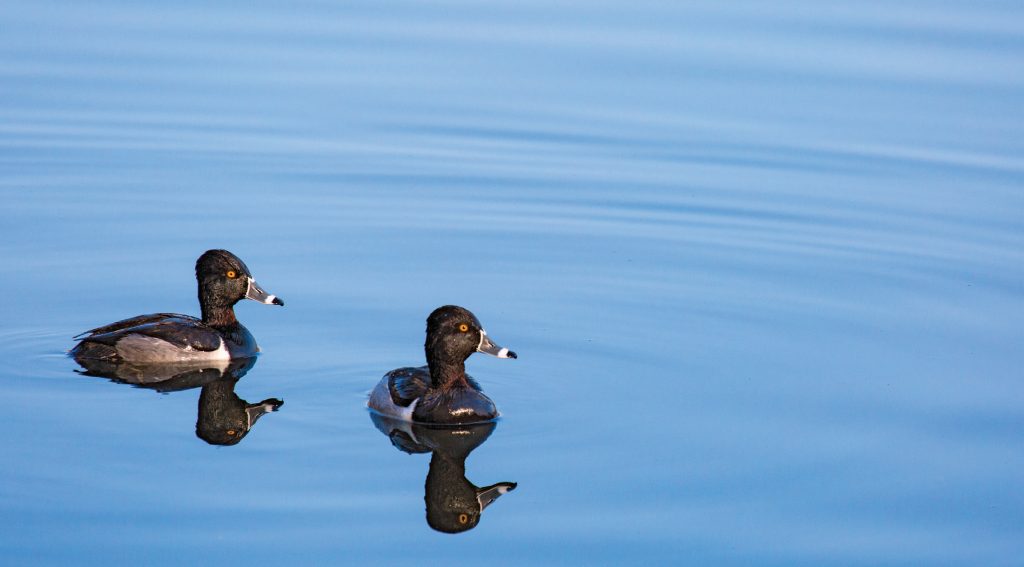 As the seasons change from summer to winter and the currents aloft blow from the north to the south, Tennessee will once again be on the flightpath for numerous migratory birds. Ring-necked ducks, grebes, lesser scaup, gadwall, eagles, snow geese and sandhill cranes, to name a few, will winter across our state.

Many species of birds have different ranges for summering and wintering grounds. Largely based on the climate and availability of food, certain rivers, lakes, parks and public lands in Tennessee have become favorite wintering grounds for several species.

As winter arrives, so do sandhill cranes by the tens of thousands in the Hiwasee Refuge in Birchwood; eagles become plentiful at Reelfoot Lake State Park, Land Between the Lakes and Dale Hollow Lake; and hundreds of waterfowl gather on Radnor Lake State Natural Area. Though numbers and species can vary widely, there are several favorite locations among birders and photographers.

Successfully photographing individual birds often requires a strong telephoto lens and a very steady hand or a tripod. Don’t be intimidated, though, if you don’t have a large, expensive lens. Photographing flocks of birds in a landscape can be equally as interesting. If you learn where to go and when to be there, you will have success.

I photographed this pair of ring-necked ducks from about 30 feet away at Radnor Lake in Nashville. Waiting until the pair were close together makes them one subject instead of two competing subjects as they would be if they were spread out on either side of the frame.

The late afternoon light accentuates their eye color as they are silhouetted against a background of the calm, blue lake surface.

Some of the best places I’ve found to observe numerous bird species include:

Many of these locations will host birding events from December through February. For more information about birding in Tennessee State Parks or Fish and Wildlife Refuges, check tnstateparks.com/activities/birding and www.fws.gov/refuge.