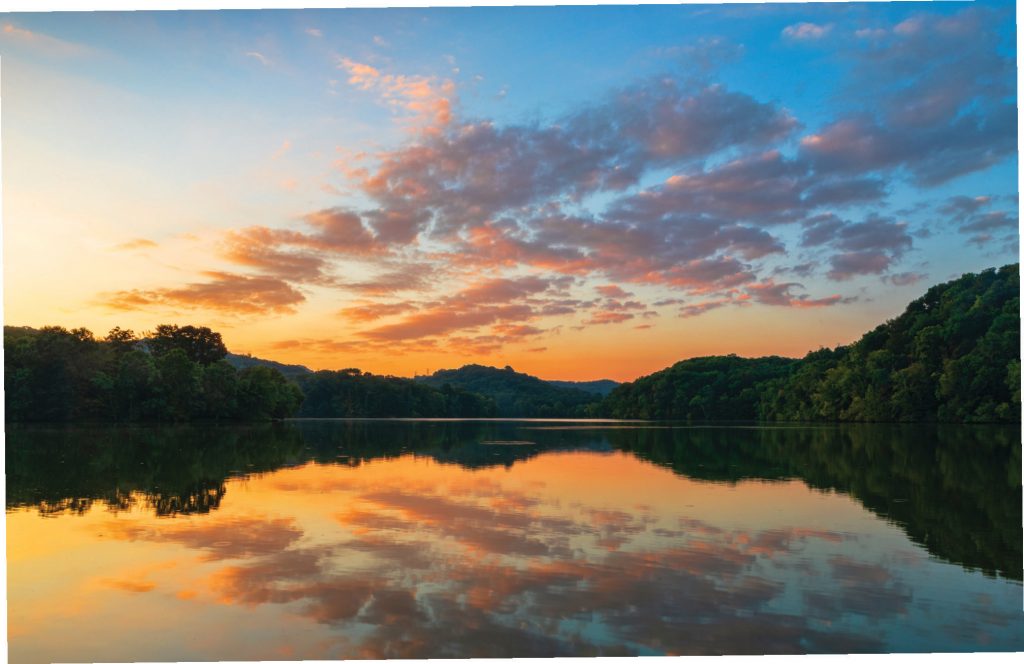 “How glorious a greeting the sun gives the mountains.” — John Muir

Seated on an observation deck at Radnor Lake State Park and Natural Area as the day awakens is one of my favorite places to be. As I hike in the twilight at dawn, the wooded trail is peaceful and secluded.

As the sun rises, illuminating the surrounding hills, I feel a closeness to some of my favorite writings by John Muir. The conservationist and naturalist traversed the United States, recording his experiences in countless letters and journals. His writings and philosophies helped establish wilderness conservation across the United States.

As I listen to the Canada geese take flight and the light breeze rustling the canopy above, it feels as if I’m in a pocket wilderness — far from cities, traffic and people.

In fact, I’m in a park of about 1,400 acres surrounded by an “It City” in a very metropolitan area of Davidson County. Being able to watch the sunlight warm the color of the sky and passing clouds as it forms a perfect reflection on the lake’s surface is a privilege I don’t take lightly.

Without the efforts of conservationists, places like Radnor would not exist today. I am so thankful a group of concerned citizens, naturalists and conservationists came together to save Radnor Lake nearly 50 years ago. In 2020, a year like no other, a record of more than 2 million people sought the peace and tranquility of this park.

Nature is something we instinctively seek to recenter ourselves — at least I do. Though Radnor is a tiny slice in size compared to the vast wildernesses Muir explored throughout the late 19th and early 20th centuries, it brings me some of the same wonder and appreciation that he must have felt while exploring the Yosemite Valley or walking among the Sequoias.

Tennessee is filled with many special places to explore. I challenge you to get outside and find those places that speak to you and inspire you to write about, photograph or just enjoy.