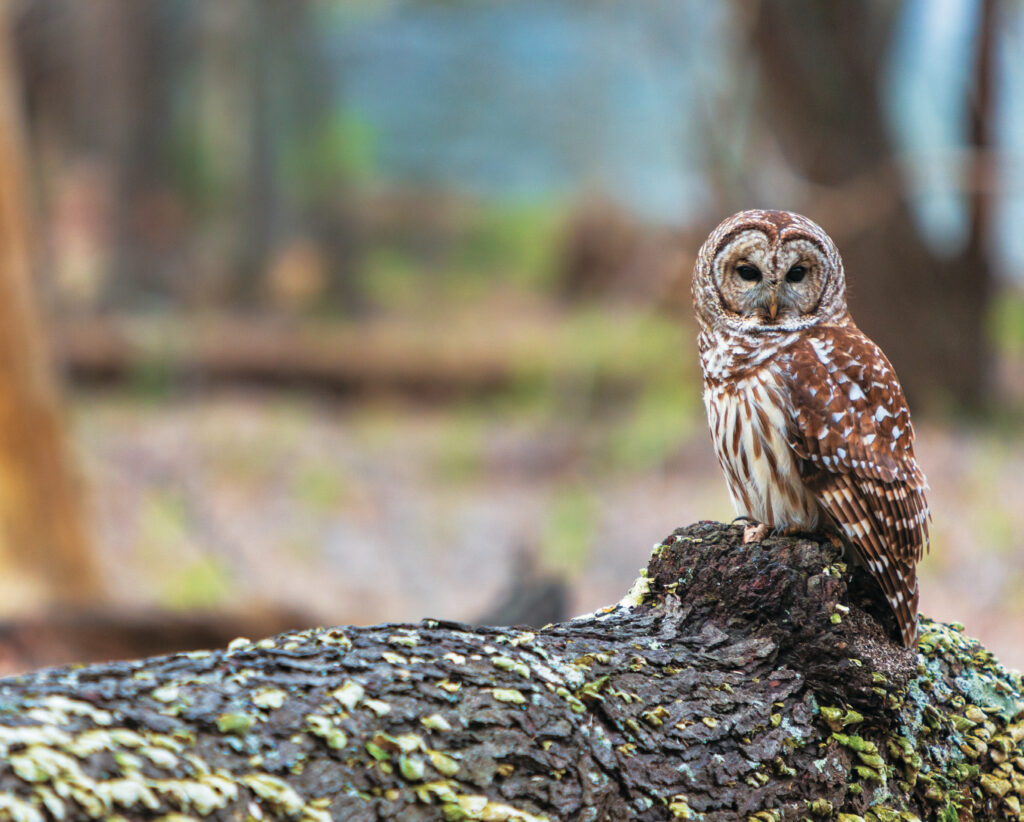 Have you ever heard that common refrain, “Who, who, who cooks for you?” Chances are that you have heard the melodic call of the barred owl coming from the tree lines, swamps and wooded areas of Tennessee. Barred owls are common here and throughout most of the eastern United States.

They usually roost high in the trees during the day and hunt in the evening, so you will often hear their call before you see them. They are masters of camouflage and can remain motionless for extended periods of time.

I came across this owl late in the day along the Lake Trail at Radnor Lake State Natural Area in Nashville. Unlike most of the owls I see, it was close to the trail and not obscured by tree limbs. Perched on a fallen tree about 6 feet off the ground, it was out in the open and hunting.

Staying about 20 yards away, I was relieved that my presence didn’t seem to affect the hunter’s focus. I had a 100–400 mm zoom on my camera this particular day, and it turned out to be the perfect lens for this subject. I wanted to zoom in close while keeping my distance and completely blur the background, bringing the focus of the image to the owl and the texture of the tree bark.

The light was somewhat flat but nicely diffused across the overcast sky. I increased the ISO to 600 so I could use a higher shutter speed. That helped prevent any shake from hand-holding the camera as I shot. The lens and f-stop setting helped completely blur the background with a shallow depth of field.

The owl remained virtually motionless except for an occasional head turn as it listened for voles and chipmunks rustling in the leaves beneath its perch. After 30 minutes of observation, the owl took aim at something on the ground a few yards farther away. Launching off the tree, it landed in one swoop, quickly grabbing at something hidden in the leaves.

It was a miss for the owl and for me as I was manually focusing and wasn’t quick enough. But I didn’t leave empty-handed: This image was my catch of the day.