Real math from Down Under 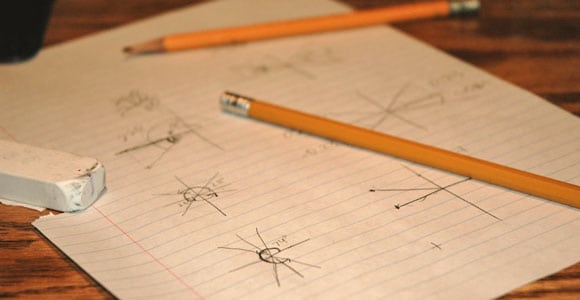 There is an old joke about a crafty accountant at a job interview. The interviewer asks him a tough question: “What is two plus two?” The accountant gets up, closes the door, draws the curtains closed, leans forward and asks, in a whisper, “What do you want it to be?”

The Obama administration recently released a plan to further regulate carbon emissions. In a twisted version of new math, the administration included in the cost calculations a new justification for a move to more stringent guidelines: the “social cost” of carbon.

Traditional economic analysis does not take into account this type of calculation, which, by another name, is no more than speculation. The social cost used by the administration is $36 per metric ton.

How does one arrive at the “social cost” of carbon? According to a recent Wall Street Journal editorial, “This figure was derived by guesses about how much carbon in the atmosphere may harm everything from agricultural productivity to human health to flood risks.”

The chief economist of the National Resources Defense Council says it should be as high as $266 a metric ton.

The effect of adding another cost component to carbon emissions is an effort to justify higher-cost alternatives. Congress rejected carbon cap-and-trade legislation in 2010. Furthermore, the move to include social costs for carbon emissions originated with the administration, not Congress. The use of a social cost helped justify changes to miles-per-gallon standards for the automotive industry.

Though the newest proposals at regulation are targeted mainly toward electric generation, they could just as easily be applied toward any process that creates carbon emissions. Your lawnmower most likely has an internal combustion engine. How much would that mower cost if the “social cost of carbon” were included in the purchase price?

Recently, I was discussing some of our energy and regulatory challenges with friends from South Africa and Australia. The gentleman from Australia said, “We just booted our prime minister out of office because of our carbon tax.”

Australia’s prime minister, Julia Gillard, was ousted by her predecessor in June. Voters are angry, in part, that her party introduced a controversial carbon tax in mid-2012, despite an election promise not to introduce one. The tax equates to about $24 per metric ton of carbon.

It’s true that Australia’s carbon emissions declined in the first full year of their carbon tax. However, it has declined for each of the past four years with lower electricity use and other factors — such as changes in the types of coal used for generating electricity — driving the decline. Interestingly enough, wind output also declined in Australia last year.

My Australian friend went on to explain how his electric bill had doubled over the past year due to the imposition of the carbon tax. That’s not speculation, estimation or sophisticated economic modeling. That’s real-world dollars and cents.

Consider the changes required to your household budget if your electric bill — not your energy use — doubled. And if your residential bill doubled, so would the bill for the factories and stores where you shop.

The “social cost” of carbon isn’t readily tangible. It’s an easily adjustable number — a guess — that could lead to a slippery slope of regulation that impacts virtually everything in your life.

What is tangible — and painful — is a higher electric bill. Our industry and our nation have been on track for reducing our carbon emissions. Reducing use and increasing alternative energy sources have been effective.

Next time you read about the social cost of carbon, think about the real-world, true cost to your family and our country. Encourage Congress to do the same.