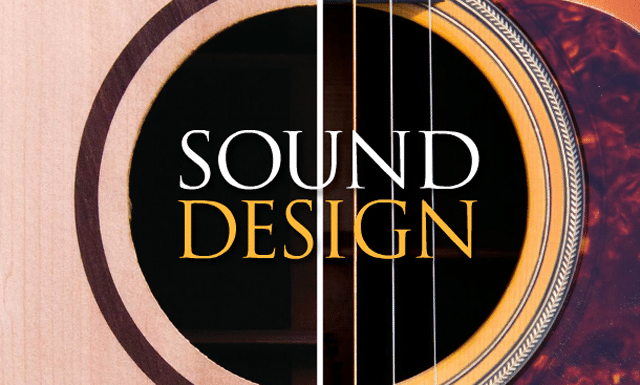 From Start to Finish with Gallagher Guitars
When you get behind the wheel of a Cadillac, you know something’s different. You may not know why it’s different, or how, but you know. The ride is smoother, the handling is better and there is an air of quality you won’t experience in a lesser car. Only a skilled craftsman would know that it goes back to the car’s first hand-drawn plans, that it’s carried through at every step of manufacturing. Quality has a subtle but distinct way of making its presence known, whether it’s a car, a suit of clothing or, in this case, a guitar.

Gallagher Guitars is located in the hamlet of Wartrace, more than 20 miles off the beaten path of Interstate 24 and light years, it would seem, from the stresses of our modern world. Inside this old shop, time stands still, hearts beat slower and the whirring white noise of our day settles into a comfortable, distant drone behind the sound of hand tools and sandpaper.

Built in 1922, the shop was first home to J.W. Gallagher, who made custom furniture there. His son, Don, apprenticed with his father and built the first prototype of a Gallagher guitar when he was just 16 years old. Now, three generations later, guitarists around the world seek out the Gallagher family name for their handcrafted quality.

The business, a charter member of Duck River Electric Membership Corporation (DREMC), is still very much a family operation. Gallagher customers are often greeted by name, and Buddy the family dog playfully sniffs all visitors. Don’s mother, Hazel, wife of founder J.W. and a retired DREMC employee, still comes in to work at age 92.

Don Gallagher is a likeable, easygoing man with a wide smile and infectious laugh who makes every visitor feel at home. Within minutes of our meeting, he is showing me the recent email from a German customer who had just been reunited with his precious Gallagher that was stolen almost 30 years ago.

“My father kept meticulous records, and we still do,” says Don. “Within five minutes of his email, I had the model number, a copy of his invoice and every detail of his transaction.”

The guitar had turned up on eBay, and the man spotted it. Armed with information from the Gallaghers’ record-keeping, the guitar is now back with its rightful owner.

Gallagher guitars are highly coveted by acoustic fingerstyle guitarists, folks like Doc Watson, whose early purchase and promotion of his Gallagher put the company on the map. Look up Watson on the Internet and take a listen. You’ll hear what you swear is more than just one person. It’s hard to believe the notes you’re hearing are coming from just two hands, 10 fingers and six strings. Such skilled musicians naturally demand more from their instruments.

Fingerstyle guitarists prefer smaller bodies with big-body sound. The smaller bodies allow them more flexibility and ease, while the deeper bottom end emphasizes the ever-important thumb of their picking hand that keeps time and provides the bass notes.

“We get that sound mostly from the bracing,” says Stephen Gallagher, son of Don and the third Gallagher to carry on the family business. “Nobody sees the bracing but us, but it’s one of the most important parts of how a guitar is made.”

The bracing is formed by a series of shaped slats of wood that are glued onto the inside of the face and back of a guitar. The angle, width and overall shape of these slats “direct” the resonation as you play the guitar. Each slat is hand carved and helps to explain why each guitar — despite looking identical — will have its own unique sound. “The bracing,” says Stephen, “is an art all by itself.”

Stephen, 32, is the first in the family to seriously walk the path of musician as well as craftsman. He left Wartrace after high school to play football for Tennessee Technological University but came back after getting a degree in business. Besides being a master Craftsman, he plays in several bands in Middle Tennessee and is well versed in bluegrass, folk and Celtic tunes as well as the guitar anthems we hear on classic rock radio stations.

It’s not unusual to open the front door of the shop and walk in on an impromptu jam session, with Stephen taking the lead. His accompanist could be a local Nashville session player, a globe-trotting professional or a mere hobbyist who appreciates (and can afford) a custom guitar.

Gallagher guitars range in price, depending on the style and how much custom work is involved, but they generally cost $3,000 to $4,000. Inlays and details of all kinds can be added using any kind of wood at the Gallaghers’ disposal, from the customary spruce to the more rare and expensive rosewoods. The world-renowned Walnut Creek Music Festival in Winfield, Kan., commissioned an all-walnut model for its 40th anniversary last year. Officials liked the guitar so much they ordered a few more for the festival’s organizers. A custom Gallagher guitar will take about three months to complete.

Stephen is taking the company in a few new directions such as designing its first-ever arch-top guitar with f-holes similar to the vintage instruments played by Chet Atkins or many of the classic jazz players of the ’40s and ’50s. All Gallagher guitars produced up to now, some 75 per year, have been flat tops.

“I’m excited to try new things,” says Stephen, “We look at every guitar we build as a separate piece of art — functional art.”

A mandolin sits on Stephen’s work bench, a Kentucky brand garage sale trinket given to him by a friend. When asked if he’d ever want to build a mandolin, Stephen picks up the instrument and looks at it thoughtfully. “Yeah. I might.”