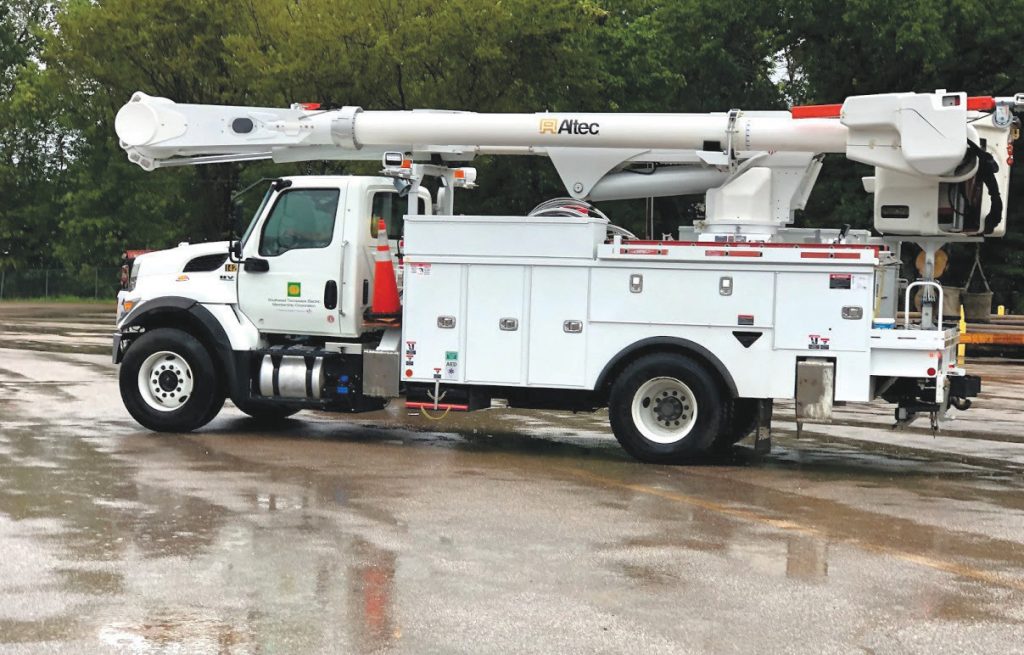 Southwest Tennessee Electric Membership Corporation crews left West Tennessee Aug. 31 to lend a helping hand to Jeff Davis Electric Cooperative (JDEC) in Lake Charles, Louisiana. The cooperative has 11,000 meters, and 100 percent were without power as of Friday, Aug. 28. In evaluating the damage, JDEC estimated that more than 1,000 power poles were broken, and much of the system remained under water. Half of JDEC employees were unable to travel due to the flooding, downed trees and poles across roadways.

“We are glad our line crews at STEMC were able to help others with restoration efforts during their time of need,” says Michael Russell, STEMC vice president of operations. “We are our brother’s keepers.”

Some don’t consider lineworkers to be first responders; however, theirs is one of the most dangerous jobs in the world. Lineworkers are required to venture into dangerous weather conditions to handle high-voltage electrical lines. Many of these downed power lines are tangled among fallen trees, poles, other lines and debris after natural disasters.

“We are proud to have the opportunity to help other cooperatives during difficult times,” said STEMC President Kevin Murphy. “It is important for our crews to help restore power for folks, but the most important thing is that our guys return home safely to their families.”