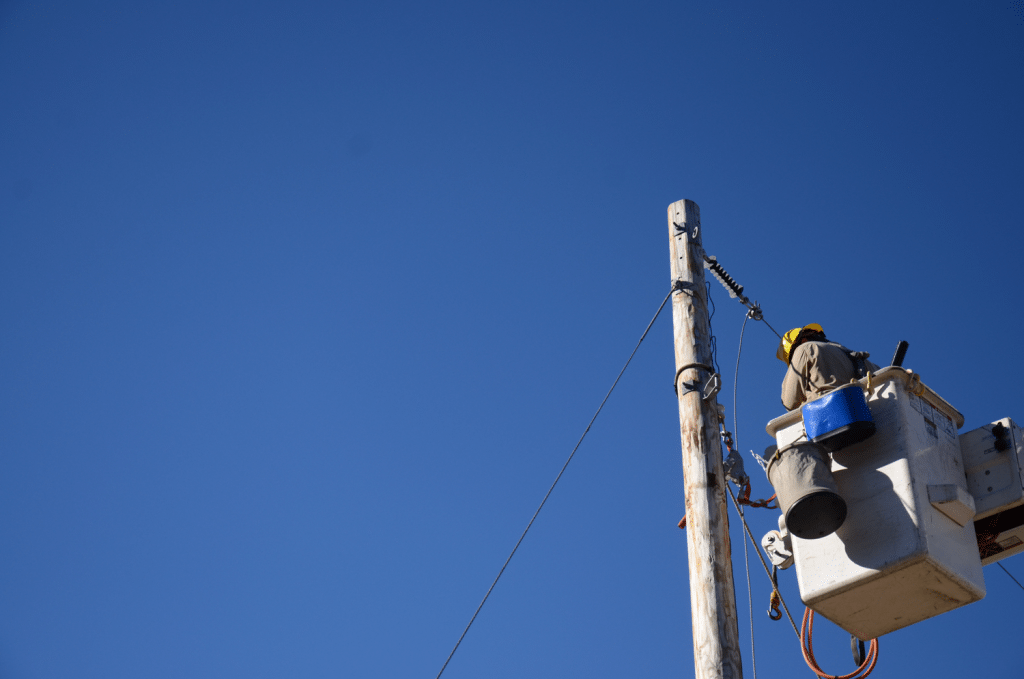 Electric utilities celebrated Lineman Appreciation Day on April 9, honoring the men and women working in this dangerous profession. With that in mind, May is National Electrical Safety Month. This column, which originally appeared in The Tennessee Magazine in February 2017, illustrates the dangers of electricity and the sometimes tragic consequences.

“He’s in the 11th floor burn unit at Vandy” are familiar words to electric utility employees in Tennessee. They are also words that no one wants to hear. Ever.

Recently, I received a call from a friend and colleague from another state. He had just left the burn unit at Vanderbilt University Hospital in Nashville and was driving home. A young lineman who worked for him had a work-related accident the previous day. The lineman had been flown from a hospital in Kentucky because of the severity of his injuries. I live nearby, so after we finished our conversation, I drove to the hospital to visit the family. Sadly, having worked in the electric utility industry for 25 years, I had been there before and knew where to go. (The lineman later succumbed to his injuries.)

We all regularly face some measure of danger — driving, crossing the street and other commonplace acts. But imagine having a job where you face life-threatening danger virtually every day. There are jobs in our society that are, simply put, extremely hazardous. They include police, fire, military and likely a host of others of which I am unaware. The electric utility industry — at least for those we call the outside employees — is one of those fields.

Just about every type of job has some kind of mandatory safety training, usually held once or twice a year. You learn rudimentary first aid, the proper way to lift or how to administer CPR. Most people don’t really think too much about it; it’s something you have to do. In the electric utility industry, safety training is a critical aspect of everyday work. It is ongoing. We spend a lot of time and resources developing safety training.

Life is filled with uncertainty. We can’t anticipate every danger. Airline passengers traveling through the Fort Lauderdale airport last month had no idea that another passenger was going to pull a weapon from his luggage and begin shooting. However, when we know we are dealing with something dangerous, we have to make plans and take every precaution possible.

It’s critical because it is, quite literally, a matter of life and death. The electric lines in front of your house are — for your safety — high in the air above you. They are purposely placed out of reach because they are generally uninsulated. Electricity runs through the lines at such a high voltage that it can cause serious injury or death. Direct contact with these energized lines causes life-threatening burns to skin and internal organs. Not to be too graphic, but loss of extremities is also common in electric-contact accidents.

I know that my words of comfort and offers of assistance were nothing extraordinary. The family already had a good support network of family and friends helping them though a difficult time. I just wanted them to know that they are part of a much larger family of thousands of men and women who work at the 900 cooperatives across the nation — men and women who go to work every day knowing there is a chance that they won’t come home.

The next time you see linemen working around your home or business, tell them thanks for doing a dangerous job. Or just say a silent prayer that, at day’s end, they’ll return home to their families.