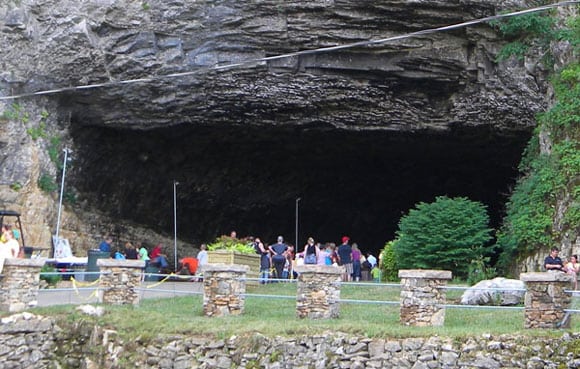 Just when you think you’ve heard everything about Tennessee history, along comes the following tidbit: More than a century ago, Dickson County was home of one of the world’s most famous communes.

It was started by Julius Augustus Wayland, who has been described by historian John Egerton as “the man who made socialism understandable and acceptable to tens of thousands of Americans.” Wayland was the publisher of The Coming Nation, one of the nation’s most influential socialist publications in the late 19th century. It advocated things such as the eight-hour workday, equal pay for women and the abolition of child labor — concepts that seemed a lot stranger then than they do now.

The Coming Nation also promoted the idea of a utopian industrial colony in a rural place, and, in 1894, some of Wayland’s followers agreed to participate in such a colony. Using earnings from his newspaper, Wayland purchased 1,000 acres near the Dickson County community of Tennessee City. Since the commune was based on the ideas of English social critic John Ruskin, it became known as the Ruskin Cooperative Association (RCA).

Though socialist in theory, there were some aspects of the RCA that seem capitalistic. The RCA was organized as a corporation and run by an elected board of directors. Each of the original male colonists invested $500 to purchase a share of stock, and the money collected from this stock financed the colony’s early development.

One can only imagine what the residents of Dickson County thought when a few hundred outsiders showed up and started building a utopian settlement. These newcomers were busy, building houses and commercial buildings and setting up all sorts of enterprises. The largest of these was a new printing press for The Coming Nation, which by 1896 had a circulation of 60,000. The colony also produced pants, belts, suspenders, coffee and chewing gum.

The first piece of land the colony settled on didn’t turn out to be suitable. In 1897 the colony moved to a new site about five miles away from the first: 300 acres that ran along Yellow Creek and included a cave (today known as Ruskin Cave). Ruskin Cave has an enormous entrance, which the colonists used as a meeting place and cannery. A few hundred feet from there, the colony built a three-story building, which they used as a printer, dining room, nursery and library.

The RCA was set up to be self-sufficient. All food was produced on site, and meals were served in a communal dining hall. People who lived and worked in the community were paid in scrip that could be used in exchange for goods. The value of the scrip was based on the amount of work that was done (as opposed to the value of work that was done). For example, a piece of scrip that represented seven hours of work could be redeemed for a pound of coffee. Alcohol was forbidden, and health care and day care were free.

I recently found a small article in an 1899 edition of the Sandusky (Ohio) Star about a lecture by Herbert Casson, a visitor from Ruskin who was in Ohio making a speech about the place. “There are 300 members of the colony, and they have 1,800 acres of land,” the article said. “They have no officers, no public officials, have no use for law, issue their own money, have no church, have farms, some factories, raise all they have to eat and only pay money for clothing and utensils needed.”

All this sounded great in theory, but the Ruskin Cooperative Association was destined to become a footnote in Tennessee and socialist history. The first sign that something was wrong occurred in 1895, when Wayland left the colony because of conflicts about ownership in the newspaper. There were also bones of contention about religion and equal rights for women, among other things.
Disputes led to a lawsuit in the summer of 1897 and, from that point on, legal problems tore the colony apart. As some members decided to leave and sell their shares, there were disputes about the value of the shares, and the problems got worse.

Finally, in 1899, some of the charter members tried to have the corporation dissolved. Not long after that, the Ruskin colony and most of its property were auctioned, and there was a yard sale of sorts attended by an estimated 1,500 people. “Hundreds of people came looking for bargains, and they found them: Fine horses sold for as little as $10, mules for $9, hogs for $5,” John Egerton wrote in his book “Visions of Utopia.”

“Many of the women shed tears at the sale, and there is much feeling over the breaking up of the new Utopia,” reported the Bee newspaper of Earlington, Ky.

Shortly thereafter, 240 of Ruskin’s members took what they had left and moved to Georgia, merging with another utopian colony there. But this didn’t work out either; the Ruskin colony disbanded by the fall of 1901. Most of the people who had spent their life savings on a share of RCA stock and devoted years of their lives to the cause were left with nothing to show for their efforts except a fascinating story.

You may be surprised to know that 113 years after the Tennessee auction, the site of the Ruskin colony is largely preserved; it is operated as a day camp by the Dickson nonprofit organization known as the Renaissance Center. I’m happy to tell you that my son has been to Renaissance Camp twice and had a great time fishing, tubing, rappelling and playing Ultimate Frisbee, archery and kickball there. Dad, however, was more taken with the historic surroundings.