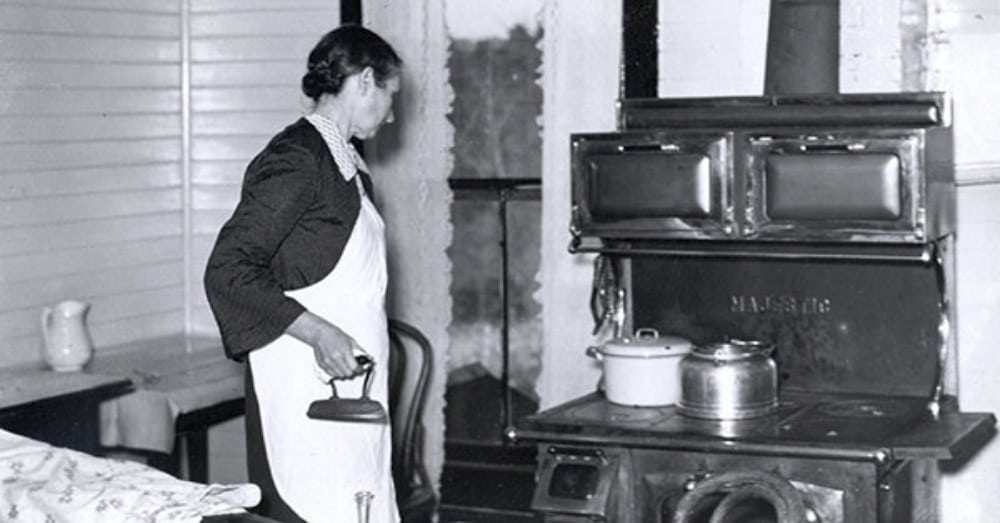 There are truths to be found and lessons to be learned in history. If we pay attention, past events can provide a path forward.

The rugged “Hill Country” of Texas is the birthplace of President Lyndon Baines Johnson. LBJ’s upbringing there spurred him to become a champion for the electrification of rural America. Robert Caro, LBJ’s biographer, writes: “As late as 1935, farmers had been denied electricity not only in the Hill Country but throughout the United States. In that year, more than 6 million of America’s 6.8 million farms did not have electricity. Decades after electric power had become part of urban life, the wood range, the washtub, the sad iron and the dim kerosene lamp were still the way of life for almost 90 percent of the 30 million Americans who lived in the countryside.

“Of all the chores that befell them, ironing was the most onerous. ‘Washing was hard work, but ironing was the worst,’ one woman said. ‘Nothing could ever be as hard as ironing.’ Properly so, they referred to their tools as the ‘sad irons.’”

Says Clay Coppedge, who writes extensively about Texas history: “Wielding an iron in those days meant tossing around six- or seven-pound wedges of iron, often without handles, that had to be heated over a fire, where soot sometimes accumulated and, despite every effort, sent another garment back to the original washing tub. Also despite every effort, women burned their hands from time to time, which didn’t excuse them from hauling six- and seven-pound loads of clothes around all day.”

Caro continues: “For two decades and more, in states all across the country, delegations of farmers, dressed in Sunday shirts washed by hand and ironed by sad iron, had come, hats literally in hand, to the paneled offices of utility-company executives to ask to be allowed to enter the age of electricity. They came in delegations, and they came alone — an oft-repeated scene was that of the husband whose wife had been taken seriously ill and who had been told by the doctor that she could no longer do heavy work, begging the ‘power company’ in vain to extend electricity to his farm.”

During that period, it was Texas Power & Light (TP&L) policy to only hook up farms within 50 yards of the utility’s lines. Caro continues: “Farmers whose homes were just beyond the fifty-yard limit, farmers who could see those lines every day of their lives, were unable to use them, while they had to watch their wives year by year slaving at tasks that electricity would have made so much easier. Some of these farmers, in desperation, said they would move their houses so that they would be within fifty yards. TP&L said that it still would not hook them up. Moving houses would set a precedent, a company spokesman explained: Who knew how many farmers would try to move houses near electricity? Where would it all end?”

We know how it ends.

Coppedge sums it up best: “In the 1930s, only 2.3 percent of the farms in Texas had electricity. Thirty years later, only 2 percent were without it. In between came the Rural Electrification Act of 1938, part of President Franklin Roosevelt’s New Deal program, and electricity for rural America. Life would never be the same again for Hill Country women, and that was a good thing.”

The vital need in rural Tennessee today is access to broadband, a service available in cities but not readily available in rural areas. Sure, you can have service extended to your home, but installation may cost thousands of dollars even if you are within a few hundred yards of existing lines. Sound familiar?

It’s important for our rural communities to have the services they need to allow businesses to grow, hospitals to access needed resources and your children to have the education they deserve.

The inequality is too great to be ignored, and the need is too great to walk away. Let’s hope all parties involved learn from the lessons of the past. We know how it ends.