TVA to deed 76 acres along Tellico Lake to Cherokee 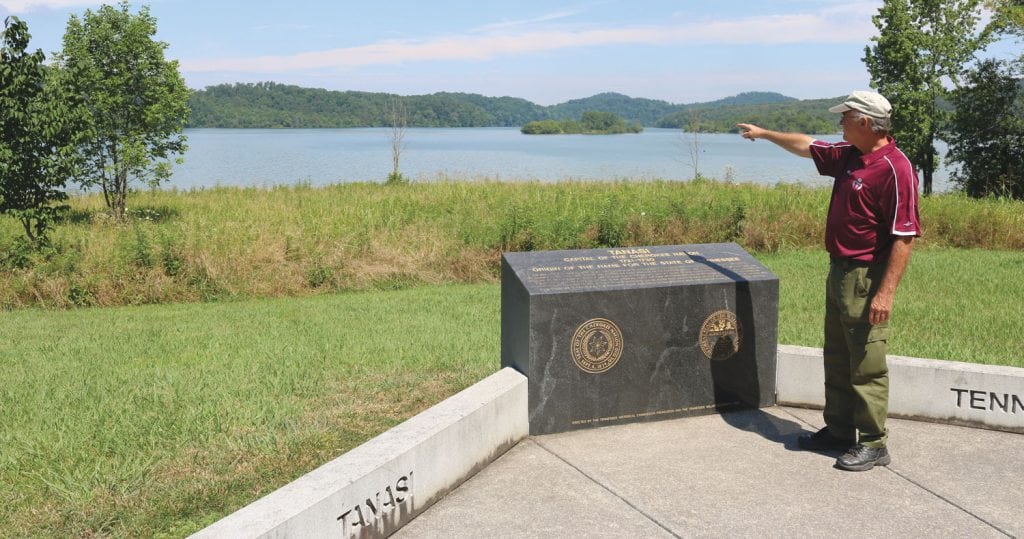 In a story that involves Tennessee’s colonial and Native American history, a proposal to deed 76 acres of Tellico Lake property to the Eastern Band of the Cherokee Nation is making slow progress through a congressional committee.

Since practically all of the affected entities are in favor of its passage, House Bill 3599 will probably pass — if not this year then under the next Congress.

But the story behind it is a long one.

You see, Tellico Lake sits on land that once belonged to the Cherokee nation. So did all of southeast Tennessee, for that matter. However, the land under and surrounding the lake is especially important to the Cherokees because it used to be the site of communities such as Chota, Toqua and Tanasi — the place for which the Tennessee River and the state of Tennessee were named.

It is also the land on which Sequoyah, creator of the Cherokee syllabary, was born.

Most of Monroe and Loudon counties were deeded to the U.S. government in the Calhoun Treaty of 1819. The Cherokee villages were vacated at that time, and the land was sold to farmers and loggers after the counties were organized.

In the 1960s, the Tennessee Valley Authority announced its intention to build Tellico Dam, permanently flooding parts of Loudon and Monroe counties. It was and remains the most controversial project in TVA’s history.

To allay opposition to the Tellico Lake project, TVA saw that 15 years of archaeological digs were completed, including some at the former sites of Chota and Tanasi. TVA also made arrangements to see that Cherokee culture would remain recognized and honored through the creation and funding of the Sequoyah Birthplace Museum.

As the head of TVA’s cultural resources program, Max Ramsey worked extensively on the planning and impact of the Tellico Dam project for TVA in the 1960s and 1970s. Ramsey eventually became the chairman of the board of the Sequoyah Birthplace Museum.

“When Tellico Dam was being developed, it was understood by TVA that one day the tribe would seek to have some of those Tellico lands returned to them,” says Ramsey.

The 76 acres consist of three main pieces of land:

“I can’t wait to get started,” says Charlie Rhodarmer, executive director of the Sequoyah Birthplace Museum.

House Bill 3599, sponsored by Rep. Chuck Fleischmann of Ooltewah, makes it clear that none of the land can be used for gaming operations.

It must be emphasized that the 76 acres being discussed represent a tiny fraction of the land that TVA bought when it created Tellico Lake. TVA acquired about 37,900 acres in the lake’s footprint.

In the book, Timberlake describes a Cherokee town house in Chota and estimated that it had enough room for 500 people: “Within it has all the appearance of an ancient amphitheatre, the seats being raised one above another, leaving an area in the middle, in the center of which stands the fire, the seats of the head warriors are nearest it.”

The extensive Chota monument sits on the exact location of this town house.

In 1969, prior to the creation of Tellico Lake, University of Tennessee researchers used Timberlake’s memoirs to locate the remains of Chota. They found that his map and his description of the town house were remarkably accurate. They also found and reinterred the grave of the Cherokee chief Oconastota beside the Chota monument.