What's under the hood 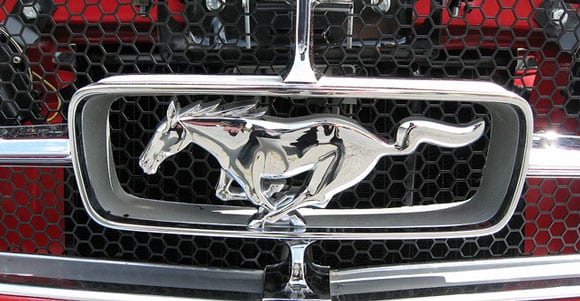 My first car was a 1965 Ford Mustang. My parents bought it for me, even though they were actually buying the same car for a second time. It had been purchased for my older sister, then eventually found itself parked in her driveway and needing work. We agreed to undertake a restoration, Mom and Dad signed what must have been a very bittersweet check, and I began pouring what little money I had into updates and upgrades for every part of the car.

I had the keys to a classic machine and was anxious to make the car shine. And every now and then, maybe just make that big block engine roar. And roar it did. Unlike most of today’s cars, the engine underneath my Mustang’s hood was pretty simple to understand. There was plenty of room to work, and replacing the original carburetor with a new and more efficient model was a simple task. While the car may have been 30 years old, it continued to serve its purpose well, and sensible improvements actually made it better than new. I wish I still had it.

Much like an engine powers the drivetrain of a car, electric power plants provide the horsepower that drives today’s complex and real-time American economy. I don’t believe it is hyperbole to suggest that the massive increase in life expectancy and quality of life across the planet over the past 100 years is directly related to the expansion and use of central-station electric service. The benefits to society provided by power plants are unquestionable, if most certainly under-appreciated.

When power plants are built, they are designed to operate for 50 years or more and cost huge sums of money to construct. The biggest decision is what fuel will power the plant. It’s a huge decision with lots of ramifications. It is not taken lightly by anyone involved.

That decision affects you directly. Approximately 80 cents of every dollar you pay to your cooperative flows directly to the Tennessee Valley Authority, which owns and operates a fleet of power plants. Much like a good stock portfolio, TVA’s plants use a diversified mix of fuels — hydro, nuclear, coal, natural gas, wind, solar and even landfill gas are converted into the electricity you use every minute of every day. This “all-of-the-above” fuel strategy has served us well. Tennesseans enjoy relatively low rates, 99.999 percent reliability and some of the most beautiful landscapes God has blessed us with here on earth.

President Obama has stated that he agrees with this type of strategy. He said as much in a speech on March 15, 2012, in Maryland where he outlined his priorities on energy policy. “We need an energy strategy for the future,” said the president, “an all-of-the-above strategy for the 21st century that develops every source of American-made energy.” We agreed with him then, and this statement appears on the website of the White House to this day.

That is why Tennessee’s electric cooperatives are so disappointed that the president’s administration has abandoned this strategy and replaced it with an “all-but-one” approach that effectively removes coal from the nation’s fuel mix. This is being done by creating standards for carbon dioxide emissions from power plants that are impossible to meet with current technology.

This is not the first time that Washington has sought to pick winners and losers. In 1978, Congress passed a law outlawing the use of natural gas for power generation. The result was that utilities across the country had little choice but to build more coal-fired generation, as they were being encouraged to do by President Carter. Many of these plants are being upgraded and working hard to serve their purpose. Like a restored classic car, the engines are performing well, and many are better than new. Now, these same plants are at risk of being closed by the new regulations even though they may only be halfway through their useful lives.

Join with us and encourage Washington to stick to an “all-of the above” energy policy. Please go to action.coop today take two minutes to share a message with the Environmental Protection Agency. America’s energy infrastructure is just too important and much too expensive to allow history to repeat itself.