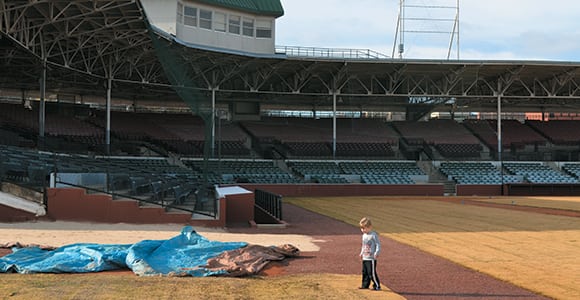 Two years ago, Tennessee History for Kids produced a poster that honored some of the state’s preserved historic buildings.

Last year’s poster — “Tennessee’s Lost Historic Treasures” — included photographs of some of the more beautiful buildings in the state that have been torn down.

Thanks to the support of the Tennessee Historical Commission, we have produced our 2013 poster. This time around, we took photographs of “Tennessee’s Endangered Historic Places.” These are things that have historic significance and may be torn down — or fall down — unless something is done to save them.

One might wonder how we came up with these places. There are several organizations that release annual lists of buildings considered to be “endangered.” The largest is the Tennessee Preservation Trust, which releases a list called “Ten in TN.” On a local level, Memphis Heritage, Historic Nashville, Knox Heritage and Cornerstones (of Chattanooga) also come up with lists.

We picked 29 places for the poster. Here are some of the things I learned in the process:

I know that every old building cannot be saved, nor should they all be saved. But if one of these historic places is preserved because of this poster, it will have done some good.

Tennessee History for Kids produces posters primarily for teachers. But if you would like a copy, go to tnhistoryforkids.org.