Build it and they will learn 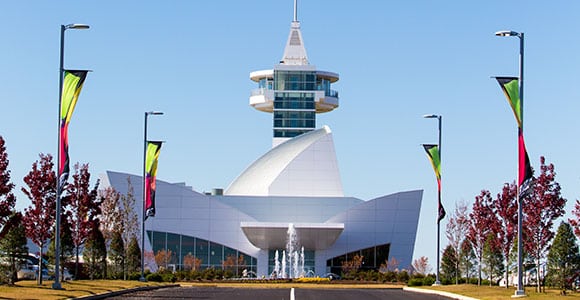 Against all common sense, in the 1989 movie “Field of Dreams,” Kevin Costner’s character plows under the corn in his Iowa field in order to build a baseball diamond. The movie spawned the now ubiquitous saying, “If you build it, they will come.”

The same could be said of the new Discovery Park of America in Union City, which also sits, coincidentally, in the middle of a cornfield.

Tucked away in the northwest corner of Tennessee, Union City is a town of 11,000 people, one of those you-can’t-get-there-from-here kind of places, more than 100 miles from the nearest big city. But if you cast your eye to the future, you can see that the fact the under-construction Interstate 69 runs right next to Discovery Park bodes well for accessibility to this phenomenal attraction. Even now, before the completion of the new Interstate, it is well worth the drive to Obion County to visit this “Smithsonian-esque” destination.

Discovery Park of America (DPA) had its genesis in 2006, but it wasn’t until the following year that the idea expanded in scope when Obion County natives Robert and Jenny Kirkland got involved. The Kirklands, who began and later sold two large chain stores, including the popular Kirkland’s home décor stores typically found in malls, have funded the vast majority of the $100 million project through their Robert E. and Jenny D. Kirkland Foundation and have committed several million dollars to fund future expansion and the operating budget. 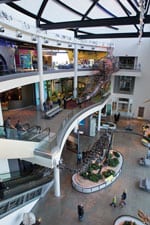 “This area was a wonderful place to grow up,” says Robert Kirkland. “My family’s focus on education and hard work provided the foundation for my success. People here are hardworking and intelligent and deserve a great future. It was my goal to build a permanent venue to enhance education for children as well as adults and to do it in an entertaining way for all ages. I hope it will be a destination that people will visit again and again and walk away each time with an expectation for continued innovation and having learned something new about our universe, our planet, culture in other parts of the world, the unique history of our region and the people who made our country great.”

After several years of work by various committees made up of community members, the Kirklands, staff members and countless designers and construction work­ers, Discovery Park finally opened its doors Nov. 1 and has been busy ever since. It only took a couple of weeks for the total visitation to surpass the population of Union City.

“We are thrilled with the response we are getting, both in numbers and in positive comments,” says Mary Nita Bondurant, marketing director for DPA.

Discovery Park is much more than a museum you can peruse in a couple of hours. In fact, you might want to set aside an entire day, perhaps two, to fully enjoy your visit. You’ll be exploring both indoors and out, with displays and interactive exhibits that span from prehistoric times to the modern day and beyond. DPA’s mission is to inspire visitors to see beyond their current level of knowledge, and that won’t be a problem as you begin to wander through all the offerings.

The park’s centerpiece is the Discovery Center, a 100,000-square-foot facility that you won’t be able to miss if you’re driving by. Its shiny exterior is constructed at interesting angles that stand out in the rural setting, but it’s what’s inside that is truly remarkable. Several galleries are filled with exhibits: 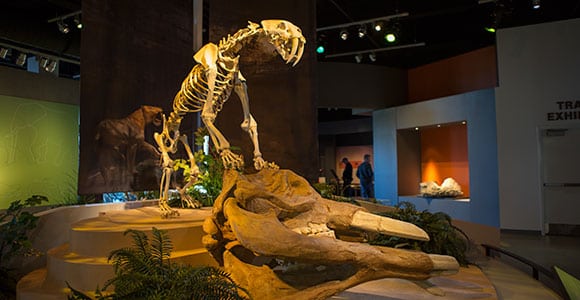 The final of the three special, add-on attractions at the Discovery Center is a 120-foot tower with a glass elevator that gives visitors an expansive view of DPA’s 50 acres as well as a lot of the surrounding countryside.

Once you’re finished indoors, there’s still a lot to discover on the grounds (it’s not called Discovery Park for nothing). A 1.5-mile walking track is lined with numerous slices of history grouped into different areas:

Whether you’re a teacher seeking a unique learning opportunity for a class field trip or simply looking for a great day (or two) trip, Discovery Park of America is a wonderful destination. You won’t even have to leave for a meal since you can grab lunch at the Café at Discovery Park. And the gift shop will allow you to take a slice of your experience home with you and would make a great place to pick up Christmas gifts that are fun and educational. 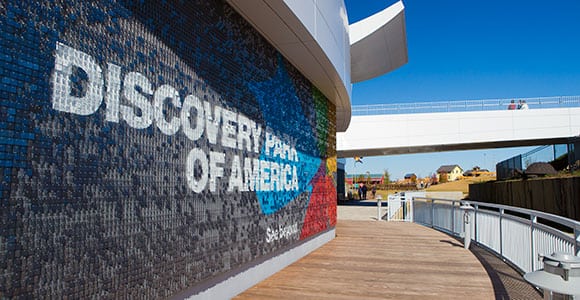 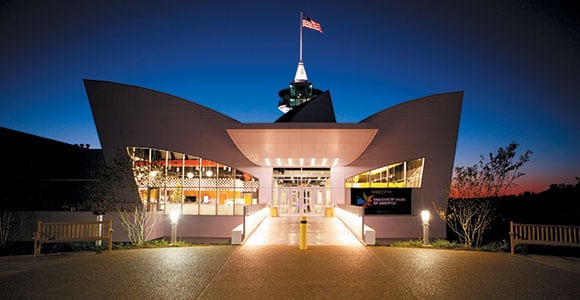 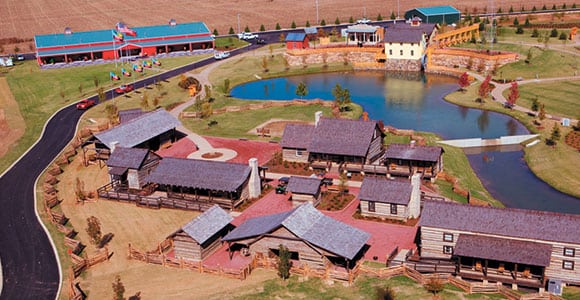