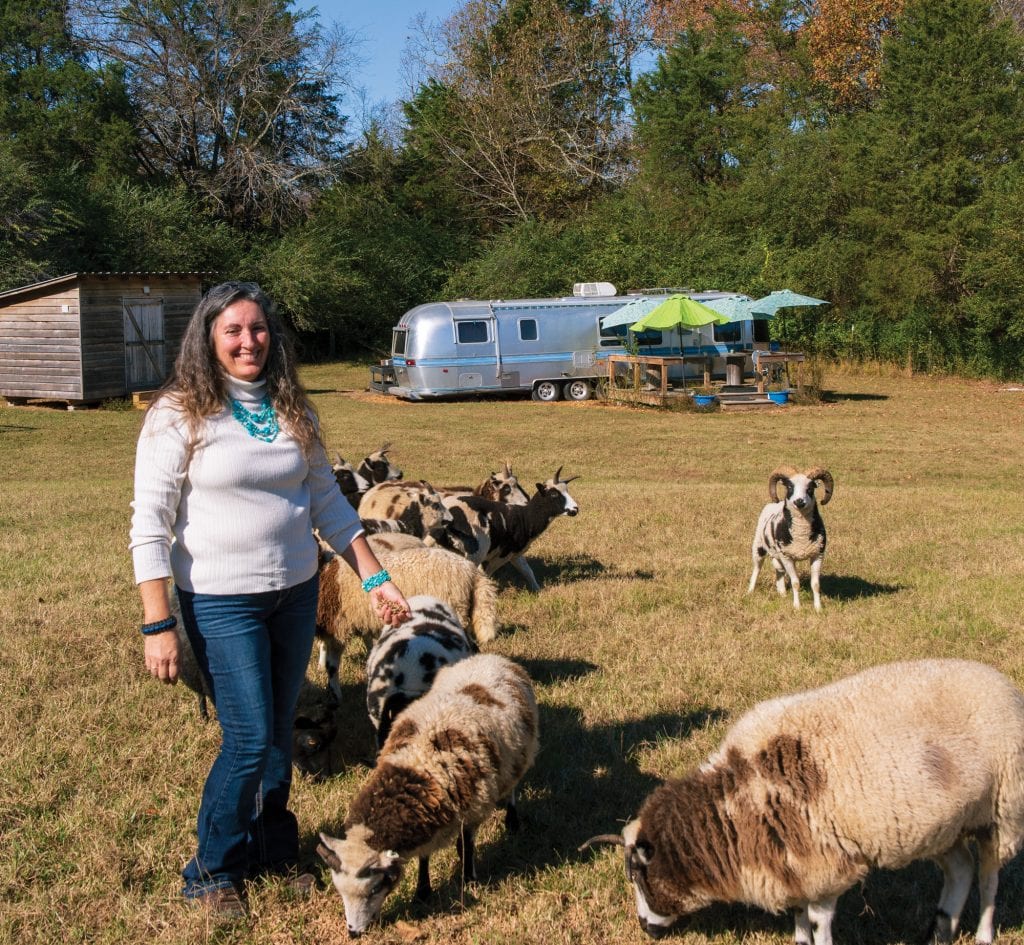 What do a bad dog, a hurt horse and a bag of jelly beans have in common? For Henderson farmer Valeria Pitoni and her husband, Rich, each represents a choice that seemed ill-advised at the time but ultimately led them through a series of steps to Stillwaters Farm, their 153-acre hay farm that also serves as a farmstay getaway, artisan product workshop and art studio.

“In 1998, my husband, our two sons and I lived a typical executive lifestyle in east Central Florida,” says Pitoni. “We had ‘the house,’ good jobs. We were active ministers in our church and leaders in our community. We had every thing.” In the background, though, Pitoni says she was nagged by a growing hollowness. A little voice was emphatic: “Change the course.”

Pitoni first upset her executive applecart with the simple purchase of a dog — a Rottweiler pup named Skooter. It was an ordinary decision, except, says Pitoni, “he was completely wrong for the ordered lives we were living. Skooter ate his way through stools, chairs, picnic tables and even chain-link enclosures.” Suddenly, their hands were being forced to take a first step that would lead to many: Get rid of the dog or change the way they lived.

Her love for the animal prompted Pitoni to share with her husband what had been stirring in her head and heart. Working just to pay bills was unfulfilling. “I was convinced we had more to give than counting time until retirement,” says Pitoni.

Then, at age 54, Rich lost his job. The voice in the background grew stronger. “We blindly started an in-home business that has sustained us ever since,” she says. “My husband gained mobility, which proved crucial for our future.”

In 2000, Pitoni purchased a horse. “It was my very first — a rescue from a man who’d had a stroke and could no longer care for him,” she says. “The horse was pitiful, a retired track horse with injuries that would have killed a lesser animal, but Red had moxie.” She settled him with a boarder and soon acquired another horse, a colt. “Our adventures with livestock began,” says Pitoni.

Within months, driving 45 minutes each way to care for her charges became unmanageable. In searching for a suitable property closer to home, she happened upon four acres at the border of the city limits. “The gentleman who owned it was a renowned eccentric and reputedly difficult,” says Pitoni. “Still, he took a liking to us, rented us the property and within a few months insisted we were supposed to buy the place.” Financially stretched, the Pitonis nevertheless made what has to be one of the world’s most unusual bargains since Jack traded his cow for three magic beans: “We struck a deal with an old pickup truck and a bag of jelly beans as down payment,” says Pitoni.

Now they had two lives: one in town and one on the farm. One of the two had to go. “It was a no-brainer,” says Pitoni. “That nagging little voice had pointed me to the farm and then provided opportunity after opportunity to go that direction.”

Rich had an idea: put both properties up for sale. Whichever sold first was the direction they would abandon. He was sure the farm would sell quickly and they would be finished with chasing the farm life.

Three years later… it was the house that sold. The Pitonis purchased a small home near their farm, worked on building their business and watched the vision of their farm grow roots.

In 2003, Pitoni left her community college job and with it their only steady paycheck. She tutored students as a way to wean herself off dependence on a regular job. The Pitonis continued collecting farm animals: horses, mini donkeys, goats, sheep, a pig, chickens, turkeys and two miniature cows. Area homeschoolers came to work and play on the farm, caring for the animals and learning about life. The farm was bursting at the seams, and Rich suggested searching for a new farm outside of Florida. “I was not amused,” says Pitoni. “Florida was my lifelong home. I was a sixth-generation Floridian. I was born there, and as far as I was concerned, I would die there. Period.” Nothing in their price range even came close to what they needed, though, and they were exhausted with searching. It was 2005, and they were long overdue for a little getaway.

A bed-and-breakfast in Corinth, Mississippi, was within a day’s drive to spend a long weekend. Rich suggested taking along a few internet “for sale by owner” ads, “just to keep us entertained,” says Pitoni. “What’s wrong with exploring a new area for kicks?” Though none of those places was perfect, everything was within their budget. Rich wanted to call an area real estate agent in case these prices were representative of the larger area.

The agent — from Henderson — showed the Pitonis a couple of places, and then, says Pitoni, the agent’s voice rose from the back seat of the car: “I know where your farm is!” At the end of a little gravel road, they were faced with a dilapidated, abandoned farm. “Wild turkeys crossed the driveway right in front of us,” says Pitoni, “and when we got out, a beautiful butterfly was intent on lighting on my husband’s pant leg. We were home. By the end of the weekend, we had literally ‘bought the farm!’” 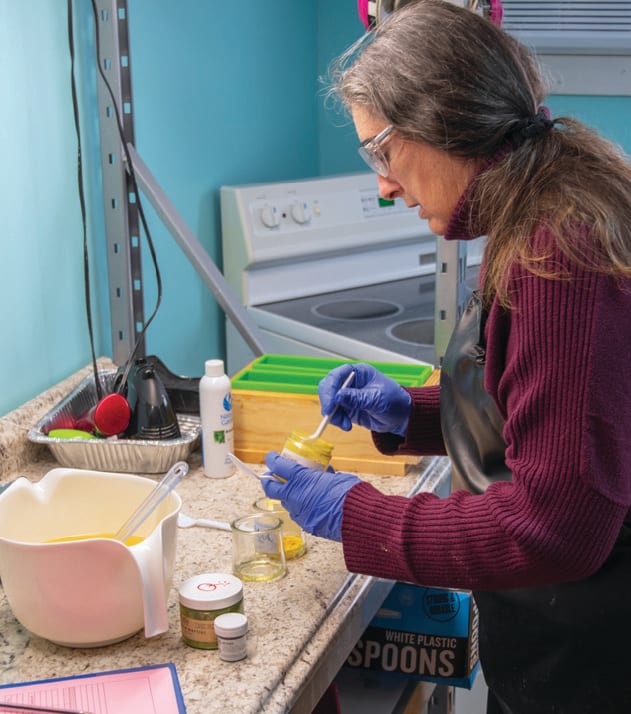 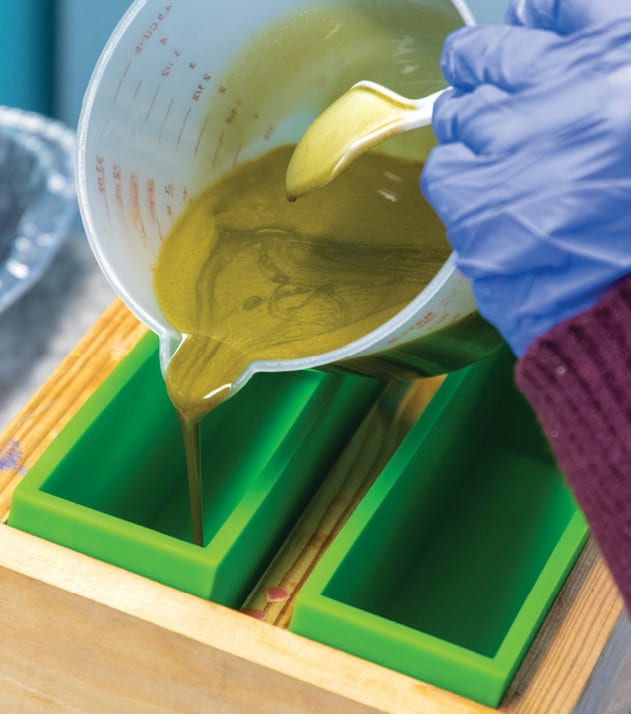 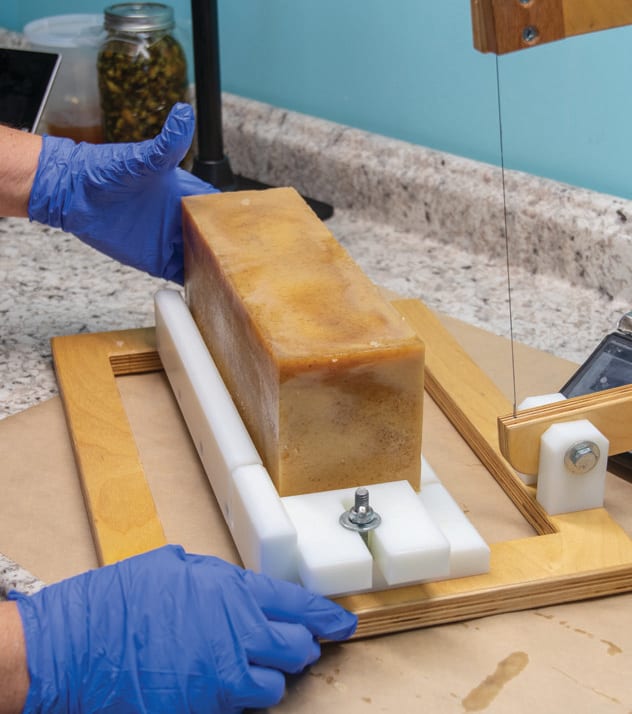 Fear set in. The Pitonis had committed to purchase a farm in Tennessee with two properties still in Florida. After “strategizing, panicking, praying and doubting,” Pitoni says, the Florida properties sold. It took 10 round trips of 850 miles each way to move the family, business and farm. And there was a catch: They were in new territory with no friends, family or contacts. The population of the area would not support the way they farmed in Florida. “Kids here worked on their own farms,” she explains, and wouldn’t be visiting the Pitonis. “Our whole experience base for farming was useless.”

On the property was a two-bedroom “spare” house in deplorable condition. It would be a major renovation project, but it called to Pitoni. “As we brought our own house to livable condition, I entertained daydreams of what that little house could be. When the holidays approached, we cleaned the place up and made it suitable for our guests.” Family successfully stayed in the place at Christmas, and that nagging little voice returned with a new word: “farmstay.” “This time,” says Pitoni, “I paid attention. If family could come and enjoy the atmosphere, why couldn’t others?” Just like that, their mission in Tennessee was revealed. Through Stillwaters Farm, they would share what they had learned.

Since then, countless guests have enjoyed the farm, cottage and peace that comes with reconnecting with life’s basics. Stillwaters now offers not only the original cottage but the Airstream Glamper. An Avion Glamper is in progress. Along the way, more unanticipated events led Pitoni to soapmaking, which led to salves, creams, lip balms and candles. The Pitonis renovated a little grain silo to serve as a farm boutique for their Wild Roses line of farm-made products. They also now have a dedicated building that functions as a studio and production facility so they can share their creativity and skills with guests. Stillwaters offers fine arts and farm craft workshops that make for “a wonderful, inexpensive day trip,” Pitoni says. “Participants can spend some decompression time making something wonderful to take home.”

On top of all this, Stillwaters offers photo sessions and private family events. Pitoni says the little nagging voice is back again, though, and this time it says “vineyard.” “We will be the first vineyard in Chester County,” she adds. Guests rely on aesthetics to set the tone for their stay, and the farm entrepreneur says a vineyard will add beauty, plus a nod to the family’s Italian heritage. The Pitonis plan to raise a specific grape to produce an Italian-style wine.

The Pitonis marvel at the course their lives have taken over the past 18 years. “We are all excited to see how the next adventure unfolds into this seamless continuation and expansion of that first nagging command: ‘Change the course.’ We will continue to preach the message of reconnecting with what is truly important because we have lived it.” 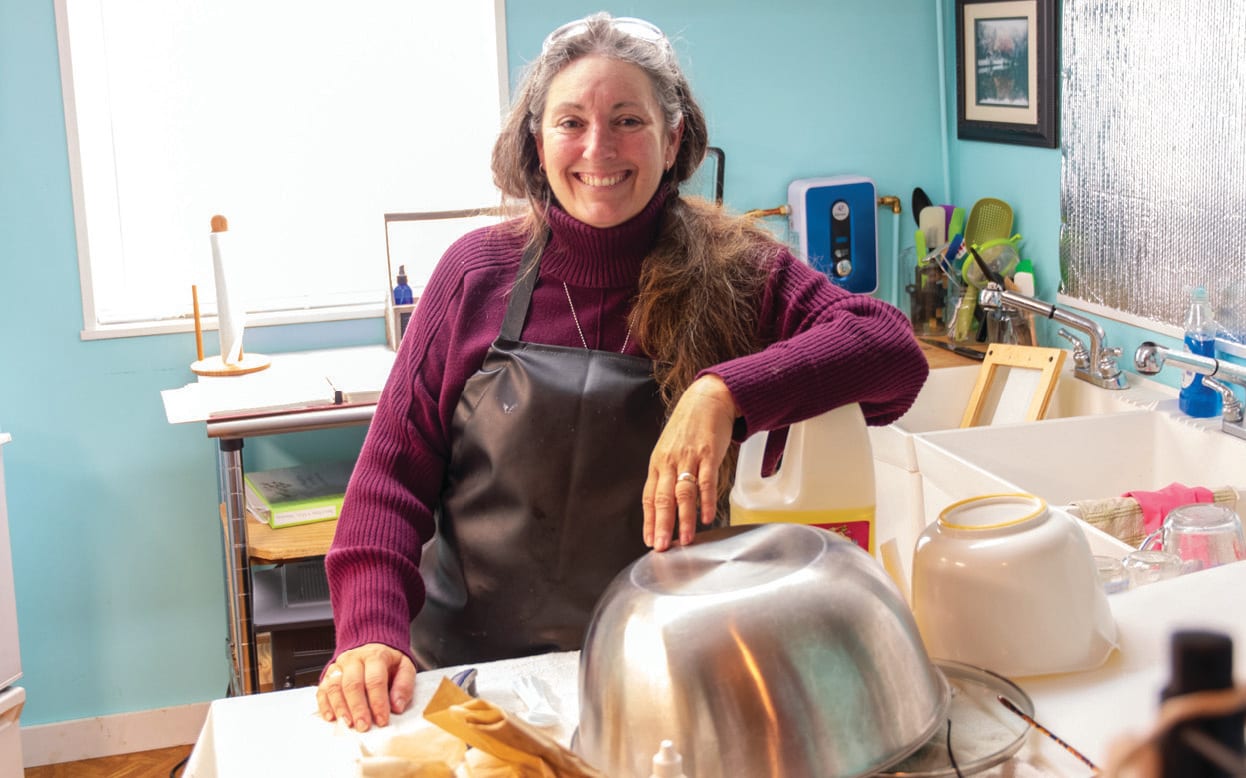 Stillwaters Farm is located at 375 Oak Grove Lane in Henderson. Contact Valeria Pitoni to learn more about the farm and all it has to offer by calling 731-989-4251 or visiting www.stillwaters.farm.