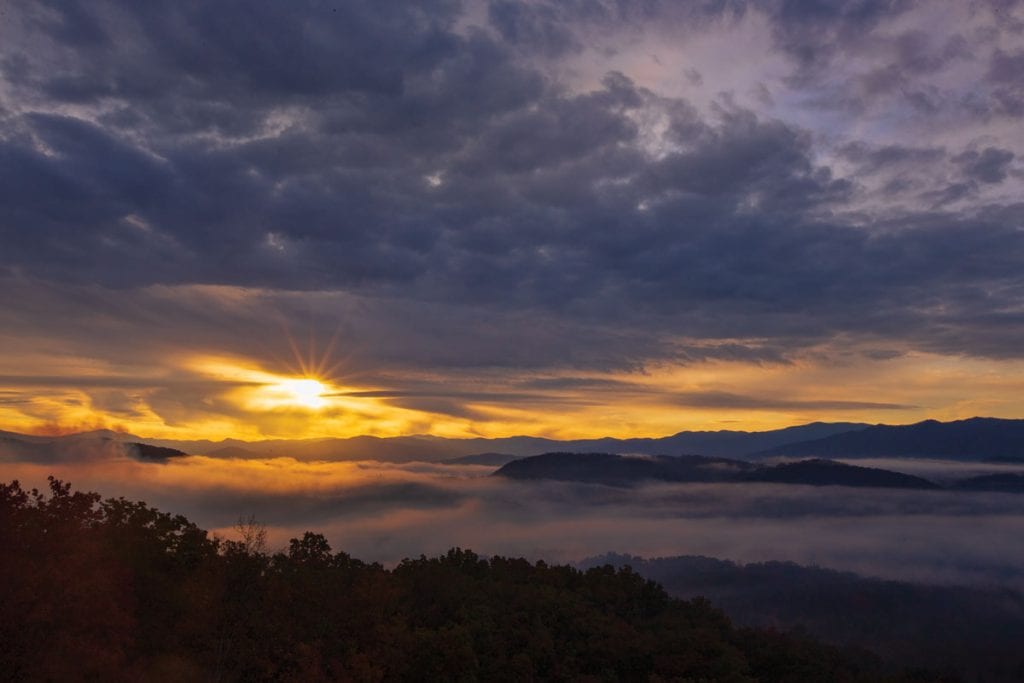 Drive with a View

Visitors to the Great Smoky Mountains are now able to enjoy stunning views of Tennessee’s crown jewel in yet another way with the opening of what has been known as the “missing link” of the Foothills Parkway. The 16-mile section of the National Scenic Parkway from Walland to Wears Valley opened in November after more than 50 years of start-and-stop construction. While most of the section that skirts the edge of Great Smoky Mountains National Park was completed by the late 1980s, a 1.65-mile section inside the park proved difficult because of erosion, slope failure and lack of funding. The American Recovery and Reinvestment Act in 2009 gave the project the boost it needed to reach eventual completion.

The Foothills Parkway is one of 10 roadways that are units of the National Park Service. National parkways were born as part of the New Deal in the 1930s to allow for recreational driving in some of the nation’s most beautiful locales and to commemorate historic trails and routes such as the Natchez Trace Parkway, which has its northern terminus near Nashville. Originally authorized to stretch 72 miles in 1944, a bit more than 38 miles of the Foothills Parkway have been completed to date, according to the National Park Service. These include sections from Interstate 40 to Cosby and from Wears Valley to Chilhowee. Even without the entire parkway being completed, the open sections offer some of the most peaceful, stunning views in the country.

During the long, tedious work to complete the most recent section, designers had to keep in mind not only the safety and stability of the roadway but also the park’s topography and wildlife. Bridges were designed to allow for the safe passage of the area’s animals underneath the road.

The Chilhowee section of the parkway, finished in 1966, includes a number of overlooks that provide views into the Tennessee Valley or the Great Smoky Mountains, depending on which side they are on. The highest point on this section is Chilhowee Mountain with an elevation of 2,650 feet. An observation tower at this point affords visitors a stunning 360-degree view, including some of the Smokies’ highest peaks such as Mt. Le Conte and Clingmans Dome.

Currently, you can access the Foothills Parkway at these points:

Because parkways are usually toward the bottom of the list when park funding is determined at the federal level, there is no projection for when the remainder of the route will be completed. In all likelihood, it will be decades from now. But until then, tourists and locals alike can take leisurely, beautiful drives along the crest of the foothills on the completed sections and marvel at the expansive canvas Mother Nature has provided. Be sure to allow plenty of time, and don’t forget to bring your camera because you’ll want to capture the stunning views.

Visit www.nps.gov/places/foothills-parkway.htm to find links to information about people and places related to the Foothills Parkway. Also, you might want to check out some of the videos on YouTube created by people who have driven the parkway. This will give you a visual of what to expect when you visit or allow you a virtual experience if you can’t make it.