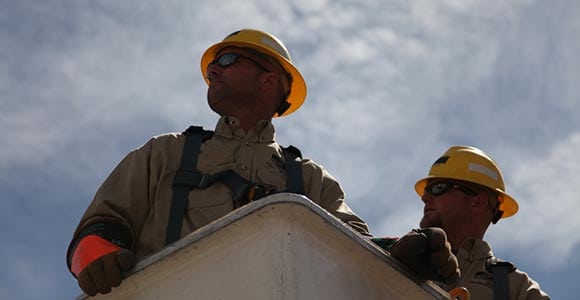 Several months ago, I spoke to Kentucky electric cooperative managers in Bowling Green to update them on federal energy policy and the upcoming federal elections and discuss how those issues and events could affect the rural electric systems they manage. I’d intended to quickly review the potential for new laws to be passed by Congress because I saw it very unlikely that any energy-related legislation would be considered before the election was complete. Then I could move on to the more exciting topic of which candidates might win important races and whether Republicans or Democrats will control the House and Senate next year.

While my prediction about the lack of legislation has proved to be accurate thus far, it is not the potential for new laws that has been a thorn in the side of the utility industry over the past several years. Instead, it’s the interpretation of law. And the subjectivity of that action has the greatest potential to unnecessarily increase your electric bill.

Let me explain. When Congress passes a law, one or more federal departments or agencies must implement the intent of the law. That seems easy enough. However, it is rarely that simple.

For the sake of argument, suppose Congress passed a new law that says, “All air conditioners sold in the United States must be painted silver. The United States Department of Energy (DOE) shall oversee this requirement.” Soon, DOE staff will begin talking to each other and realize that they have been empowered to enforce this law. But how do they accomplish that task? Do they institute a fine for people who purchase a white air conditioner? Do they implement a ban on manufacturing of nonsilver air conditioners, devising a way to punish the corporations that make the nonstandard product? Does a polished-metal unit that is silver in color count, even though it’s not painted? What about a heat pump? Does it qualify as an air conditioner?
A simple directive in the law can spawn thousands of pages of regulations based on an interpretation of Congress’ intent. And when there is a dispute about whether the department accurately carried out what Congress intended, those disputes are resolved in the courts. After years of hearings and briefings, the court will rule and direct the department or agency to act in accordance with its findings.

Well, despite all of that, your electric cooperative’s job is to provide you a product that is crucial to the American way of life. That job requires spending billions of dollars of your money on complicated power plants, dams and even jet engines that are capable of generating electricity. Then, power must be delivered to you over a complex, multimillion-dollar system of wires and poles — literally, at the speed of light. And this product, if not handled properly, can kill you. Even with those challenges, the lights stay on 99.99 percent of the time. That is efficient, and I find it remarkable. 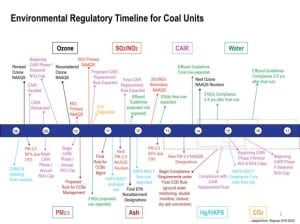 So while we rightly focus on providing reliable service to your home and business, our friends in Washington have been spending a lot of time reinterpreting and litigating the law that may have the greatest impact on your electric bill. The Clean Air Act, originally passed in 1963, has been amended at least four times. The most recent amendment was in 1990 — more than 20 years ago. The law has been a success. The air is cleaner now than ever, and no one advocates going back to our smoggy past. However, over the past 20 years the Environmental Protection Agency (EPA) and federal courts have reinterpreted and issued decrees about the law at a dizzying rate. See the chart below for an example — it shows major EPA actions over the current 10-year period that pertain only to the use of coal as a fuel.

Some of you may have seen an article about this topic in the Nashville, Memphis, Knoxville, Clarksville or Chattanooga newspaper recently. Titled “Tennessee’s rural electric co-ops join fight to defend coal,” the article accurately captured the stance taken by rural co-ops nationwide. We believe it is time to rewrite the Clean Air Act and eliminate the confusion caused by 20-plus years of regulation and lawsuits. As the economy recovers and the demand for electric power begins to grow again, it will be crucial that your electric cooperative continues to perform its difficult job in the most efficient and effective manner possible. You expect us to do nothing less, and, after all, you pay the bills.