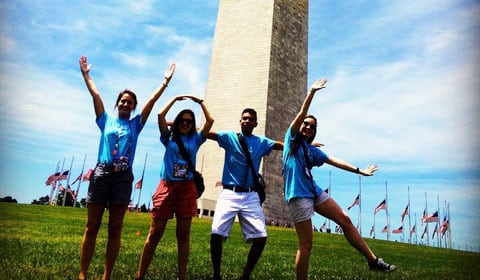 With the completion of both the Democratic and Republican national conventions, the stage is now set for the presidential election. For some, the campaign will be a ritual obligation of citizenship in this great country, but for others, the rancor and debate are more like fingernails screeching down the chalkboard.

Let me encourage you to not overlook another very important election. On Thursday, Aug. 4, the State Primary and County General elections will be held. With all the attention paid to who will one day occupy the White House, it’s understandable that you might not know exactly which election this is. But it’s also important to understand that the people elected in August could impact you in even greater ways.

The County General election is where the final determination is made for who will serve in important roles in the county government: school board, county commission, various judges, sheriff and other roles like the assessor of property or county trustee. While these positions may not generally make the 6 o’clock news, they serve very important roles in keeping our communities orderly. When there is a question about how much property tax you owe, neither the president nor anyone else in D.C. makes the final decision. The time your child’s bus picks up and drops off students each day is not made by your congressman; rather, these decisions are governed by and large by your neighbors.

The State Primary determines who will represent the political parties in state representative and state senator contests during the November general election. Oftentimes, several individuals will vie for a party’s nomination. This election narrows the field so that one candidate represents each party.

These state representatives and senators are the people with whom I spend a lot of time. State government makes laws that affect your co-op’s ability to continue to provide reliable and affordable power — or do much of anything else, for that matter. For that reason, part of my job is to work with your state representative and senator to make sure they understand how important your electric co-op is to the community.

It is entirely possible that all candidates in your district decide to run in the same primary. In this case, the August election becomes the de facto general election. If you only go to the polls when it’s time to vote for president, you could miss your opportunity to choose who your legislator will be.

I spend lots of time talking with state legislators one-on-one, making sure that Tennessee’s rural and suburban communities are the best they can be. Let me assure you that the vast majority of our state legislature is dedicated to serving you with honesty and integrity. I see their efforts with my own two eyes.

I do have one fear, though: More and more of my friends are growing tired of politics. They are throwing up their hands and saying, “Enough is enough!” because of what they see on cable news.

While you might be mad about whatever the scandal or outrage of the moment might be, the sheriff is still patrolling the streets, and your state senator is considering how much money should be spent on our roads.