What Happened to the Answering Machine? 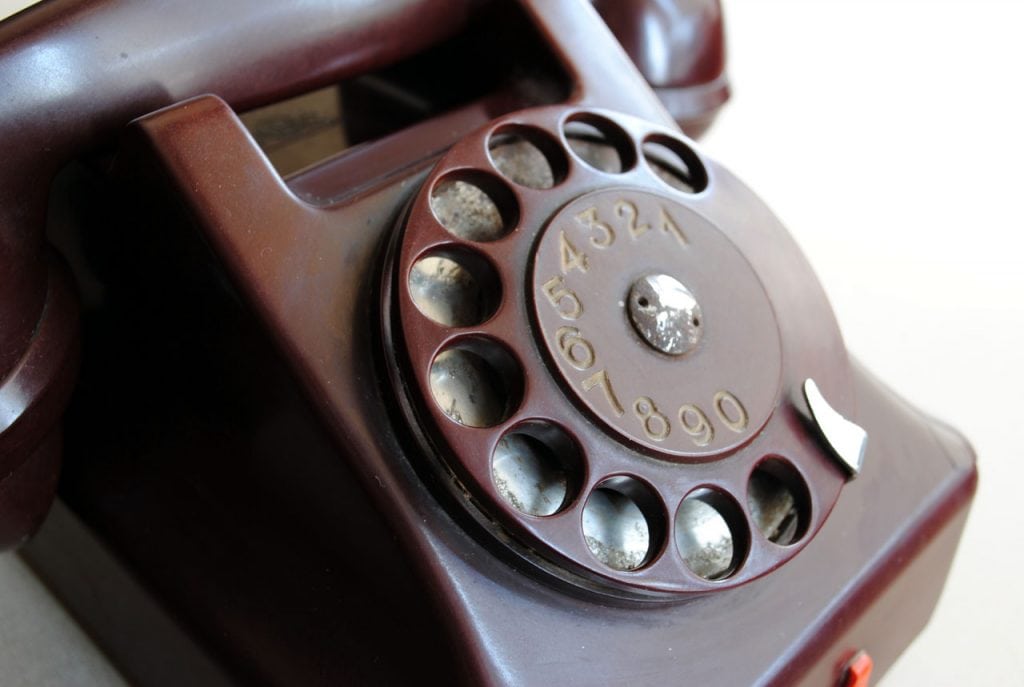 On April 24, Gov. Bill Haslam signed the Tennessee Broadband Accessibility Act. This was a historic moment that will likely improve the lives of hundreds of thousands of Tennesseans over the coming years. With the stroke of his pen, he concluded a bipartisan effort that succeeded in uniting many of Tennessee’s public sector leaders toward the common good. But this moment wasn’t an ending; it was the beginning of a lot of hard work to make sure our rural communities and citizens enjoy the benefits of the 21st century.

There is little doubt that technology is changing the world in which we live. I made note of this recently while watching a rerun of one of my favorite television shows, “Seinfeld.” The hilarious premise of the show revolved around one of the main characters, George, avoiding his girlfriend because he was convinced she would break up with him the next time they spoke. So he dodges phone calls, trades messages on answering machines and pretends to call from his office instead of his home — all in a failed effort to remain elusive. If you’ve seen it, you surely remember his catchy, singing answering machine prompt: “Believe or not, George isn’t at home, please leave a message at the beep …”

How funny, I thought to myself, that he needed to be in a specific location to take a call or receive a message. Much like the evolution of the telephone from the desk to your pocket, so much has changed in the 20 years since that episode aired. Most of that change is directly related to using the internet. Many of us no longer drive to the bank and interact with the tellers because we can deposit checks online. I haven’t printed 4-by-6-inch glossy photos or bought CDs in years — all because of the web.

They say that everything old is new again. The advent of widespread use of electricity 100 years ago meant enormous changes in how Americans lit the night, stored food for eating, kept their houses cool during the peak of the day and washed clothes and dishes. Electricity was a complete game-changer in how people lived their lives. Yet, for rural America, a full generation and more didn’t experience these breakthroughs because electric power wasn’t available to them.

That might sound familiar to the 33 percent of rural Tennesseans who lack access to basic broadband internet today. And that is disturbing because today’s technological advancements and breakthroughs will have even more impact on us than the advent of electricity did 100 years ago. Another generation of rural Tennesseans cannot miss out on modern society. That is why the passage of Gov. Haslam’s initiative was so important. We had to change the law to reflect changing times.

For your cooperative, the enormous power of the internet and electricity are inexorably linked together. It will soon become impossible to deliver the reliable flow of energy that our society demands without better communications capability built into the electric grid. And because your co-op exists to serve you, rather than profit from you, these upgrades are certain to improve the quality of life in your community.

I’m proud to have played a small role in passing the bill. And we are indebted to Sens. Mark Norris and Mike Bell and Rep. David Hawk for skillfully guiding the bill through the oftentimes-difficult legislative process. In the end, 128 out of 132 of Tennessee’s state legislators agreed that the time to act is now. In today’s rancorous political climate, that is a tremendous accomplishment. Now, it’s time to get to work. While I don’t know right now which of today’s technologies will go the way of the answering machine, I can’t wait to find out the answer.