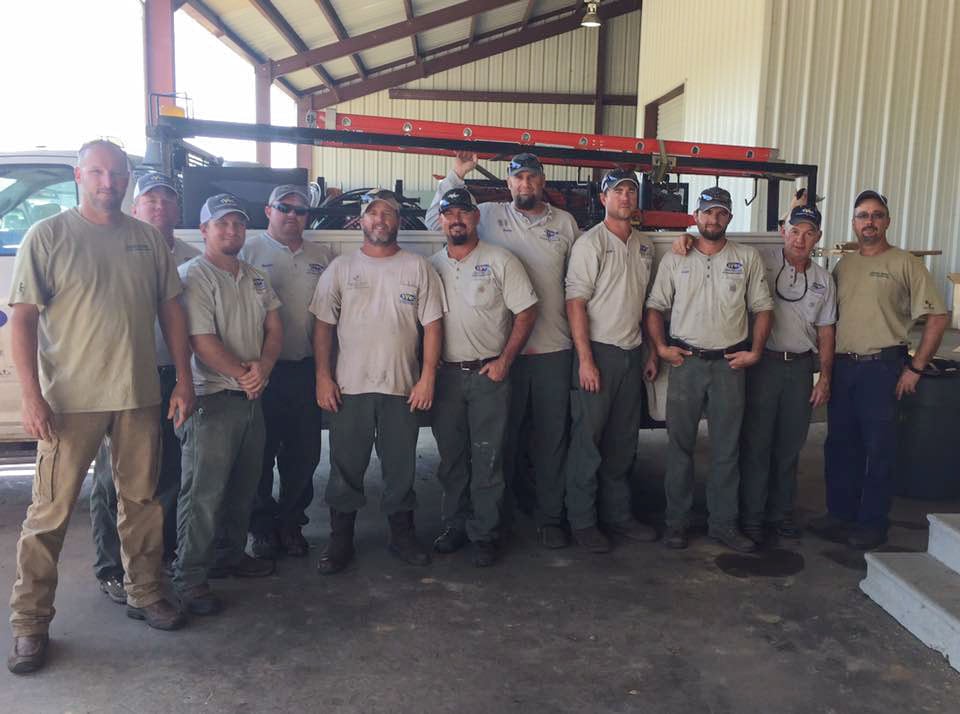 If you are a country music fan, you’ve probably noticed there are a few common themes in almost every song. While there are a lot of lyrics focusing on “mama, ‘Hard Workin or trains, or trucks, or prison, or gettin’ drunk,” one of the most pervasive topics involves finishing a hard day’s work and then moving on to activities that are more fun. You may already be humming “Forty Hour Week (for a Livin’)” by Alabama, “Working Man Blues” by Merle Haggard or even “Take This Job and Shove It” by Johnny Paycheck. Or is “It’s Five O’Clock Somewhere” by Alan Jackson and Jimmy Buffett more your style?

I recently thought about this as I stood beside a baseball field and watched my youngest son knock a triple past a field full of defenders. While I enjoyed a peaceful September afternoon at one of my favorite places, thankful that my work-week was done, my thoughts were with more than 150 of my co-workers who volunteered to delay their “five o’-clock” for days on end to help their fellow man.

Take Michael Griffith, for instance. For 20 years, he has worked to keep the lights on, the showers hot and the air conditioners humming for his neighbors in and around Dunlap. As a line foreman for Sequachee Valley Electric Cooperative, he has a big responsibility to ensure that the dangerous work he and his fellow linemen perform is done safely. First on his mind, as it should be, is coming home each night to his wife, son and daughter. But when storms hit, linemen know it’s up to them to get the job done.

With Hurricane Irma careening toward the Florida and Georgia coasts, Michael knew he and his crew had to help. This mutual aid can only take place because electric cooperatives across America have pledged to help each other in times of crisis. This system means that whenever a natural disaster rears its ugly head, co-op members left in the dark can rest assured knowing an army of highly trained professionals will be working tirelessly to make sure life returns to normal as quickly as possible. As soon as the forecast calls for a hurricane, ice storm or other potential disaster, co-ops begin making preparations to move manpower and equipment to affected areas.

As Irma churned, co-op leaders across the Eastern U.S. collaborated to maximize the efficiency and safety of moving huge amounts of resources from multiple states to a relatively small affected area. Logistical concerns like sleeping accommodations, food, fuel and access to important supplies must be confirmed beforehand.

As the storm made landfall and wreaked havoc on local electric co-op systems, the phone calls increased with damage assessments and requests for help. Simultaneously, men like Michael Griffith raised their hands, volunteering to answer those calls. In just a matter of hours, crews were on their way for dangerous and uncertain work.

“Pack for up to two weeks” is sometimes the most detailed preparation assis-tance workers receive. And the result is almost always the same: days or weeks of long days with difficult labor and chal-lenging situations to overcome. I saw photos of crews who responded to Hurricane Irma toiling in chest-deep water to restore electric power. Think about that combination for a minute, then ask yourself if you’d like to volunteer.

But the end result of a mutual aid experience is much like the line from Brooks and Dunn’s “Hard Workin’ Man.” For every person involved, the satisfaction of using our professional abilities to help our fellow man results in deep personal satisfaction. In fact, if you ask Michael if he would be up for helping again, I would be willing to bet you his answer would be, “I can’t wait to get up in the morning and doooo it all over again” — just like the song says.