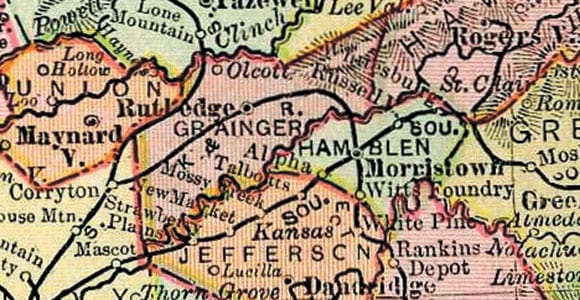 A history of Tennessee town name changes and why they occurred

By now, many people have heard that the Anderson County town of Lake City is trying to change its name to Rocky Top. On Nov. 7, Lake City’s town council voted to ask the Tennessee General Assembly to allow the community to do this in hopes a developer will build a theme park there.

I’ve written about Lake City before. Prior to 1939, it was known as Coal Creek. In the 1890s, this part of Anderson County was the center of a prolonged and bloody labor dispute against state government known as the Coal Creek Wars. No sooner did that fade away than the town and the communities around it were struck by tragedy twice — in 1902 and 1911 — when explosions killed several hundred miners.

I do not live in Lake City, so my opinion on whether the community should change its name doesn’t count. I would have preferred to see the place change its name back to Coal Creek, which sounds to me like a perfectly good place for a theme park. But, again, I am not registered to vote there, so what do I know?

The whole series of events, however, has gotten me to thinking:

How many times in Tennessee history have incorporated towns officially changed their names?

Not as often as you would think.

You see, there are many examples of places that were known as one thing before they were incorporated but later incorporated under a different name. As history buffs know, Knoxville was once known as White’s Fort, Chattanooga as Ross’ Landing and Nashville as Fort Nashborough.

On a more obscure level, Gatlinburg was previously known as White Oak Flats. In fact, a graveyard in Gatlinburg is still called White Oak Flats Cemetery. Prior to 1980, Farragut showed up on maps as Campbell’s Station.

My favorite such example came from Sen. Douglas Henry. “The Williamson County community of Fairview used to be known as Jingo!” he informed me.

But these names predate the actual organization of the towns. There was never a mayor of White’s Fort or a town council of Jingo. The Tennessee General Assembly didn’t have to approve the name change when White Oak Flats became Gatlinburg (in the 1850s).

According to Judge Robert Brandt, author of “Touring the Middle Tennessee Crossroads,” a lot of places changed their names when they got post offices. “For example,” he tells me, “there was already a Hillsboro, Tenn., so the village in Williamson County changed its name to Leipers Fork. Crocker’s Crossroads sounded too much like Tucker’s Crossroads, so the locals picked the name Orlinda from a list the post office made available.

“Buntin Station became Portland, but no one knows the origin of the name. Maryville became Statesville because there was already a Maryville in East Tennessee.”

Lieutenant Gov. Ron Ramsey, another history buff in the state Senate, pointed out to me that the town of Bluff City in Sullivan County has changed its name more than once. Before it was incorporated, Bluff City went by at least four different names: Choate’s Ford, Middletown, Union and Zollicoffer. (Zollicoffer, as you may remember from a previous column, was a Confederate general who was killed at the Battle of Mill Springs in Kentucky after accidentally riding up to the wrong troops.)

Not to be outdone, Johnson City also apparently went by four different names prior to its incorporation: Green Meadows, Blue Plum, Johnson’s Depot and Haynesville. Johnson City has an annual event known as the Blue Plum Festival that, among other things, highlights this history.

Believe it or not, my friends and I could only come up with the following examples of when an incorporated Tennessee community has changed its name:

Finally, I will clear up one thing that I heard. During World War I, when anti-German sentiment abounded, the incorporated West Tennessee community of Germantown began calling itself by a different name. Some people knowledgeable on Shelby County history are under the impression that they adopted the name Nashoba (the name of a short-lived utopian community there in the 1820s). But my friend Perre Magness says they went by the name Woodrow. “They got the name Woodrow from Woodrow Wilson,” says Magness, the author of “Memphis: A Children’s History.” “But they never went to the legislature to make it official.”

In any case, after anti-German sentiment died down, folks went back to calling their community Germantown.

It will be interesting to see whether the General Assembly approves the name change and allows Lake City to become Rocky Top. Assuming it does, I wonder if this type of thing will happen again in Tennessee. After all, Lake City isn’t the only small town looking for a creative and affordable way to generate tax revenue.

If it does work, I suspect it will happen in other states as well. I can see it now, heading down Interstate 65 in Alabama: “Next Exit,” the sign will say, “Roll Tide.”

Note: If you know of other Tennessee communities that have changed their names prior to or after being incorporated, please let us know. Email bill@tnhistoryforkids.org.