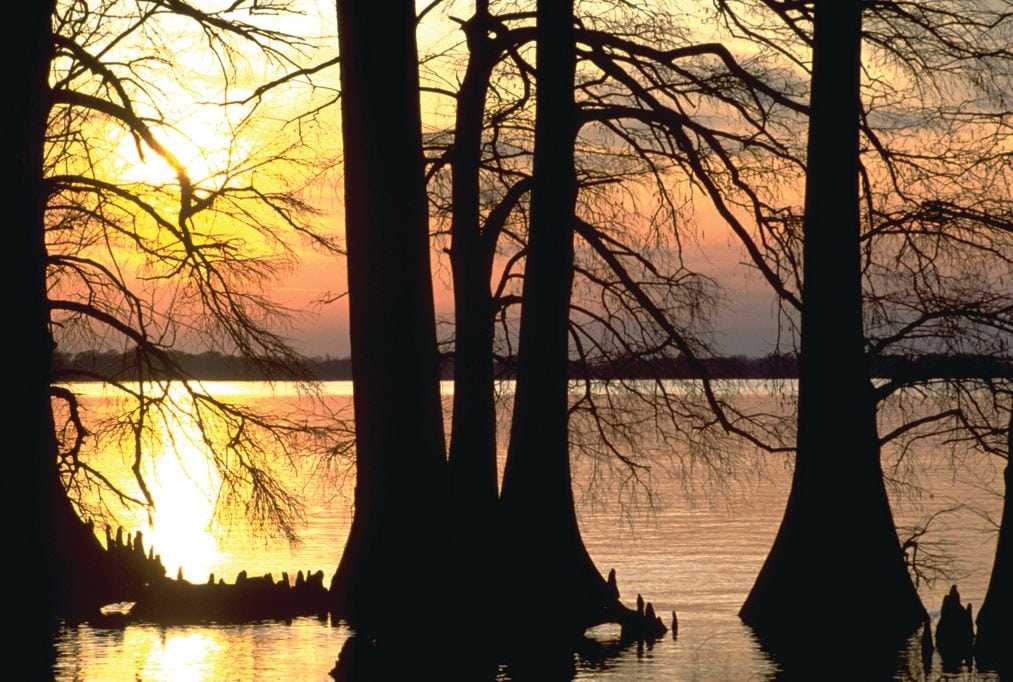 At about 2 a.m. on Dec. 16, 1811, the ground began to shake uncontrollably. Large trees throughout Missouri, Kentucky, Arkansas, Tennessee, Illinois and other states swayed, then snapped. Steep bluffs tumbled into the Mississippi River, which overflowed its banks and appeared to flow backward in places. Cracks in the ground appeared, some of them miles long and wide enough to swallow livestock. Black rocks as heavy as 30 pounds shot into the air through holes that instantaneously developed in the ground.

Today we refer to this as the New Madrid earthquake. But it wasn’t a single event at all; it was a series of quakes that started in December 1811 and continued through March 1812.

In fact, based on the records of a Louisville, Ky., resident named Jared Brooks, who built a series of pendulums to document the events, there were 1,874 different quakes. The three most severe are believed to have been on Dec. 16, Jan. 23 and Feb. 7, and those three are now estimated to have measured in excess of 7.5 on the Richter Scale.

In terms of area affected, the New Madrid earthquakes were the most dramatic in American history. They were felt strongly over 50,000 square miles — nearly 10 times the land affected by the 1906 San Francisco Earthquake. People felt the quakes in places like Detroit, Washington, D.C., and Charleston, S.C.

The New Madrid earthquakes also left permanent marks on the Tennessee landscape. Several islands that had been mapped on the Mississippi River simply vanished. The subtle 15- to 30-foot rise in the terrain on which the town of Tiptonville sits, known as the Tiptonville Dome, is believed to have been made higher by the quakes. East of Tiptonville, water poured into a swampy area that sank several feet, creating Reelfoot Lake.

We have no idea how many people lost their lives in the New Madrid earthquakes because the territory was so sparsely populated and communication was not good at the time. We know there were some deaths. Timothy Flint, a Presbyterian minister living in New Madrid, recalled that “one woman, frightened by the shock, ran until her strength ran out and expired by fear and exhaustion.” People who were on or near the Mississippi River saw flatboats and canoes drift by with no one in them, and thus made the assumption that everyone on board had been swept away and drowned.

But anecdotes about loss of life were rare and could not be confirmed at the time. And to put things in some context, all of West Tennessee was considered to be Chickasaw land then; we have no idea how many members of that tribe perished in the earthquakes.

Because the New Madrid earthquakes occurred so long ago, we also have no photographs to document what took place. We have a few first-person accounts of what people felt, heard, saw, smelled and feared. There aren’t many of these accounts, and for the most part it isn’t clear which of the quakes or tremors people were talking about when they recollected the events years later. But the accounts tell a vivid story of what the catastrophe was like.

Eliza Bryan, a resident of New Madrid, said that early in the morning of Dec. 16, 1811, “We were visited by a violent shock of an earthquake, accompanied by a very awful noise, resembling loud but distant thunder, but more hoarse and vibrating, which was followed in a few minutes by the complete saturation of the atmosphere with sulphurous vapor.

“The screams of the affrighted inhabitants running to and fro, not knowing where to go or what to do — the cries of the fowl and the beasts of every species, the cracking of trees falling and the roaring of the Mississippi River … formed a scene truly terrible.”

The “sulphurous vapor” that Bryan mentioned was a chemical released by the Earth that engulfed the entire region with a fog-like covering for months. Another resident of New Madrid said that after the first quake struck, “We sought a high open spot of ground and remained there until morning, which it seemed to us would never come. When morning dawned, no sun shone on us to gladden our hearts. A dense vapor arose from the seams of the Earth and hid it from view.”

Descriptions of the noises made by the Earth itself differed. Father Joseph, a priest in New Madrid, said the ground “was sometimes muffled and groaning; sometimes it cracked and crashed, not like thunder, but as though a great sheet of ice had broken.”

The Mississippi River became a dangerous place during the earthquakes. Firmin La Roche was the commander of three flatboats taking goods from St. Louis to New Orleans. When the quakes began, he reported that “the trees on the shore were falling down, and great masses of earth tumbled into the river … in a moment so great, a wave came up the river that I never seen one like it at sea. It carried us back north, upstream, for more than a mile, and the water spread out upon the banks, covering maybe three or four miles inland. It was the current going backward.”

An anonymous traveler on a flatboat on its way from Pittsburgh to New Orleans said that “when the vein of the earthquake ran, there was a volcanic discharge of combustible matter to a great height, an incessant rumbling was heard below, and the bed of the river was excessively agitated whilst the water assumed a turbid and boiling appearance.”

There are many things submerged in a large river, and some of them shot out of the Mississippi. Another anonymous riverman said that “near our boat, a spout of confined air, breaking its way through the waters, burst forth, and with a loud report discharged mud, sticks, etc., above the surface.

“Large trees, which had lain for ages at the very bottom of the river, were shot up in thousands of instances, some with their roots uppermost and with their tops planted.”

Animals have a way of knowing about natural disasters before people do, and this one was no different. Painter John James Audubon was riding somewhere in remote Kentucky when his horse stopped and began acting as if something was wrong, placing “one foot after another on the ground, with as much precaution as if walking on a smooth sheet of ice.” A few moments later, “all the shrubs and trees began to move from their very roots. The ground rose and fell in successive furrows, like the ruffled waters of a lake.”

As I read the various accounts and contemplated the primitive nature of American civilization at the time, I could not help but wonder about the emotional state of people who experienced the more than 1,000 earthquakes and tremors.

“In faraway Richmond, Va., people ‘staggered as they stood,’” James Penick reported in the 1981 book “The New Madrid Earthquakes.” “In Savannah, Ga., they were ‘made to totter, as if on shipboard;’ near Hodgenville, Ky., they felt ‘light-headed’ and reeled about ‘like a drunken man.’ But in New Madrid they were ‘thrown to the ground at almost every step’ during the violent quakes.”

Most of the residents of New Madrid fled, on foot, to higher ground about 40 miles north. John Shaw, a hunter from Wisconsin, found the place where many of the residents of New Madrid had fled. Not surprisingly, they prayed when they got there. “Here the fugitives formed an encampment. It was proposed that all should kneel and engage in supplicating God’s mercy, and all simultaneously, Catholics and Protestants, knelt and offered solemn prayer to their Creator.”

Only weeks before the first big quake, people had seen a great comet move across the sky. John Bradbury, an English naturalist, said he heard one of the men on his flatboat telling everyone that the quake was attributed to the comet, “which he described as having two horns, over one of which the Earth had rolled and was now lodged betwixt them; that the shocks were occasioned by the attempts made by the Earth to surmount the other horn.”

However, one tidbit from Myron Fuller’s 1912 government report “The New Madrid Earthquake” makes me think that, as those miserable weeks and months in 1811 and 1812 passed, residents thought clearly.

The “fear of being swallowed” by cracks in the ground led many people to cut trees down “at right angles to the direction of the fissures previously formed, upon which they climbed for safety at times of severe shocks when new fissures were to be expected.”

I am strangely comforted by the idea that some of our ancestors survived the New Madrid earthquakes by sitting atop large logs on the ground and, for lack of a better phrase, holding on for dear life.