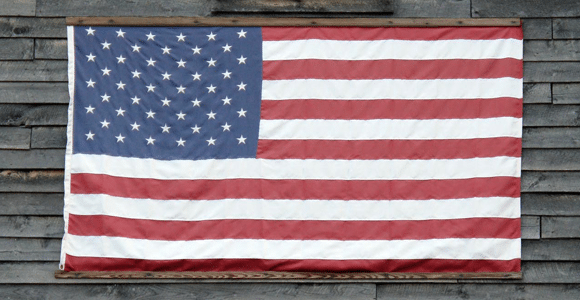 The Tennessee General Assembly passed legislation earlier this year that added new requirements for those eligible to vote. The legislation was passed this past spring but takes effect Jan. 1, 2012. Beginning with next year’s elections, potential voters will have to show government-issued photo identification if they choose to cast their ballots at the polls.The photo ID law was implemented to safeguard elections against voter fraud. The new requirement will have little impact for most voters — at least those who are licensed drivers. As of Oct. 2, 4,341,325 Tennesseans age 18 and older had valid photo Ids issued by the Department of Safety and Homeland Security. There were 4,150,645 with valid photo driver licenses and 188,196 with valid state photo Ids issued by the department.“It is very important to us that people understand this new requirement so they are not surprised when they get to the polls next year,” Coordinator of Elections Mark Goins said. Tennesseans who do not have a valid photo identification can get state-issued Ids, free of charge, at driver license offices around the state.For those without photo identification, the law creates a need for proper identification. To ease the transition for Tennessee residents who need a photo ID, the Department of Safety and Homeland Security now opens 19 driver service centers on the first Saturday of each month for the purpose of issuing voter photo Ids only. The centers will be open during normal business hours, from 8:30 a.m. to 5 p.m. In addition, 30 county clerks’ offices across the state are converting, free of charge, nonphoto driver licenses to photo driver licenses for voters who need them.

“In the last several weeks, we have seen a significant increase in the number of voters obtaining photo Ids from the department,” Commissioner Bill Gibbons said. “I urge any voter who needs a photo ID to obtain one without charge from the department.”

If you vote by absentee ballot, you will not be required to have a photo ID. The law also allows people who forget to bring photo Ids to the polls to cast a provisional ballot. These voters will have two business days after the election to provide their county election officials with proof of identity. (For the full requirements of what qualifies and what doesn’t, see the notice on the following page.)

It’s important to vote in every election — whether you’re electing a school board member or the president of the United States. That’s a right and a civic duty that you do not want to lose. So, if you plan on voting in upcoming local, state and national elections, you’ll have to consider the new laws. To learn more, contact your local county election commission or visit the state of Tennessee’s website at tn.gov

Go to www.tn.gov/sos/election to learn more about voting in Tennessee

Beginning Jan. 1, 2012, in order to vote during the early-voting period or on election day, voters must present a state or federal ID containing the voter’s name and photograph.

What photo Ids are acceptable?

• Tennessee driver license with your photo — even if expired;

• United States passport — even if expired;

• Department of Safety photo ID — even if expired;

• Photo ID issued by the federal or state government — even if expired;

• United States military photo ID, including a Veteran Identification Card — even if expired;

• State-issued handgun carry permit card with your photo — even if expired.

What photo Ids are NOT acceptable?

What if I have a photo ID but I forget to bring it to vote?

• You will be allowed to vote a provisional ballot, which is a paper ballot, at your polling location; and

• Within two business days after the election, you must bring your valid photo ID to your local county election commission office for the election officials to make a copy of the ID.

Who does not have to show a photo ID?

• Voters who vote absentee by mail;

• Voters who live in licensed nursing homes or assisted living centers and vote at the facilities;

• Voters who are hospitalized;

• Voters who have a religious objection to being photographed;

• Voters who are indigent and unable to obtain photo Ids without paying a fee.

Need additional information or assistance or have suggestions? Contact:

What if I have a disability and do not have an acceptable photo ID?

• Any person with a disability, physical or mental, that substantially limits one or more life activities who does not have a Tennessee driver license can obtain a free photo ID from one of the Department of Safety Driver License Testing Centers.

• To obtain this free photo ID, you must bring a letter from your physician verifying your disability and a document that verifies your identity.

What if my polling place is not accessible?

• You can vote during the earlyvoting period at the county election commission office (photo ID required); or

• You can request an absentee ballot.

What if I am indigent and cannot get a photo ID without paying a fee?

• When asked for your photo ID at your polling place, tell the election worker of your situation.

• You will complete and sign an affidavit, under the penalty of perjury, stating you are indigent and cannot get a photo ID without paying a fee — for example, if you can’t pay for a birth certificate for proof of citizenship.

What if I need assistance when voting?

The following Ids are acceptable, even if expired

• Tennessee driver license with your photo

• Photo ID issued by the federal or state government