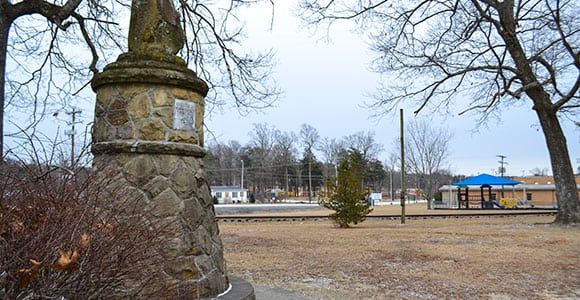 Many of Tennessee’s communities were once called something else

In my December column, I wrote about towns and cities in Tennessee that have changed their names. Since I knew I did not have a complete list, I invited readers to email me with others they knew about.

More than 20 people did, and I would like to share what I learned from all the nice folks who sent stories.

In advance of doing so, I’d like to make two points.

Two readers reminded me that Sneedville was originally known as Greasy Rock.

“When Hancock County was formed from parts of Hawkins and Claiborne counties in the 1840s, Greasy Rock was chosen as the town seat,” Dorothy Necessary wrote. “The town was renamed in honor of William Henry Sneed, an attorney from Knoxville who helped defend the new county when several residents sued in an attempt to block its creation.”

I have to admit that I was a bit curious as to where the name “Greasy Rock” came from in the first place. According to a story in the 1903 Hancock County Times (which I found online), here is the background:

“Bear were plentiful here and (hunters) killed many, their clothing became greasy and near the camp was a projecting rock on which they would lie down and drink,” the article says. “The rock became very greasy, and they called it Greasy Rock.”

Sure enough, he was right. “On November 8, 1809, by act of Tennessee State Legislature, the town of Burrville was renamed because of the disgrace of the Burr-Hamilton duel, which resulted in the death of Alexander Hamilton,” claims the official website of the city of Clinton. The site says the city was probably renamed for George Clinton, vice president under Jefferson and Madison.

Clinton Mayor Scott Burton says his town stages an annual event connecting it to its Burrville legacy. “Every year we have an antique festival, and they do a re-enactment of the duel between Burr and Hamilton,” he says.

Reader Larry Gray told me that Bristol was once known as Sapling Grove. I confirmed this in “The Tennessee Encyclopedia of History and Culture.” “Bristol’s history for its first one hundred years or so was that of a rural village,” the encyclopedia article states. “Evan Shelby (1719-1794) came to Sapling Grove (now Bristol) in 1771 and established a fort that became a settlement center.”

Just west of Bristol, in Hawkins County, you will find Mount Carmel. Attorney Steven Frazier informed me that this place was known as Liberty Hill before it was incorporated. “They included a couple of other communities to make up the city,” Frazier wrote.

“That may be what caused them to adopt the name of the Methodist church in the middle of town as the name for the city.”

The Monroe County seat of Madisonville was originally known as Tellico. According to attorney J. Alan Johnson, county commissioner James Madison Greenway circulated a petition and carried it to Nashville, where he got the General Assembly to change the name of the town to Madisonville.

“The story goes that many of the residents were unaware of exactly what he was doing and were not happy with the change,” Johnson wrote. Nevertheless, the name of the town was changed and has been known as Madisonville ever since.

“I have heard stories that he named the town after himself and also heard that he had the name changed to honor his daughter, also named Madison. Whichever it was, the name got changed.”

To add to the confusion, there is another town in Monroe County called Tellico Plains.

Finally, Vonore, a community in Monroe and Blount counties, was originally called Upton’s Station. Reader Don Edmands explained to me that the word “Vonore” is a combination of the German word for “of” — von — and the word “ore” and said the name change dates back to mining days.

Since I did the first column, I have learned that Monterey was (in its pre-incorporation days) known as Standing Stone because of a 12-foot-tall monolith that was created in present-day Putnam County by Cherokee Indians prior to the arrival of settlers.

No one is certain why the monument was created, and, unfortunately, it was destroyed by railroad-builders in the 19th century. However, it is from this monument that the name of Standing Stone State Park is derived.

Clarksville dentist David Cheatham informed me that there are two communities in Stewart County that have been renamed. “As Stewart County was being formed from Montgomery County in 1804, a county seat to be named Monroe was laid out in a grid pattern with a central courthouse,” he told me.

“The name was scarcely used, as apparently someone likened the tall bluffs above the Cumberland River on which the town sits to the white cliffs of Dover in England. It has been called Dover ever since.”

Cheatham also told me that the town of Cumberland City in southeast Stewart County was called Bowling Green. “As the rail system expanded and the town was soon connected,” he wrote, “it became necessary to change the name, as there was already a Bowling Green in Kentucky on the Louisville & Nashville Railroad.”

Over in Coffee County, the town of Manchester was known as Mitchellsville, after an early settler named James Mitchell.

Multiple people told me that Portland, in Sumner County, was first called Richland Station. “Louisville & Nashville Railroad authorities decided to change the name of Richland because of mail mix-ups since there were two Richlands in Tennessee,” wrote Paula Shannon of the Portland Public Library.

According to reader Martha Shepard, there is an interesting story about Dickson’s christening. “Dickson was first a railroad watering stop called Mile Post 42 when the Union Army began building the railroad between Johnsonville and Nashville in 1862,” Shepard wrote. “The Union Army named the town that began growing up at the watering stop Smeedsville after E.C. Smeed, a Union railroad bridge and trestle engineer.

“In 1873, the chancery court changed the name to Dickson after a Nashville doctor, which the county had already been named after. This was probably due to the fact that there was already a Sneedville in Hancock County.”

Reader Daphne Willoughby informed me that Wilson County’s Watertown community was known as Three Forks prior to its incorporation, in honor of the three creeks that converge at that location. The name was changed to Watertown in honor of a citizen named Wilson Waters.

Also in Wilson County, the unincorporated community of Statesville was once known as Marysville but was changed because it was too similar to East Tennessee’s Maryville.

Moving southward to Williamson County, my friend, Robert Brandt, alerted me to the fact that Leipers Fork was (prior to the creation of its post office) known as Hillsboro. The Marshall County community of Holts Corner used to be known as Holtland, reader Mary Fuller wrote.

Was Alexandria the original name of Jackson? Readers Jean Hammons and Kevin Dunlap emailed this idea to me. I also found it mentioned in the Madison County entry of “The Tennessee Encyclopedia of History and Culture.”

“The first farm families came to Madison County in 1819 and settled east of Jackson in Cotton Gin Grove,” the encyclopedia says. “In the following year, additional pioneers settled further west on the banks of the Forked Deer River in a community they named Alexandria. In 1822, Alexandria changed its name to Jackson in honor of Andrew Jackson.

“Jackson’s sister-in-law, Jane Hayes, lived in the city, and Jackson played an important role in the early history of Madison County.”

However, I called Madison County historian Linda J. Higgins, and she downplayed Jackson’s importance to Alexandria. “I’ve heard people talk about this a lot, but here is the story,” she said. “Madison County was created in 1821, and the legislature decided to let the people in the county decide where to put the county seat. The decision was made to put the county seat in a mostly vacant place in the middle of the county, where a man named Alexander lived. People called it Alexander’s place.

“So the town was never officially called Alexandria. There was a proposal that it be called that.”

Prior to the Civil War, the Crockett County seat of Alamo was known as Cageville, in honor of the community’s first store-owner. Reader Gail Cooke wrote to tell me that the name was changed to Alamo in 1869 — long before the town’s incorporation. She went on to tell me that her hometown of Bells (also in Crockett County) was once known as Bells Depot.