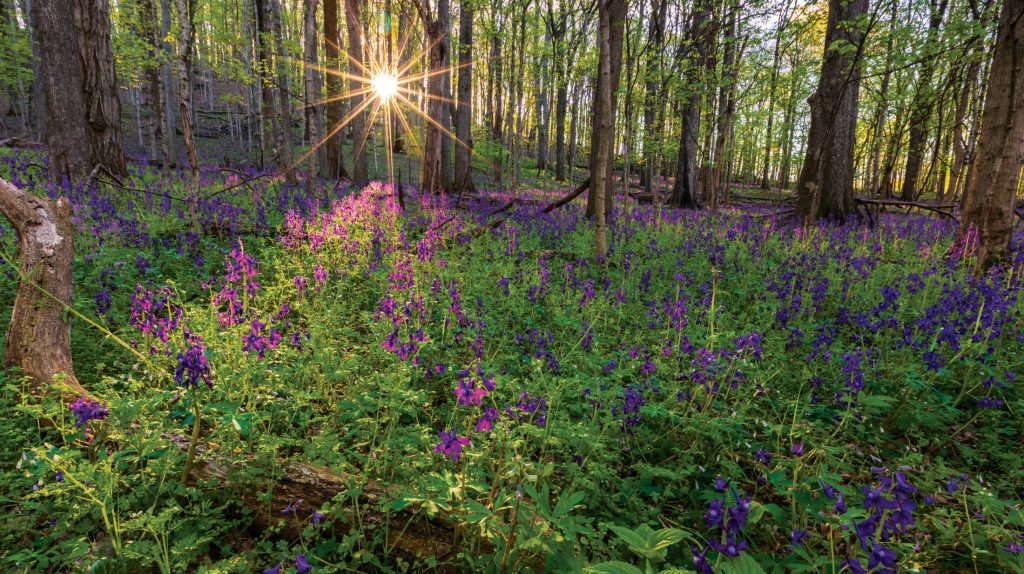 Colors colors fall colors,
Your colors are shine and bright,
You are colorful in day and night,
You are beautiful in the trees and
You give love and peace,
You don’t only give colors,
You also give the light and freedom in
Tennessee
Our eyes are blooming to see you
in my city!

Wear your sandals that water can sneak into through the little holes and tickle your feet.
It takes a while to walk down to the water so you look around at all the things around you – long grass, edges of rocks, fallen leaves.
Giant trees with a lot of bark on them are blocking the sun making it shady and cold by the creek. The water is cold too.
The sunlight always helps create reﬂections on the water. Reﬂections copy what you do.
You hear water pushing itself making little waterfalls. It is so beautiful.
Throwing rocks in the water makes ripples like tiny waves in the shape of circles.
Water’s fun.

There was a double rainbow
on a fall day in Tennessee
They brought magic in the sky
I felt joy seeing the cool rainbow
Made my ride happy and jolly
Later ,We saw lot of tulips
In a colorful festival
Maroon, purple, pink
Pretty ﬂowers everywhere
It reminded me of the double rainbow that
I saw on that fall day.

There, you,
in seemingly thoughtful solitude,
Are not alone.
Everywhere people are buzzing
with impatience.
Finding seats, grabbing tickets,
Then…
Silence that only dimming lights
can accomplish.
BOOM! CLANG!
Lights flash and settle on…
The drummer.
Your heart skips a beat
to stay in time with the drums.
Peering at the stage…
The singer starts some of her lyrics.
Her voice, angelic, offers the song
its life-giving blood flow.
She has everyone else’s hearts
in her hand.
The band picks up her voice
and carries it effortlessly.
Impossible to find anywhere else,
Is Nashville’s signature sound.

I feel the wind start to whisper and play around with my hair
In the cool crisp feel of the Mountain air.
We walk to church through the fog and come to an opening of dewy grass.
I know that this is the spot I will rejoice.
I feel love run through me as I see my family sitting close to me as we listen to the sermon and bow our heads in prayer.
The sun starts to rise as we come closer to the end and I feel as if my heart starts to dance as if I have seen the end but it is only the beginning of a new start.
I know that this is the start of renewal, once more, and spring has come in Tennessee

As I walk down the forest path,
I think of its past.
How did it start?
How did it begin?
A seed into a whole new world of life?
It is hard to believe.

Was it hard?
How long did it take?
It seems truly impossible to reach the heights it reached.

Sometimes I want to be it.
I feel like giving up.
It seems impossible to succeed.
So close yet so far.
Unimaginably far away from home.

The forest is beautiful and inspiring,
but it had to give up a lot to reach there.
Its journey of growth isn’t for everyone.

It won’t be easy.
It won’t be fair.
It won’t be kind.
It’ll be unimaginably hard for those who don’t believe it can happen. It believes in hard work, passion, dedication, courage, and strength. Only then will one become the amazing forest path.

Before the War of 1812
A lame chief roamed for many days.
Seeking the maiden of his dreams
Who lived beyond the laughing streams
And had great beauty to amaze.
And rushing into the village
He beheld his desired queen.
But her chieftain father refused him,
“I forbid because of your limb.”
And sending him away made a scene.
But he returned during the night
And stole for himself a bride.
They traveled to his own nation,
And had a lengthy celebration.
But because crimes can never hide
Their village became a lake so wide.

2 miles from the Mississippi,
Out in the good ol’ Tennessee backwoods,
Where the scarlet cardinals sit in forests of trees,
And the dogs bark, very curious about the red little things.

2 miles from the Mississippi,
Out by the winding Tennessee back roads,
Where jean jackets and boots are our favorite things, And a good ol’ cowboy hat is just what you need.

A fresh breath of the salty stream,
It flows through the soul,
drenching the air.
The inhale of the lost will powers,
it ceases the blast of iron rods.
With the ray of sunshine setting ablaze
to all hope of future leaves
to shed their color.
Why let the sprinkle of thunder crack
through the haze of the steady mind?
Calling for the strength
of the winged eagles,
it casts all its fear to the treetops.
Feasting on the scent of wilderness
it creeps along the seasons,
forming anew.
At least this wooded life is to be.

I become nothing
When faced with the chance of becoming
Everything.
Is it a lack of ambition
Or a lack of care
I’m met with my own
Nostalgic disappointment.
In the face of everything I feel less indebted
To inherit happiness and contentedness.
No bleak consciousness yet everything lacks warmth now. Is there any chance
I can inherit your tenderness?
I only hope to not be a child of ambivalence.
Nothing left but uncertainty
It’s all become a fantasy to me now.
I want to be a lot.
But I’m lacking in everything
So instead I will simply be nothing.

Don’t speak my love, it’s too cold There’s nothing that you should say
The midnight train is howling
And that train’s gonna take me away

The South is capped, a parallelogram’s
base, lest she float Northward and
become homesick.
A western Sun sets, hued blue, across
land carved by muddy Old Man
River.
The North is supported, flat as a
banjo’s pick, lest he float Southward
and retire early.
An eastern Sun rises, shadow-casted
valleys, as the moon shines in voluntary rebellion.
The map’s lynchpin, woven with black
borders, with twisted, dark roots
steeped in creeks that spread as fibers,
transmitting past into future, then into
history.
This solid state; cradling all, yielding to
none.

In the gathering cloak of dusk,
Stark branches stand in silhouette,
Reaching skeletal ﬁngers
Toward skies of unﬂinching steel.

In ﬁeld and forest shadows lengthen,
Gripping the soul with
Relentless, unrepentant chill.

Though clad in pallid hues,
Silently lie therein lie the seeds
Of new life,
Waiting patiently for cue.
The notes that faltered and waned
Revive…a faint but unmistakable Pianoissimo, but soon they bud And blossom into a gentle yet strong
Forte crescendo.

In midnight, there is dawn.
Life and hope never expired.
Soon song and light and spring
Will play center stage again.

Walk with me, take my hand
Down the dusty, bramble path
Where leaves turn gold
Lavender sunlight fades to twilight
Honeysuckle, sweet and intoxicating
Bring cherished memories to mind
Of hickory pews ﬁlled with voices
Rising louder in unison as the choir sings
Saints and sinners, bound together
Heads bowed in solemn praise
Oh how I wish the world could know
The tranquil peace of my beloved home
Seated atop the Tennessee mountainside
The tiny church on the hill
Makes my heart swell with pride

It seemed like yesterday,
but days long past,
it was fascinating to watch the old man
sitting under the backyard tree,
knife in hand whittling on a stick.
There he sat, content, relaxed,
creating a pile of shavings on the grass.
At his feet, his old beagle companion
Stirred only when given a tasty treat
Or by a pesky squirrel venturing
across the yard.
A voice would call from the kitchen door
“Dinners’ about ready.
You’d better come and get washed up.
Don’t want the biscuits to get cold.”
Amazingly, history repeats itself.
Under my backyard tree – there I sit.

OLD SYCAMORE TREES
DROPPING THEIR SEEDS
WERE THEY SPROUTS
ON THESE STONEY BANKS . MEANDERING STREAMS DOWN
GENTLE HILLS
ALWAYS MOVING
YET FOREVER IN PLACE

Walking these winter woods,
I come across four does who
Look at me with curiosity,
Matching my own interest
Of their furry beauty, winter coats.
Two are newly born just seasons ago.
I speak softly, their ears
Perked at my alien sound.
They are not afraid, but their
White tails scurry into the woods.
Walking these winter woods,
The trees are bare, no more
Summer leaves. But chirping
Birds don’t fret their nakedness.
And voice their joy at new found seed
Once overlooked and now discovered.
Winter woods only nap until
Longer days give them a nudge.