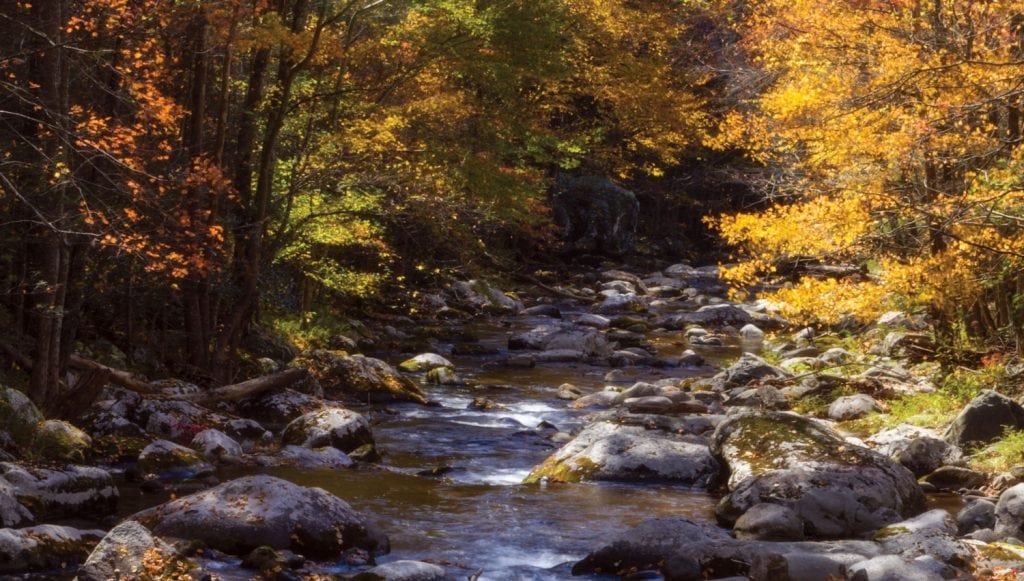 I really do love digital photography. If I were still shooting with film, I might have never gotten my camera out of the truck and instead just observed this scene, wishing for more even lighting. That’s because my favorite slide film, Velvia 50, could have never captured the range of light in this scene.

The tonal range from the deepest shadows to the lightest highlights would have simply been too wide for film to capture, and I would have passed up the opportunity. I would have had to sacrifice details in either the darkest or lightest parts of the image.

Digital photography allows me to capture a range closer to what the human eye can see. By being able to process RAW images in Photoshop, photographers can retain detail in the blackest blacks and the whitest whites — or, rather, the shadowed bank and the silky water areas of the image.

This photograph was taken later in the afternoon when the sun was filtering through the brilliant fall color but wasn’t directly overhead where it would have washed out all the highlights in the water.

I used a circular polarizer to cut out glare on the surface of the water and allow for a slower shutter speed, which blurs water, rendering a silky effect of movement.

When using a slower shutter speed, a sturdy tripod and cable release are musts. Each will help eliminate camera movement as the shutter is released. Any movement captured during a slow exposure yields an image that’s just not sharp!

Remember, when you are out shooting this fall, take only photographs leave only footprints! 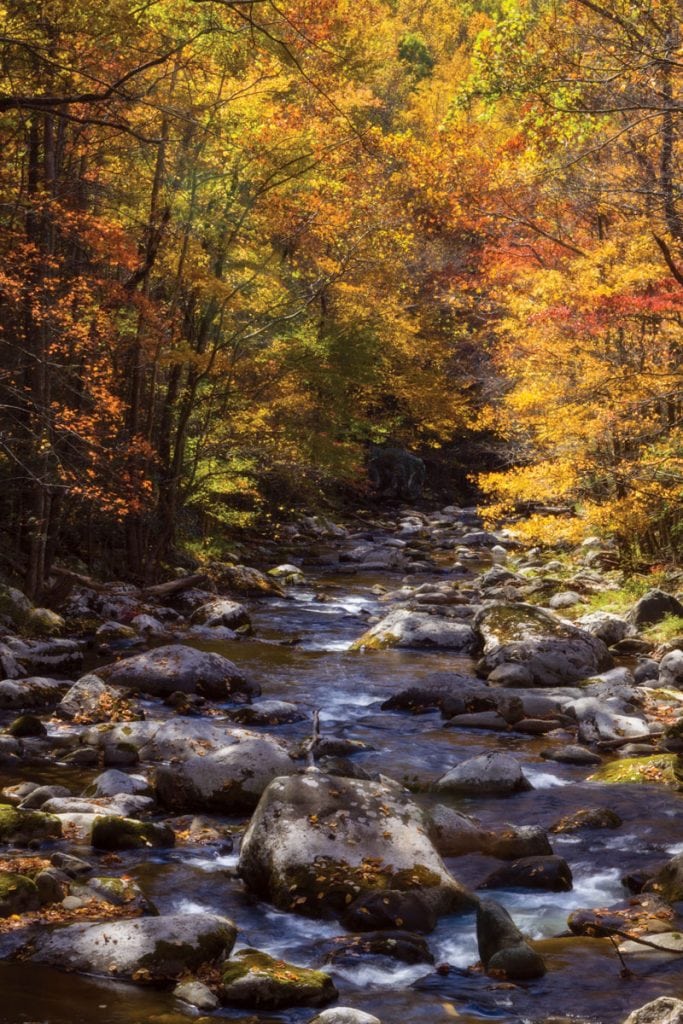