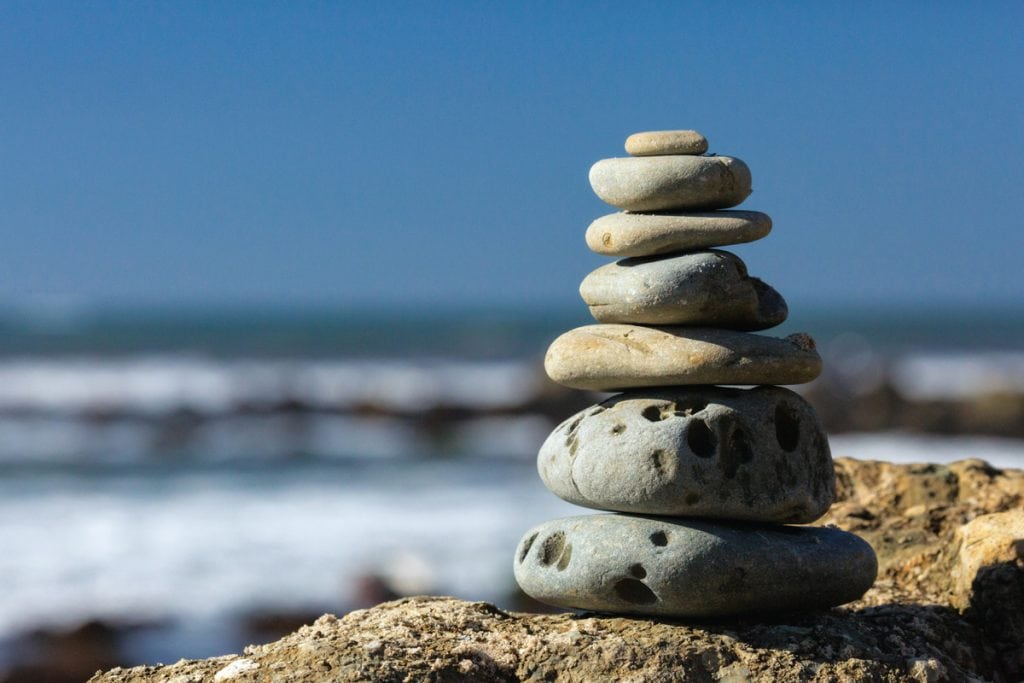 Several things make this an interesting image to talk about. Technically speaking, I was trying out a new lens and experimenting with higher ISOs than I normally use. Aesthetically and environmentally speaking, I’m wondering what’s going on with all the rock piles we’re seeing in countless selfies and other images posted on social media.

I came across this “cairn” on a San Diego beach, and the late-afternoon light was hitting it just right. I had been photographing pelicans and using an ISO of 1600. In older digital cameras, this would have resulted in “noisy” images with obvious pixels. Newer digital cameras, though, handle higher ISOs beautifully, allowing you to shoot with longer, slower lenses and faster shutter speeds, both coveted options for wildlife and sports photographers.

I had an internal discussion as to whether to document this manmade stone stack. You see, in environmentally conscious circles, these little monuments have become an issue.

True cairns began appearing thousands of years ago to mark trails, religiously important places and even “energy vortexes.” They had purpose and weren’t built merely for a photo op. Today, cairns have become much less significant in their meaning and can even be damaging to the environment in which they are built — almost like graffiti left by unwittingly invasive people.

At issue is the number of these that proliferate in any given area. Somebody sees one and decides he or she needs to build another. Cairns are often reproduced in escalating artistic renderings — bigger piles of rocks or more precariously perched stacks than the last.

This can disturb the environment from where the rocks were gathered. Moving rocks can wreak havoc on habitat for creatures living under them, lead to injuries when people fall while collecting their media, cause erosion of soil and just generally add visual clutter to nature.

All for a snapshot photo op. So the next time you seek peace and balance from nature, I suggest leaving the rocks where they lie and, rather, absorbing the sights and sounds around you to find that ease you’re after.