Photographers are presented with amazing opportunities as one season overlaps another. From frost on newly bloomed spring wildflowers to fall color outlined by ice and snow, weather can be a photographer’s best friend — or disappointing enemy.

Last year when I was in Townsend on assignment for a feature story, I had just such an opportunity. As I was spending a full day shooting fall color in Cades Cove and Tremont, the Weather Channel began calling for a winter storm. An early snowfall was predicted to drop as much as 12 to 18 inches across the mountains. I decided to stay an extra night in Townsend for what could be some rare and promising photographic opportunities.

It felt like Christmas morning when I awoke with the anticipation of opening the blinds to see if it actually snowed. It had. The early-winter storm covered the entire landscape in a foot-deep layer of fluffy snow. Roads into the Great Smoky Mountains National Park and from Townsend to Gatlinburg were closed until late in the day, but foot traffic was permitted. I put on several layers and set out to capture as many images as I could before the snow melted away. 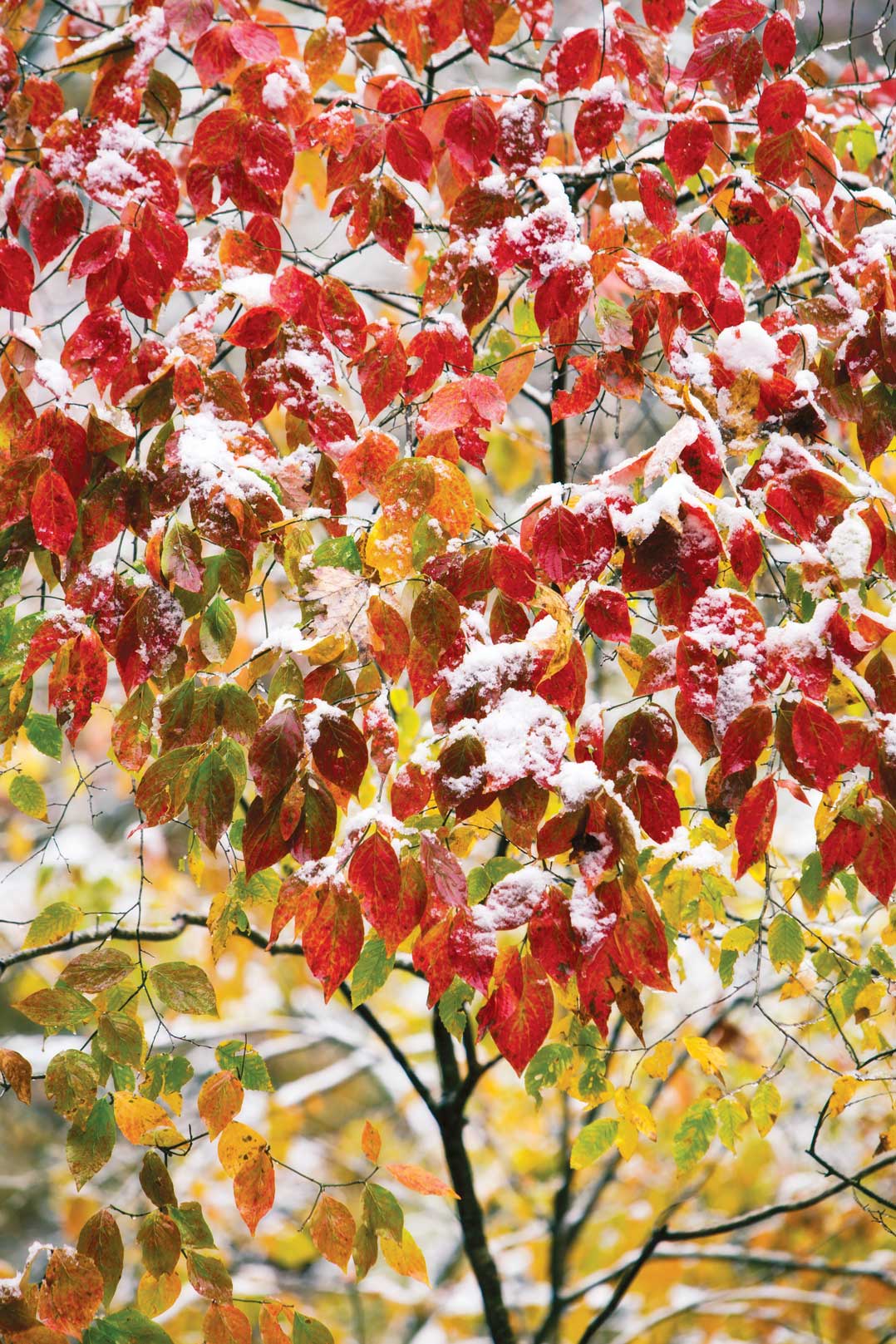