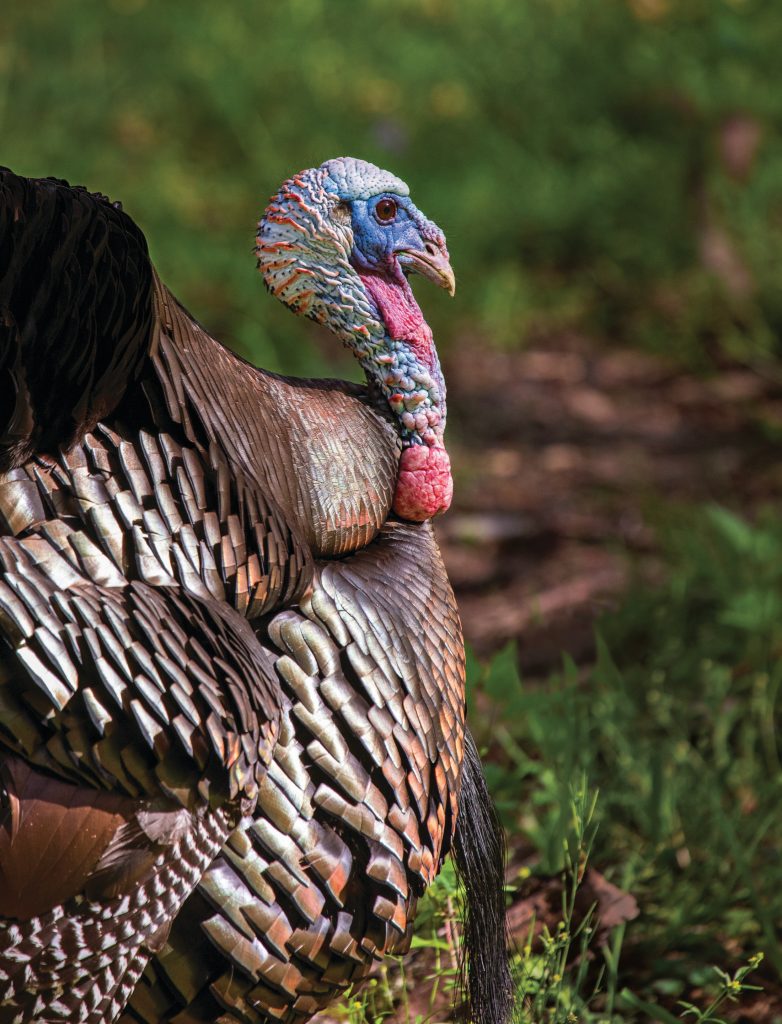 A century ago, hunting had nearly pushed the Eastern wild turkey population to the point of extinction. Through conservation programs, their numbers have rebounded with great success.

In Tennessee, wild turkeys can be seen and heard regularly. The population is thought to be about 300,000, according to the Tennessee Wildlife Resources Agency.

During an early morning walk at Radnor Lake State Natural Area in Nashville, I crossed paths with this exquisite fellow. He was staking out his territory between a group of hens and two other younger males, known as jakes.

Appearing to be some combination of dinosaur and bird, his skin and feathers had surreal colors and patterns all put together for this suitor’s majestic strut.

In the spring, turkeys are very active as males court females. Females will lay, on average, 11 eggs, which hatch in about 27 or 28 days.

The tom’s strut is obviously designed to put on a show for the females. As I quietly watched, he moved back and forth across the trail several times, herding the flock with tail feathers splayed in the sunlight. I remained quiet and still, and he paid me no attention, giving me several opportunities to photograph him as close as about 10 feet.

I knelt down to capture an eye-level profile with the background blurred. This angle and technique accentuate the sharp focus, texture and color of his head as well as the length of his coarse black beard.

Using a 100–400 mm lens, the depth of field is already limited, and the more you zoom in, the more the focal plane is limited, resulting in an out-of-focus background.

I also chose a fast shutter speed of 1/500th of a second to eliminate camera shake from handholding the camera. It was the perfect lens to have with me for this opportunity.

Take only photographs — leave only footprints!